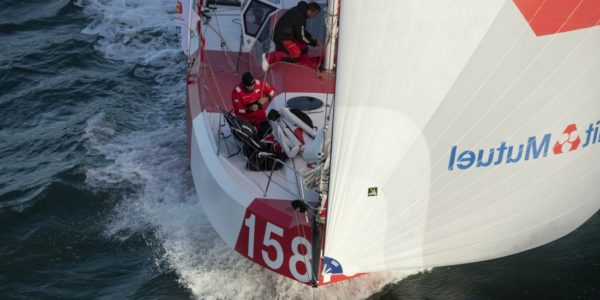 As they are now along Brazilian coasts, Crédit Mutuel (Ian Lipinski / Adrien Hardy) is still leading the Transat Jacques Vabre in Class40. This is already a step change performance for the scow bowed 40 footer which was only launched on August 13, showing very well against Mach 40.3, the benchmark design in the class to date. Designer David Raison talks here of the new boat’s performances but also of Maximum Team BFR Marée Haute Jaune sailed by François Jambou, which at the same time is in the lead in the Protos in the 2nd leg of the Mini Transat while his new Series built Maxis are not having it quite as easy.