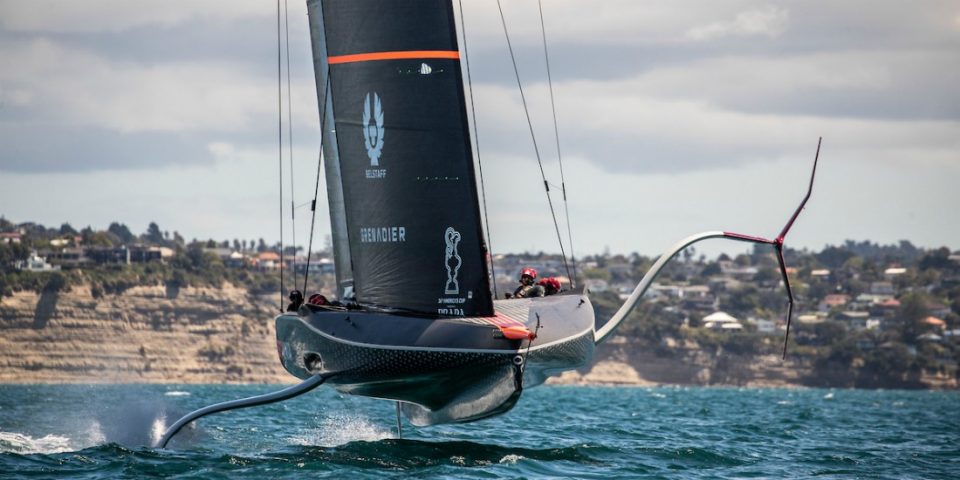 What are the differences between the new AC75s ?

On Thursday 19th November Emirates Team New Zealand were the last team to launch their second AC75, the boat on which the Kiwis will defend the 36th America’s Cup over the period March 6 to 21, 2021. Three weeks before the start of the America’s Cup World Series in Auckland, Tip & Shaft interviewed Martin Fischer, co-design coordinator at Luna Rossa Challenge, and Benjamin Muyl, chief engineer for the Ineos Team UK challengers, to understand design differences between the new, second boats of the four teams.

Did you have enough time to learn much from the first AC75s to carry forwards to the design of the second boats which were launched about a year later?
Martin Fischer: Between the launch of the first boat and the freezing of the design of the second, we actually had have very little time. So we saw some things, but we didn’t really get a lot of experience out of it. On the other hand we learned a lot about the build, the experience of the first boat allowed us to see where we could gain or add weight. In terms of the shape of the hull, we stayed quite close, because we were convinced this is the way to go. And I think that we were right, because the Americans and the English have followed.
Benjamin Muyl: Our second boat is very different from the first so obviously our choices were not the same. What we can say is that after seeing all the first boats, with on one side the challenger of record and the defender, and on the other American Magic and we have revised our ideas, at least in terms of the hull adding what is being called a bustle under the hull.

These were already seen on the first AC75s of Luna Rossa and of Team New Zealand, what is the bustle for?
M.F.: First of all, it is used for take-off itself: we realized that when we started to take off quite quickly at a certain boatspeed, say 10-12 knots, because the foil is already lifting but after that its was getting difficult. We therefore designed this catamaran type hull so that once the boat has reached this fairly critical speed, it compensates for the deficit between the lift of the foil and the weight of the boat. The aim is to have the behaviour of a multihull, that is to say to accelerate more easily. And it is important for touchdown phases (see below).

What differences do you see between the hulls shapes of the different AC75s?
B.M: We can see that there are two families: Luna Rossa, Team New Zealand and us on the one hand, who went narrow and American Magic on the other hand which has a very V-shaped hull at the front with a lot of volume. Now they have removed some from the back to be able, on take-off, to turn the hull with the bow in the air by putting angle in their foils. We, on the other hand, we take off almost flat, a little down on the nose itself, to clear the back of the hull.
M.F: There are also differences in the volume of the bustle. The Americans seem to have very little volume, the English some more, while we and New Zealanders are somewhere in the middle. There where Team New Zealand is a little different, is that, much like the Brits, they completely separated this ‘thin hull’ from the rest of the boat, we really see a break between the two, as if it has been stuck underneath. We did it in a less extreme way. They have also tried to increase the freeboard of theirs so that it really needs to sink deep into the water before the rest of the boat really touches the water, especially at the front.