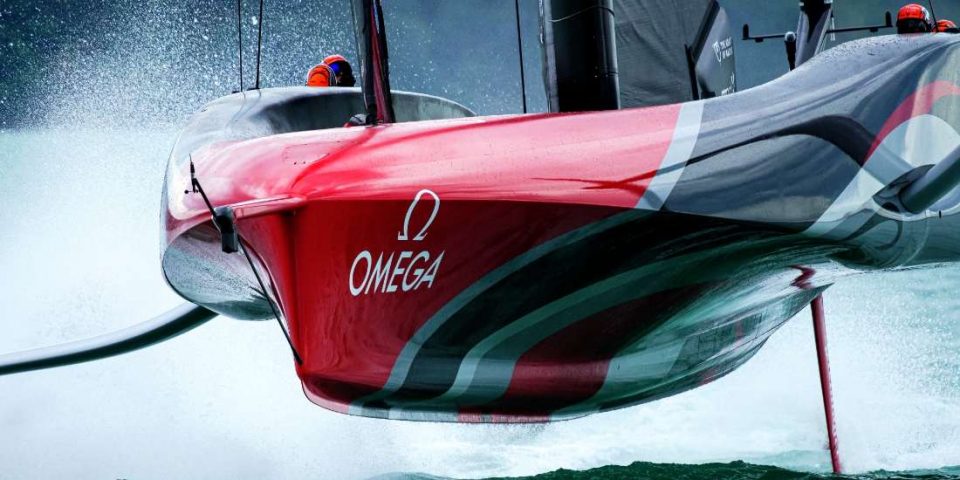 What we learned from the 36th America’s Cup

The 36th America’s Cup was retained by Emirates Team New Zealand on Wednesday with their 7-3 victory against Luna Rossa Prada Pirelli. Tip & Shaft reviews this edition with the views of experts involved in this campaign: Martin Fischer, Francis Hueber and Philippe Presti from the Luna Rossa camp, Gautier Sergent and Antoine Guillou for Ineos Team UK, Arthur Rozand for American Magic. And they are aided and abetted by the expert observers, Bertrand Pacé and Franck Cammas.

Each edition the experts come to the same conclusion, the winner of the Cup is always the team that has the fastest boat. That has held true again on this 36th edition. “The Kiwis had a clear advantage and I think it would have been even more obvious in the breeze” asserts Antoine Guillou who was alongside Benjamin Muyl on the design team at Ineos Team UK. “The Italians were lucky to have the conditions that were more suited to them and that allowed them to capitalize on their good starts. But as the racing progressed the New Zealanders plugged their  gaps especially on manoeuvres and their speed advantage ended up paying off.”

Franck Cammas, skipper of Groupama Team France on the 35th Cup, adds: “The speed difference was not huge but it was enough to allow the New Zealanders to win even when they ended up starting behind. We felt that the Italians were trying to stick their elbows out to stop the Kiwis from passing but the converse was not the case when the Kiwis were in front.”

This higher speed potential constantly put the pressure on the Italians who occasionally got it wrong. “When they made a mistake, they paid for it big time. They had to have sailed all perfect races to win it” notes Gautier Sergent, the boss of North Sails France who was seconded to the British challenger on the Cup.

Monday saw the Kiwis make the break, from 3-3 to 5-3, two races that Luna Rossa had the opportunity to win, in that sense was decisive. This is conceded by Philippe Presti the French coach of the Italian challenger: “It was the day to do the job. We missed a bit then. At 5-3 in our favour, we could have still shaken them up and done more.”

Did the two helmsman system developed by Luna Rossa reach its limits when it came to resisting New Zealand pressure ? “It worked as long as there was no quick decisions to be made I found the decision-making process of the Kiwis more cutting edge“, says Bertrand Pacé who has seven Cup campaigns to his credit.

Defending in the Italians corner is Philippe Presti: “We took a bit of advantage in the initial phases in having two tactician helms made it possible to be reactive, on the other hand when the tactician helm spends half the time looking at the foil to try to maintain his height above the water, he sees nothing and it drains energy and focus on a task which is very mechanical. So what we gained on the one hand, we lost on the other.”

“TNZ’s strength is their ability to take risks”

All our experts recognize the superiority of the New Zealand AC75, praising the work of the design team led by Dan Bernasconi. “They did a job which was magnificent in terms of the ingenuity, the detail and innovation. Everywhere they have pushed the design to the limit”, says Francis Hueber, the naval architect who is a specialist in CFD, who was part of the design team at Luna Rossa.

“TNZ’s strength is their ability to take risks and go to where other teams don’t necessarily dare to go. They didn’t win because they had one incredible idea that the others did not have, they won because they did a lot a little better” Antoine Guillou analyses, “We can see it in particular with their small foils: everyone knew that it was a good idea, but we were all a little afraid that it would not work in light winds or we would have cavitation concerns. The Kiwis were able to find solutions to make it work.”

Arthur Rozand who was part of the American Magic design team adds: “We expected the small foils to be problematic in the phases of maneuvering or instability, especially in light winds, but in fact no, they managed to keep a very efficient boat up, proof that they had other components allowing them to compensate for this potential weakness.”

One thing for sure according to Gautier Sergent was “a great aero package, with the foot lowered to gain mainsail area and a cockpit designed to have a very, very clean flow.” And the boss of North Sails France adds: “The Kiwis also understood that it was necessary to be able to handle the power of the sails, they have developed solutions to bend the mast enough and have very flat sails which have very little drag but while retaining power. It was all very smart, you can see that they’ve really mastered the concept of these boats.”

Martin Fischer, co-design coordinator of Luna Rossa, confirms: “They were very good on the sails and the rig in general, with a slightly different approach from the others, a more curved mast which has given an advantage. I also see the aerodynamics of their hull to be very clean. There are several little assets that allowed them to accumulate advantages that turned into a significant speed advantage.”

Still, according to our experts, it was a proper, close match, all give credit to the New Zealanders for launching a new type of boat, while many started out quite skeptical. “When we received the rule, we weren’t all convinced it was going to work but in the end, we had a magnificent Cup, with very efficient boats and real match-racing,” said Arthur Rozand.

It’s the same story with Martin Fischer: “A lot of people were negative, I myself was not 100% convinced that it was the right boat to give rise to close racing but we have seen some real match-races at speeds of 35-40 knots and that was exceptional. ”

Francis Hueber shares this enthusiasm: “They managed to reconcile the traditions of match-racing with very high technology and that was awesome. It was great to reconnect with upwind starts the suspense of the first crossing that does not exist with reaching starts. That adds spice.”

For Franck Cammas, “The concept of the boat had only been studied in simulators the real boat was almost beyond what one could imagine. It was also nice to see the public’s enthusiasm for such a sailing event, we have really seen a nation behind their team, like they get behind the All Blacks. These are good signs selling the America’s Cup ”

How many teams for the 37th Cup?

How can we ensure that for the 37th edition there are more than four challenges at the start of a Cup for which the Challenger of Record will be Ineos and which will again be raced in AC75 (the first details including in particular a reinforced nationality rule were announced this Friday). “They should allow new teams access to the technology and the existing engineering. With 20 million euros per year, you can do something good if you have access to part of it”, thinks Bertrand Pacé.

Martin Fischer adds: “We can imagine making part of the control systems one design to make it less of a headache technically and thus facilitate the entry of new teams. There will also be second-hand boats that will be for sale, a boat of the first generation can go a long way in gaining experience.”

In addition to the defender and the new challenger of record, Patrizio Bertelli, boss of Luna Rossa, claimed that the Italian challenge would be probably be back next time, nothing has yet officially been heard from the side of American Magic.

What about other possible entrants? Recently asked the question, Ernesto Bertarelli, boss of Alinghi, did not rule out a return of the Swiss challenge. Several of our experts believe that Stars & Stripes had to give up before the 36th Cup kicked off, remain interested.

“We are going to have some surprises with new teams who are going to appeal to new commercial markets some very good teams with the means to win., contends Franck Cammas who is sure of his proposition, but without saying more. “That is further proof that this edition was popular and that the Cup remains attractive and addictive for those who have had a try ” Including for Cammas himself who is again in the campaign to find funding: “Team France has been restructured, we have quality people, including a new president [Antoine de Véricourt], we’re starting to have some interesting meetings to fund a project with a very long-term vision.”

What remains to be seen is to know the exact format of the 37th edition. The possibility of a unique match in Cowes between Emirates Team New Zealand and Ineos has been mentioned by various media in New Zealand and Europe. Francis Hueber comments: “With Covid the final balance sheet of costs must be complicated for the New Zealanders while Ineos have plenty of money, they want to win, so it’s a good guess. But I think it would be a bit too much for the Kiwis to pass it on to their supporters and the Cup’s community as they regularly complain about teams that have plenty of money. And if it all happens in a short time, for example in 2022, and everything else is in place that may allow new teams to start their development or to see money for an event with visibility which can be interesting.”