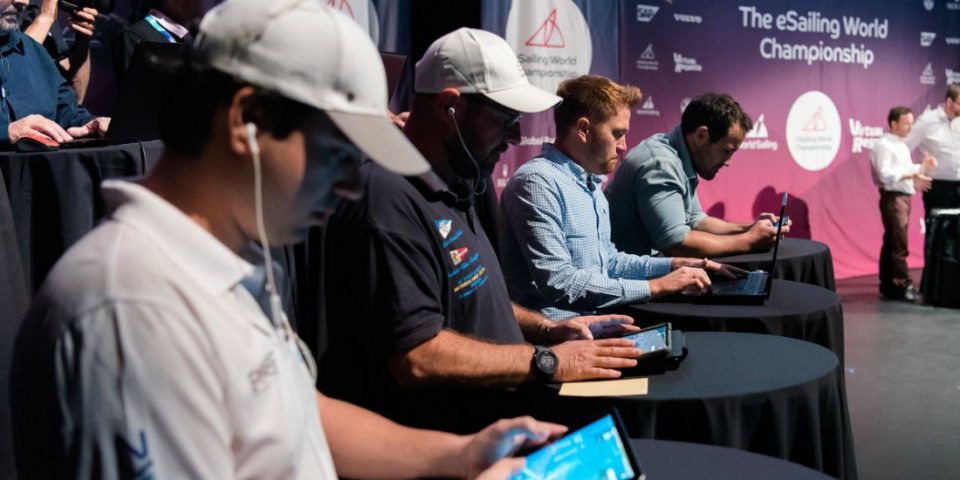 After a first edition in 2018, which saw 169,000 players competing around the world, with victory going to a French gamer, in late January, World Sailing launched the second edition of the eSailing World Championship. The international federation, aiming to encourage sailing, received the support of the organising committee for the 2024 Paris Olympics at the end of February and announced that an e-sailing competition will take place at the same time as the new Olympic offshore race.

The first world champion in the history of eSailing was a Frenchman or to be more precise a Breton, Elouan Le Coq, who won the final last October, which was organised alongside the World Sailing AGM in Sarasota. This maiden edition, launched by the international sailing federation with Virtual Regatta, the French company, which develops and sells games of the same name, brought together 169,182 gamers from 74 countries with France out in front with 27.59% of those taking part ahead of Italy (11.46%), the U.S.(6.95%), Spain (6.11%), Britain (4.34%) and others.

“The 2018 eSailing World Championship was a bold move by World Sailing. Our goal is to develop our sport in all its forms and the fact that this brought together 169,000 people is proof that this first edition was a huge success,” said the CEO of the international sailing federation, Andy Hunt in late January, before adding, “It’s important now to build on this success and to continue to attract sailors and non-sailors. The goal of this game is to allow our members [national federations – editor] to increase the participation in our sport.” President of the FFVoile, Nicolas Hénard, told Tip & Shaft on Thursday, “World Sailing did not miss the train here. They were at the vanguard in spreading this around the world. This world championship was a fantastic idea and on top of that, there was a French victory!”

After this success, at the end of January, World Sailing unveiled details of the second edition of the World Championship, the final of which will take place during its annual meeting at the end of the year in Bermuda. The international sailing federation also announced the creation of national championships, once again in partnership with Virtual Regatta, including in Britain, where it was officially launched last week by the RYA. What about France? “We are in talks with Virtual Regatta to launch the first French eSailing championship later this year. It’s important that France plays the game and helps World Sailing to get things moving with the times,” explained Nicolas Hénard. Germany, Brazil, Denmark and others are set to follow.

All this pleases Philippe Guigné, the boss of Virtual Regatta, whose goal is to attract more and more players to the world championship. For the first time, the company has put up prize money of 10,000 dollars for the 2019 edition, involving an inshore game, the new version of which was launched last year. “In 2018, we had 250,000 gamers taking part, which is loss-making for the moment, as there are not enough paying players, which is normal during the set up phase. The economic model of a free to play games publisher like us is to offer free access, so that the user gets the taste for playing and then signs up for options or subscriptions.”  Where does the profit begin? “We usually say that a free to play game is only profitable with more than 2% of players paying, and with 5%, you are doing well and with 10% you are a king,” explained Philippe Guigné.

The offshore game developed by Virtual Regatta, as they did for the Route du Rhum, which brought together 280,000 gamers, attracts more people for the moment than the inshore race. Philippe Guigné talks about 5-10% of gamers paying for this blockbuster. But the former JOD35 specialist fully intends to find the right economic model to make the inshore version profitable.

On 21st February, the Olympic organising committee for the 2024 Paris Games, unveiled the four new sports included in the programme (break-dancing, climbing, surfing and skateboarding), and announced the launch of an eSailing event open to everyone, based on the new mixed offshore race that will be included in the Olympic programme in five years from now. “This was great news for us, as it is an opportunity to be associated with the world’s greatest sporting event,” said Philippe Guigné.

In the coming weeks, he will be meeting up with Tony Estanguet, head of the organising committee and his team to start work on the project, which was presented officially as follows. “Paris 2024 wants to enrich and prolong what the international sailing federation, World Sailing is doing by including the ocean race in the 2024 Paris Olympics. This new sport, if it is approved by the IOC, will benefit from huge coverage at the site and on TV around the world, but it will also attract amateur sailors. Thanks to e-sailing, the latter may be invited for the first time in the history of the Games to see how they measure up against the world’s best in real time and on the same course as the Olympic sportsmen and women,” explained the Committee’s press pack, where it also states that “the e-sailing event will not be part of the official Olympic programme,” which means no official medals will be awarded.

“There will be a virtual gold medal,” smiled Nicolas Hénard, who concluded by saying, “I’m delighted that the only eSport event talked about for the Paris Games is the eSailing event, which recognises the importance of our sport and rewards the initiatives taken by the Federation and World Sailing.”