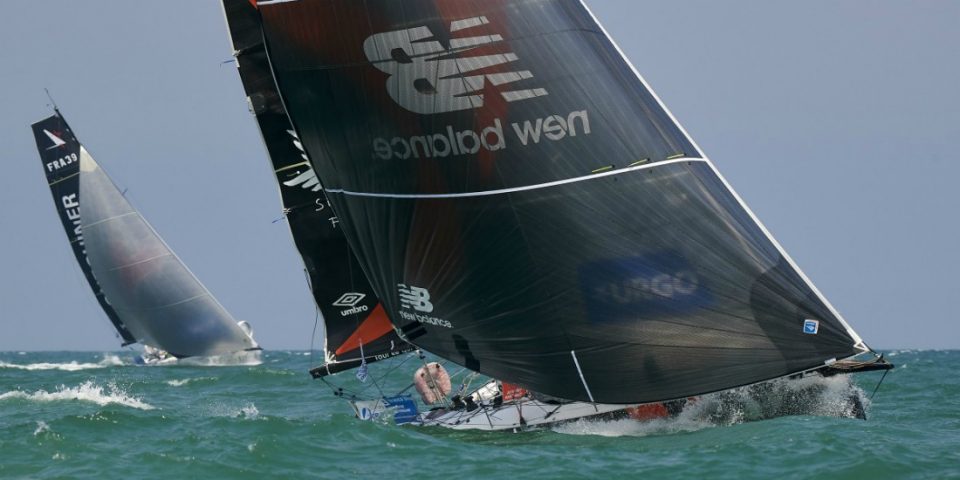 All about the 2020 Figaro’s season

The Figaro season will kick off on 13th March with the Solo Maître CoQ, which comes before the big event of the season, the Transat AG2R La Mondiale. Both these events are part of the French elite offshore racing championship along with the Le Havre All Mer Cup and the Solitaire. Changes to the Figaro 3, the new programme and line-up… Tip & Shaft looks at the key features for 2020.

Figaro 3: being tested in the Transat AG2R La Mondiale

After a first year in which, according to Yvon Breton, president of the Figaro Bénéteau class, the new Figaro 3 “went through a hell of a lot,” the second season looks calmer in theory. “Last year, everyone was just discovering the boat and there were a lot of technical problems. Now we’re moving into the second season with boats that are operational from their launch and the knowledge acquired last year should enable everyone to focus on more specific elements, such as the sails,” explained Fabien Delahaye, who is back in the circuit again this year.

So, are all the teething problems over? “Everything to do with the mast is behind us; as for the leaks around the foil housing, it is not yet over, but if you are careful during the preparation phase, there should be no need to worry,” responded Anthony Marchand who is setting off again. In a transatlantic race, we may well discover other problems: some small elements have tended to be left to one side to save money. That is only normal, as we wanted an affordable foiler, but at some point we are going to have to deal with them.”

The Transat AG2R La Mondiale is going to be another new test for the Figaro 3, the rules for which were modified during the winter with in particular the obligation for all the boats to be fitted with non-submersible features (NF Habitat sank before the Tour de Bretagne last September). “We had to adapt to requirements from insurers to continue to be insured,” explained Fabien Delahaye. Christian Ponthieu, the new technical coordinator for the class, explains: “There will be foam in the forward section and inflatable sausage shaped elements on each side of the engine aft. Prototypes are just about to appear and production will start once they have been approved, before giving priority to equipping the boats that are going to do the AG2R.”

While the Figaro 3 still has to overcome some of its teething problems, the boat is nevertheless appreciated by most of the competitors. “The boat is more ‘virile’ than the Figaro 2 which had become a bit like a boat for a Sunday driver. We stayed under big spinnaker and full mainsail up to 35 knots of wind; now in the same conditions, you quickly replace the spinnaker by a gennaker. You take in a reef or two and we are into classic manoeuvres,” confirmed Anthony Marchand. For Christian Le Pape, who is head of the Finistère offshore training centre in Port-la-Forêt, “The boat is much livelier and requires care and precision from the skipper in a race like the AG2R, so no one will get any rest. It will take commitment with a lot of attention to angles, which we don’t yet know that well.”

Programme: a successful AG2R, while some unknowns concerning the Solitaire

The French elite offshore racing championship will include four events this year: the Solo Maître CoQ, theTransat AG2R La Mondiale, the Le Havre All Mer Cup and the Solitaire du Figaro. Three other races outside of the championship are in the programme: the Solo Guy Cotten in Concarneau, the Spi Ouest-France and the Drheam Cup which offers Figaro racers an opportunity for a dress rehearsal a month before the Solitaire.

The two main events of the seasons will be the Transat AG2R La Mondiale and the Solitaire du Figaro, both organised by OC Sport Pen Duick. The first looks like being a success in terms of the number taking part, which should be around 25% higher than in 2018 (19 boats). “So far we have 21 boats registered with a few extra projects, which lack a little funding,” explained Marine Derrien, head of operations at OC Sport Pen Duick. “In all, we are expecting around 25 pairs, including five or six mixed, which we wanted to be a key feature for this race. The arrival of the new boat has helped increase the numbers. This will be the first transatlantic race for the Figaro 3, but there is also the future Olympic mixed double event in the Paris Olympics in 2024. For example, among those registered, there is an American pairing, who have their eyes firmly on that event.”

Many of the big names will be present including Armel Le Cléac’h (with Erwan Le Roux), Anthony Marchand/Alexis Loison and Xavier Macaire/Morgan Lagravière, and not forgetting Yann Eliès, Gildas Mahé, Pierre Leboucher, Fabien Delahaye (whose co-skippers are to be announced shortly). The young generation will be represented by Martin Le Pape, Sam Goodchild, Benjamin Schwartz, the duo formed byTanguy Le Turquais/Julien Villion, the Macif skippers (Pierre Quiroga/Erwan Le Draoulec) and those from Bretagne CMB (Loïs Berrehar/Tom Laperche), while there will also be some new names: Amélie Grassi/Ambrogio Beccaria, François Jambou with Tom Dolan, Nils Palmieri with Justine Mettraux….

As for the Solitaire, the situation is not as clear, as although we have known since November that it will start from Saint-Brieuc Bay, the rest of the race course is still to be announced. That led Anthony Marchand to say, “I’m lucky in not having to find a partner, but I don’t know how the youngsters are coping. It’s not simple selling a project to sponsors without knowing the ports for the Solitaire.” Recently appointed Solitaire du Figaro project leader at OC Sport, Alex Picot replied: «”We will try to announce the course as soon as possible, but it is not that easy when you are in talks with several local bodies at the same time with discussions… And it is particularly complicated in an election year, which is the case this year with town council elections.” When will we discover the race course? “We gave ourselves the deadline for publishing the Notice of Race and all of the course info by 20th February,” replied Alex Picot.

Faced with the absence of a headline partner since the end of the contract with Urgo, he wished to bring an end to the rumours that there would be a “slimmed down” race course: “The date and the format are already known, with three big stages and a sprint from 25th August to 20th September.” As for the search for a headline partner, Joseph Bizard, development and sponsorship director at OC Sport Pen Duick, explained: “We still hope to find someone for this year.” The cost of getting involved? “The race positions itself for around 1 million euros.”

Training centres: a match between Port-Laf and Lorient

For many years leading the way in the Figaro circuit, the Port-la-Forêt centre which includes 19 Figaro racers this year, has experienced increasing competition from the group in Lorient based around the trainer, Tanguy Leglatin (Mahé, Delahaye, Le Turquais, Mettraux, Nebout, Grassi, Schwartz, Dolan…). The latter seems to be a victim of his own success, as when asked if he was being forced to put a limit on the numbers, replied: “That is what we are looking at now, particularly as I have had requests from people not preparing for the Figaro season, in particular, foreign federations who were thinking of racing aboard the Figaro 3 as a way to prepare for the Paris Olympics in 2024. Consequently, I’m thinking of taking on someone to help me.”

As for Port-la-Forêt, with the French training centre, there was no way they were going to accept that sort of request, admitted Christian Le Pape: “Here we will be trying to protect French know-how, so it will be increasingly difficult to welcome foreign racers, or if we do so, it will be in very clear exchange programmes.” Questioned about the competition from Lorient, the later added: “It spurs us on and raises everyone’s sights in France with some solid competition for the Centre, which is no longer necessarily positioned as the favourite. Some strong teams are training elsewhere: Xavier Macaire and Morgan Lagravière [in Saint-Gilles Croix-de-Vie with the Vendée Training Team, which should have six boats this season – editor’s note], Gildas Mahé, Pascal Bidégorry… We have particularly focused our attention on the youngsters, as we have seven sailors under 26 years of age.”