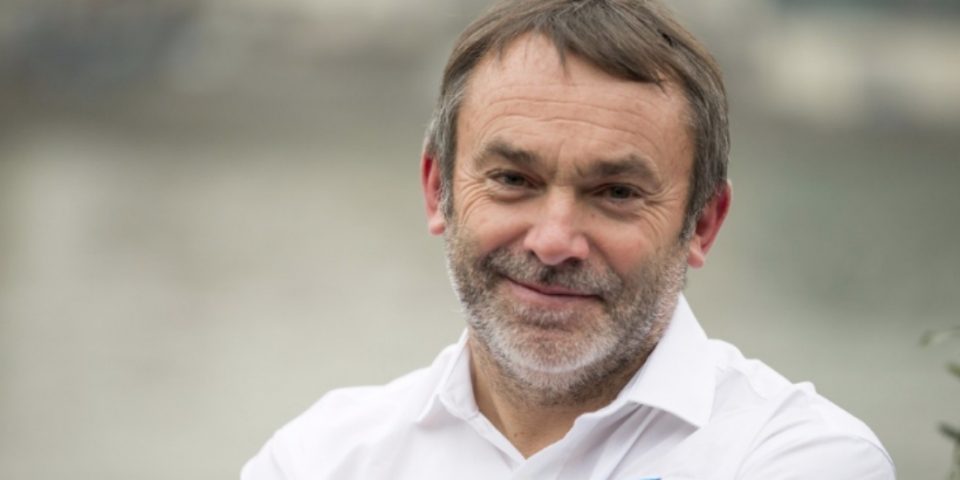 How many sailors will compete in the Solitaire and have you had to refuse any entries?
There will be 47. To qualify, skippers had to finish one of the two preparatory races; the Solo Concarneau or Solo Maître CoQ, and for those who did the latter, they had to finish the long offshore race in a time imposed by the organizer. Only one skipper, Andre Morante couldn’t satisfy these conditions and though I could have taken his results in the double-handed Sardinha Cup but unfortunately, he did finish any of the legs. It’s never easy to make that kind of decision, especially as his skills as a sailor are not in question, but it was necessary to stick to the rules.

Of the 47, some have still very little solo experience on the new boat, is this a worry?
There is bound to be some concern, even for those who have sailed quite a bit, because until now there have been only 48-hour races. We have seen that in particular after 48 hours the sailors were very tired and that there were significant differences between the first and last finishers.  With the Solitaire the legs will be 30 to 40% longer and so we decided on this edition to further reduce the maximum elapsed race time for each leg. Skippers can finish in an elapsed time of only 20% more than the winner of the leg, versus 30% in previous editions. This is to safeguard some and allow them to have enough recovery time between two stages, we must avoid the phenomenon of too much accumulated fatigue and having very late, isolated people out there on their own worries me. I will focus a lot on fatigue management during the briefings especially for the rookies.

Does the race management have the power to stop a skipper from taking the start?
On paper no, not from the moment he has his qualification in his pocket. That being said, it happened in the past that I’ve had to ask sailors to abandon a stage so they can be ready for the next one. Two years ago it happened with Nathalie Criou, she was on the first stage between Bordeaux and Gijon and it was a good decision that meant she could finish all the others. The same thing happened last year, she was advised to return to port at Roscoff at the end of the first leg rather than continue to Saint-Brieuc, so that her preparateur could join her and she was less tired for the second stage. Sometimes we will discuss a situation with the race doctor, if we see a skipper who is having physical difficulty, it is our responsibility to recommend them not to go to sea.

The Figaro 3 being faster than its predecessor, did you have to improve or update your presence on the water?
Yes, we have a new boat from Bob Escoffier’s fleet that has just been launched. It will follow the head of the fleet and act as race direction and cover the media monitoring of the race, this year the doctor will also be on board [previously they were on the mid-flee boat, Ed]. This new boat has a max speed of 25 knots peak and an ideal cruising speed of 16-18 knots which is good. For the back of the fleet, we keep the same, Kriter VIII, which doesn’t go very fast but has the advantage of having a large VHF range, we also keep Etoile which will be in the middle of the pack [formerly at the head of the fleet, Editor’s note].

Now let’s talk about the racecourse. Created by taking into account the theoretical polars for the new Figaro 3, when you look at the boats’ performance since the beginning of the season, do you think any changes will have to be made?
If we look at the speeds of the boat, there is in principle no need to reduce the distances. The Figaro 3 has a big speed potential compared to Figaro 2 and even in the light weather, including upwind. What might possibly pose a problem and push us to shorten the courses is the tiredness of the sailors towards the end of the race. It will be up to us more than ever to listen to them and what we see on the water. In any case, all race courses are adaptable: on the first leg, if necessary we can choose to go directly to the Fastnet, without going around the isle de Yeu, or not to go around the Fastnet. On the second leg it’s already written in the race instructions, we can choose not to go to the Isle of Man and instead head directly to the English coast; the last two make it possible to regulate distances at any moment.

The beginning of the season was marked by few technical problems, especially with the spreaders, are you happy this has been resolved now before the start of the race?
From a safety and security point of view, we made a big leap forward, since all the spreader bars have been modified and changed, I think everyone is reassured. Then, with regard to the foil apertures, these were also addressed. We still have to keep an eye on the VHF communications: we had problems between the two mounted antennas, so one was removed and replaced by a “splitter”. We haven’t yet been able to check this modification in AIS race conditions and see what the transmission capacity is now. There are some deliveries happening in the next few days, and I will be working with the skippers to do VHF tests with semaphores far enough away, or between them if they are very far from each other. This is a point that worries me a bit because everything is based on the VHF in the Solitaire: the weather is given to the VHF, security and media vacations too.

A word about the respecting the one design, which has given rise to a lot of discussion and tension in recent years?
It is clear that there are discussions, especially with everything that has been done on the boats lately, now, I do not shy from taking a responsibility, but it is not the race director or the race organizer to address these issues. It is the class that must shoulder its own responsibilities and they have done just that. There is a new board, a new president [Yvon Breton, former director of sponsorship of AG2R, Ed], they have employed a technical expert, Sam Marsaudon [former owner of Marsaudon Composites, Ed], to take care of all these topics; it’s a great outcome and it shows that the class is able to react. I think everything will be in working order for the Solitaire, it has to be! Nonethless, we must remember the new boats were delivered in January and we have 47 of them lined up for the start of this La Solitaire URGO Le Figaro and all the skippers can be proud of that.

What inspires about the level of this 50th Solitaire?
Director of the organisation OC Sport Mathieu Sarrot has said that it’s like gathering all of football’s winners of the Ballon d’Or which is a good reference, I have never seen such a level.

If you had to name favourites, who would you say?
Usually that is dead easy to answer. But it is imposssible this time to guess a podium. One important factor will be the ability to refine and update settings and modes, there is so much still to learn. We saw in the pre season races how much difference small changes made by guys like Yann Eliès, Armel Le Cléac’h or others, who have this experience and ability to find the little things that can quickly make the difference. But that applies to the free thinking young rookies, some of whom are pushed by their training groups to find these little details but that too applies to older guys like Loïck Peyron who has done some nice things. We can expect some big surprises. And the endurance factor, sheer determination and stamina will be just as important. You have to be able to stay lucid all the time.

Have there been any surprises so far?
Achille Nebout, who won the first round of the Solo Maitre CoQ, he is quiet and discrete but has been in the match all the time. And with the rookies Tom Laperche is a serious prospect. I think Martin Le Pape is sharp and always in the game, he also has now accumulated a lot experience. What is nice this year is that the training centers have all grown, between Port-la-Forêt, Saint-Gilles and Lorient, we see that the all the approaches to the new boat are different. And between the centres it will be even more competitive.