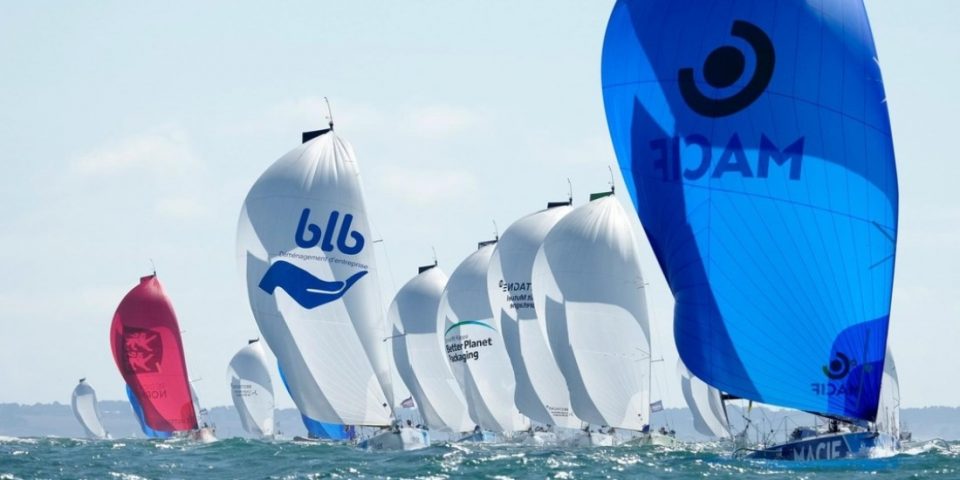 How the Figaro class is looking to relaunch

The Figaro Beneteau class held its general assembly on December 9. There the 2022 calendar was adopted and the creation of an Academy was validated. This initiative is intended to facilitate access to the circuit for newcomers. This is seen as a necessity for a class which is seeing the number of participants on the circuit dropping.

With just 34 participants competing, the 2021 edition of La Solitaire du Figaro had the fewest entrants for more than 20 years. This is a downwards trend which contrasts with other offshore classes. “We realize that things are sold out on the Mini Transat and that there are plenty of new projects in Class40, while for us, there seem to be less and less people“, recognizes Estelle Graveleau, Director of the Team Vendée Formation and member of the class’s board of directors.

The explanations are diverse. “Unlike other races which are based on flagship events every two or maybe four years, the Figaro class needs to organize its main race, La Solitaire du Figaro every year. In itself that was a feat last year to run the race but we have suffered more than others from the health crisis, it was very complicated to set up a schedule,” says Marcus Hutchinson, who has just been elected vice-president of the class.

The success and strength of Class40 also has an influencing role, attracting Figarists who wish to change class (Corentin Douguet, Martin Le Pape, Pierre Quiroga, Xavier Macaire, Alexis Loison…..) and diverting sailors who might have gone down the Figaro route. “I think that without this competition, some would have come to the circuit, for example someone like Amélie Grassi”, confirms Benoît Mariette, skipper of Générations Senioriales.

The Solitaire du Figaro project manager at OC Sport Pen Duick, Alex Picot adds: “It should also be noted that the other classes are structured in terms of their calendars. Where traditionally, you had room between two editions of the Vendée Globe to do the Figaro, that is becoming less and less the case.”

Another explanation: “The abandonment of the mixed doubles offshore race from the Olympic programme was undoubtedly a buffer while we felt that it was struggling a bit especially on the foreign side,” notes Yann Eliès three-time winner of the Solitaire. “And I think the circuit level is perceived as a bit scary, we have to manage to reduce that perception.”

Too tough, too elitist, the Figaro? “It can actually scare beginners who do not necessarily want to learn finding themselves at the bottom or lower middle of the scoreboard,” responds Alex Picot. “Guys like Tom Laperche who perform well from the outset are rare, but sailors come in with high expectations, but the Figaro is will serve them all their lives. You just have to look at the podiums of the last Transat Jacques Vabre or the Vendée Globe to see that the Figaro remains a real school of performance.”

In fact it is a school, an arena, that amateurs are turning away from more and more. “At one point we did not pay enough attention to these forty-something business guys with the means who could come to our circuit but who now prefer, to go and do a Transquadra spending the same amount of money. It will be hard to get them back” notes Yann Eliès.

Between racing and master class

However, the picture is not quite so gloomy as some of our interviewees note. “This year, there were 12 rookies on the Solitaire out of 34 registered the largest proportion for a long time.”  Hutchinson says. “It proves that the class retains a certain appeal. And when you hear the leading guys in the Mini Transat announce their intention to switch to Figaro, you tell yourself that the circuit is still a key arena“, adds Benoît Mariette.

Based on this observation, the class in partnership with the French Sailing Federation have decided to launch its Academy in 2022, with one objective: to facilitate the integration of new entrants, especially foreigners and women. At three circuit events – from the Academy training course in March and new race called Les îles du Ponant in April and the Drheam Cup in July -, sailors and coaches will be offered support in the form of briefings and debriefings, provided in particular by Eléonore de Grissac, general secretary of the class, and Christian Ponthieu, consultant on all technical aspects.

The Academy school-race, organized in March by the Vendée Formation Team in Saint-Gilles-Croix-de-Vie, will even go much further: the idea is to mix in double-handed racing to fast track learning and a master class on the measurement, administration, racing rules, jury, communication….. The idea appeals to Yann Eliès: “It’s interesting. Today, there is such a high level of demand, formalities and rules that makes a lot of things to learn and take on board for the racers and the trainers, so it will allow new entrants to save time.”

The class also wants to open up more to multi-class races: it had started to do so in 2020 on the Drheam-Cup, which is still on the program in 2022, just like the Grand Prix Guyader. “The idea is that those who participate in the Iles du Ponant [a new race organized at the same place, in Douarnenez], stay on in the same location for the Grand Prix Guyader”, comments Eléonore de Grissac. “We have been isolated from everyone for a while now so it’s great to compete in these types of events which work hard to get the partners to come and sail,“ adds Marcus Hutchinson. This will also be the case at the end of the season at the French Figaro Nationals, which will take place in Lorient.