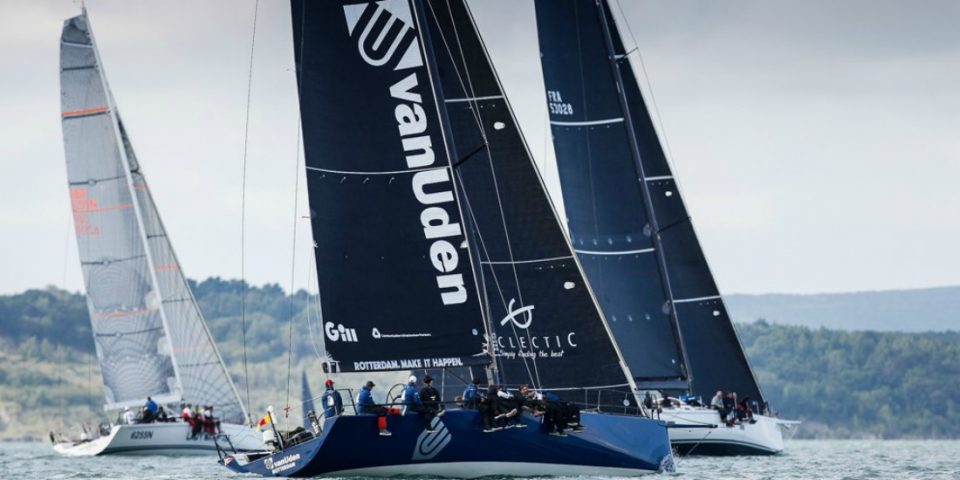 The president of UNCL, Jean-Philippe Cau exclusively tells Tip & Shaft that there will be a new solo and two handed Transatlantic. The Transat IRC (provisional name) will start in April 2021 from South Brittany and head, probably, to Martinique.

Why launch this IRC Transat?
Originally OC Sport had imagined opening up the Transat AG2R 2020 to another class. At first the Figaro 2 had seemed a good solution, but then it seemed like a better idea to open it to a two handed IRC band. But OC Sport after having discussed it with their partners decided against it. One of the reasons was that the AG2R’s principle is to run in real time in one design, so they were not open to the idea of a handicap race. However a lot of sailors racing two handed IRC liked the idea of a two handed Transat, the format being simpler in terms of time and cost than the Transquadra[which runs in two stages in summer and winter, Ed]. As we are very close to all these racers who participate in our championships, we then studied the possibility of creating a race, and of course discussing this with the organizers of the Transquadra because it is out of the question to go up against them and potentially compromise their race. This project was done in complete transparency with them. There was no question of overloading the schedule or taking away competitors from the IRC Championship races. We finally met with everyone at the headquarters of the Federation at the beginning of July to set a timetable. Initially we would have liked to go for it in April 2020, but that was coming just a bit too fast and it would have been at the same time as the AG2R, so we chose April 2021. It is still fair compared to the Transquadra, whose second stage will take place in February 2021, so there is no real chance that the Transquadra boats will compete on the IRC Transat. The Transquadra takes boats out of France for nine months of the year and takes place every three years. Our race will block out two months and will be contested every two years.

This still creates an event which competes with the Transquadra is that not embarrassing?
I think the offer can be complementary. The Transquadra has primed the pump for IRC two handed racing and it now attracts a hundred participants, half of whom are first timers. We are more focused on a group that has already raced the Transquadra and are into slightly more serious competition but still keeping the club spirit friendly. That’s why we do this under the aegis of UNCL. Our goal is to muster 25 boats minimum. At nine months before the start if that the number is not reached and registration checks deposited, we will not run the race and it will not hurt us financially. But already our first contacts show that there are a lot of people interested. And I am not worried for the Transquadra, already they have 76 files active for a start in July 2020.

What format and what route will this IRC Transat take? And how will the organization be structured?
It will run solo and double handed, with a start in southern Brittany, surely Morbihan, the choice is not yet confirmed. There is a good chance that the finish will be in Martinique, who we have already started discussions with. We expect a passage of about four weeks. As for the structure, it has not yet been created. It will be independent of the UNCL but we will be the organizing authority. Today there are two of us leading this project, Thibaut Derville who has been very involved in sailing for several years, especially with Norauto in GC32 and myself.

What budget are you working to? And who will your partners be?
Right now we are working to a minimum budget which would financed by the entries alone which would be of the order of 2 000 euros per boat. That would give us a budget of 50 000 euros at 25 boats. But it does seems likely this project might appeal to partners, which would allow us to have a bigger budget. We would offer a naming partnership to the race, and the participation of host cities and the finish town to realise a budget, but also with the supply of human and material resources. After that any possible additional budget would be to provide more services to racers. We will also ask each participant to support the cause of a sustainable organisation or an entity doing social good.

And how much will it cost to participate in the race?
The big costs will be plane tickets I suppose and the transport to return the boat to France which costs about 1000 euros per meter. So with entries and fees it would be around 20,000 euros.

Which boats and riders will the race be open to?
It would be for boats from A31 to the First 40, for example. In terms of TCF that would go from 0.980 to 1.080. This would also include the unmodified Figaro 2’s around 1.060. And to the extent that they are quite numerous, of the order of seven or eight, certain types of boats could give rise to an additional classification. As for the profile of the racers it is aimed at amateurs keeping the same definition as in the Transquadra, namely sailors who are not remunerated, directly or indirectly, and race during their holidays. We will not be on the level of Figarists who race 100 days of competition per year in one-design, but we maybe target sailors who sail 50 days a year, who do the necessary to bring their boat up to speed and who take training course in Adrena for example. Maybe if mixed duo teams want for example to come and race as training for Paris Olympics 2024, I think they might find a sponsor.

Will there be a qualification process to be allowed to race the IRC Transat?
Yes, there will be a qualifying course of between 200 and 300 miles which complete an entry file detailing the course of the candidates. Beyond that we can ask for specific qualifications to be sure that they have already met all the appropriate conditions.