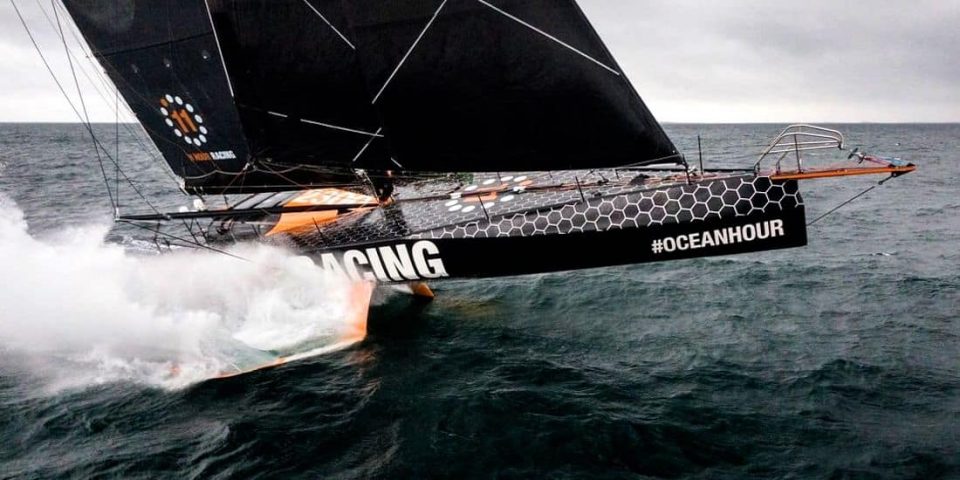 SAM GOODCHILD is the new skipper of the Multi50 Leyton instead of Arthur Le Vaillant. Another change is the appointment of AYMERIC CHAPPELLIER as team manager replacing Thierry Brault, while the team has a new boat for the Route du Rum, chartering the former Ciela Village.

SPINDRIFT RACING is looking for a boat captain for its TF35; the contract is that of a service provider (around 80 days a year), based in La Trinité-sur-Mer, with regular trips to Switzerland and Italy.

THE MINI CLASS is looking for an agency or press officer to write and send press releases to the specialized press (3 / year in French and English).

INCIDENCE SAILS is recruiting for sailmaking posts for their lofts in in La Rochelle.

A + T INSTRUMENTS is looking for a technical sales representative and a commercial manager, positions based in Lymington, UK (advertised via EuroSail News).

GURVAN BACHMANN, a graduate in aeronautical engineering and with two years experience in the marine sector, is looking for a CDD or CDI in the marine and nautical filed or ocean racing. Available immediately anywhere in France.

ARTHUR QUILLIVIC, third year materials engineering student and composites at INSA Rennes, is looking for a 2-3 month internship as an assistant engineer (development or design office) from June 2021.

MARIE ALLARD, student in the second year of engineering school (bac +4) at ISAE SupAero in Toulouse, is looking for a 5-month engineering internship at from mid-February 202.1 preferably in the field of offshore or ocean racing.

THE FINISH OF THE 9TH VENDÉE GLOBE will take place behind closed doors, with a village closed to the public, the organising authority SAEM Vendée announced Wednesday.

THE SARDINHA CUP finally will not go to Peniche, Portugal having given up on the idea of welcoming  the stopover because of the sanitary situation. The two handed race in Figaro Bénéteau 3 will still take place (April 3-17), with two stages of 400 and 700 miles.

SAILGP has announced two additional events to a Season 2 that will be spread over 2021 and the first half of 2022: the first in Christchurch (New Zealand) on January 29-30, 2022, before the second, the finals in San Francisco on March 26-27.

11TH HOUR RACING will campaign two Imocas in 2021: the new boat will be launched in July, led by Charlie Enright and Pascal Bidégorry, and the current one (ex Hugo Boss) which will be sailed by Simon Fisher and Justine Mettraux. These four will compete together in The Ocean Race Europe in May-June before participating separately in the Fastnet, the Défi Azimut and in the Transat Jacques Vabre.

NICOLAS HÉNARD has confirmed that he would be a candidate to continue as the head of the FFV  French Sailing Federation in the election scheduled for March 26. He will be opposed by the rival he beat four years ago years, Jean-Luc Denéchau, to whom BILLY BESSON announced his allegiance.

AMARRIS, who supported Achille Nebout in the virtual Vendée Globe, will also support him next season on the Bénéteau Figaro circuit alongside Primeo Energie.

THE MIXED OFFSHORE WORLD SERIES, a new mixed doubles circuit is planned with three meetings between Palma and Marseille, run on L30s and Grand Surprise, while the Trofeo Princesa Sofia and the Semaine de Hyères will also host offshore mixed doubles events.

MERCONCEPT has announced the launch of its very first pleasure boat: an electric foiling catamaran which will be launched at the end of 2021.

WORLD SAILING announced the launch of the World eSailing 2021 Championship on Thursday the winner of which will pocket 10,000 dollars (8 2000 euros), at the same time as the renewal of the eSailing Nations Cup and national championships.

BARON BENJAMIN DE ROTHSCHILD, the founder and owner of the Gitana Team died of a heart attack on Friday January 15, at the age of 57 years old. Tip & Shaft sends its sincere condolences to his wife Ariane, their children, their relatives and the entire Gitana Team.