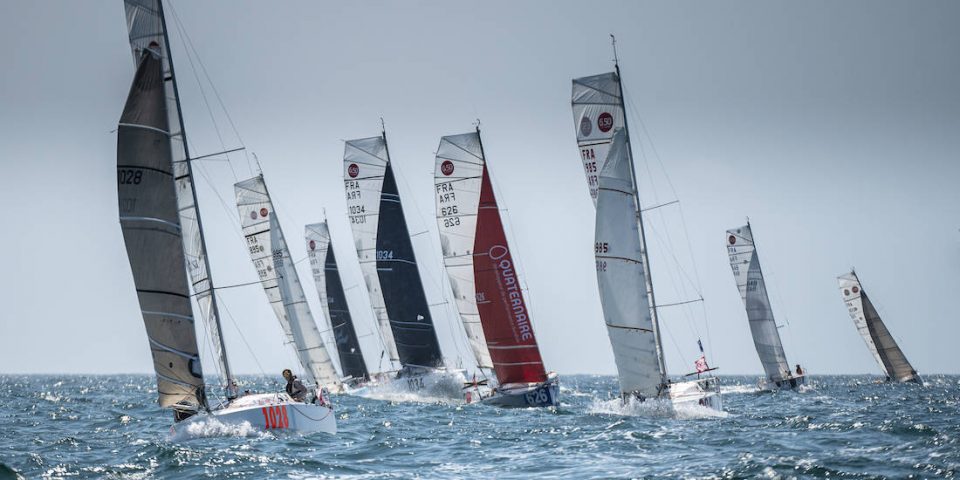 On the Market: A new Mini 6.50 launched by Damien Seguin’s association

JEAN-BAPTISTE BERNAZ, ILCA 7 world champion, was elected French Sailor of the Year 2022, the title of espoir of the year going to Matisse Pacaud and Lucie De Gennes, world and European junior 470 champions (and 4th at the World seniors). Coach of the year to Ariane Imbert (French kite team).

JEAN MARRE succeeds Amélie Grassi as president of the Classe Mini, whose new board of directors has just been elected.

LORIMA is recruiting 2 boatbuilders and 2 laminators(M/F), fixed-term ou permanent positions depending on the profiles, to be filled immediately, based in Lorient.

AVEL ROBOTICS is recruiting a design office engineer, ideally 2 to 3 years of experience with mastery of CAD software (Catia); permanent position, based in Lorient.

TEAM MAITRE COQ is looking for composite technicians from January 2 to March 30 in La Rochelle to work on Yannick Bestaven’s Imoca; applications and CVs to be sent to Anne Combier, on-site accommodation provided.

THE IMOCA PRYSMIAN GROUP TEAM is looking for in Lorient:

MULTIPLAST is recruiting in Vannes (permanent positions to be filled as soon as possible):

C3 TECHNOLOGIES is looking for a composites technician, project manager, with good knowledge and experience of prepreg manufacturing processes: fixed-term or permanent position to be filled immediately, based in La Rochelle.

DUQUEINE ATLANTIQUE is recruiting on permanent contracts, positions to be filled as soon as possible on the Malville facility (between Nantes and Saint-Nazaire):

AG+ SPARS, a SME specializing in the design and production of masts and accessories for boat manufacturers, is looking for a sales technician, regatta experience appreciated, fluency in English desired; permanent position, based in Saint-Laurent-de-la-Prée (17).

SAILING PRAMAC is launching a recruitment campaign to train a crew under 30 (national level in dinghy sailing required) for 5 years in IRC crew and doubles, on a Grand Soleil 44 Race based between Saint-Malo, La Trinité-sur -Sea and Noirmoutier.

INEOS BRITANNIA is looking for a social media and digital lead; fixed-term position until October 2024 to be filled immediately, based in Brackley or London.

GABY BUCAU, a versatile trainer, ex Mer Agitée and Team Corum L’Épargne, is available in early 2023 for assignments within an offshore racing team.

SÉBASTIEN STEPHANT, a versatile and sailing technician with twenty years of experience, is available to join offshore racing projects, carry out technical or coordination missions (specialties: composite and fittings).

THE ASSOCIATION DES PIEDS ET DES MAINS, founded by Damien Seguin, has announced the launch of a selection process aimed at recruiting a skipper to wear its colours on the Mini 6.50 circuit for two seasons and to take part in the 2025 Mini Transat.

THE FIGARO BENETEAU CLASS has unveiled its provisional 2023 calendar, with five events entered in the French Elite Ocean Racing Championship and four as part of its Academy.

THE FASTNET, which will celebrate its 50th edition in 2023, will set off on July 22 from Cowes to finish in Cherbourg-en-Cotentin, where a pre-start festival will also take place from July 17 to 21. Registration will open on January 11 at 11 a.m. (French time).

THE DIAM 24 OD CLASS presented its new circuit on Friday, the World Diam Tour France, organized by Isec, which will include five three-day stages from May to October 2023.

WORLD SAILING has unveiled the schedule for the 2023 and 2024 World Cup Series which will feature the same four events: Trofeo Princesa Sofia, French Olympic Week, Allianz Regatta and Kieler Woche.

LORIENT GRAND LARGE presented its racing calendar for 2023, which includes the Azimut-Lorient Agglomeration Challenge, whose program has also been unveiled (September 19-24), as well as Back to Base (departure from Fort-de-France November 22), new solo race of the Imoca Globe Series, but not Lorient-Bermuda-Lorient, “postponed” for lack of “a sufficient number of competitors”.

THE MINI CLASS has also unveiled its 2023 calendar, the culmination of which will be the Mini Transat, which will start on September 24 from Les Sables d’Olonne.

ARCHWEY, a specialist in sustainable materials, has entered into a partnership with The Ocean Race with the aim of fighting against plastic pollution in the seas.

ITM will be the title partner of the SailGP New Zealand Grand Prix for the next two editions (2023 in Christchurch and 2024 in Auckland).

WORLD SAILING has launched a call for applications for cities wishing to host its annual Conference for the next three years. The 2023 edition will take place from November 13 to 18.

THE RORC has announced the launch in 2023 of the first IRC Two-Handed European championship which will take into account the results recorded on La Trinité-Cowes (start on 2 July) and Cowes-Dinard (7 July).