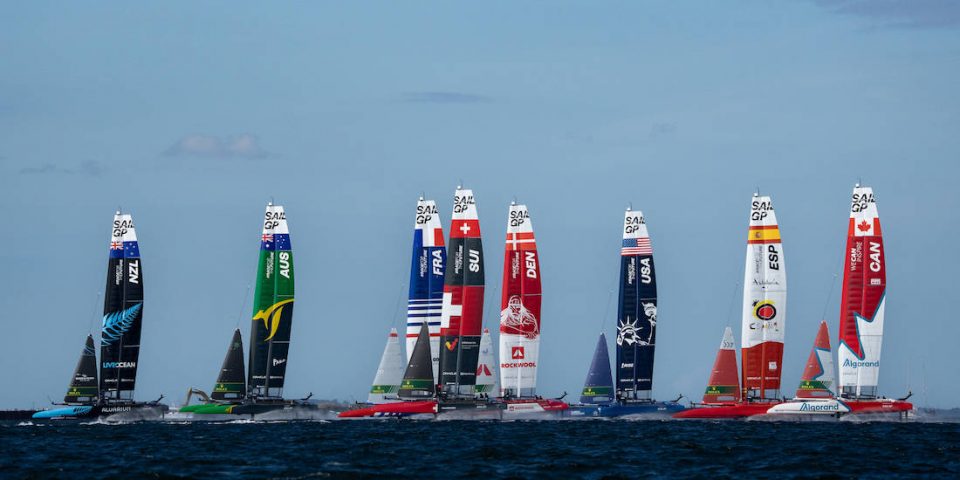 On the Market: A title partner for the SailGP Grand Prix de France

URVASI NAIDOO, a British sports lawyer who has worked for the Commonwealth Games and the London 2012 Olympics, has been appointed director of Legal and Governance of World Sailing.

SAIL TAHITI, Beneteau, Excess, Neel dealer in Tahiti, is looking for a technical manager/fleet manager/skipper; BC200 diplomas or federal instructor cert required, as well as experience of transoceanic navigation and technical skills in composite materials, English essential; full-time position based in Tahiti.

CYCLOPS MARINE is recruiting a sales manager, fluency in English and French required; part-time or full-time position, based in Port Solent (Portsmouth) and/or telecommuting, with travel.

WINDELO CATAMARAN is looking for the development of its teams in Canet-en-Roussillon (fixed-term and permanent positions):

PAULINE BAUDEMENT, who is an experienced project manager (event and IT) and a young sailor, is looking for new opportunities to link her professional career with projects in the world of sailing within a racing team on a human scale.

LOUIS HUCHET, who has just finished a Master of Engineering/Ship Science at the University of Southampton, is looking for a permanent contract in a design office (teams, construction sites, America’s Cup, etc.) to an engineering position (performance, composite, mechanics, hydrodynamics).

TIP & SHAFT/CONNECT is back : the business meeting and impact of competitive sailing will take place on October 6, 2022 at the Titan, in Nantes, a day devoted to issues related to social and environmental responsibility in the world of competitive sailing. To reserve your spot, click here.

THE 69F, a foiling monohull built by Persico Marine, has been chosen by the American Magic challenge as the training platform for its youth and women’s program. Four 69F US Foiling Select Series 1 will take place from September to February in Newport and Florida.

RANGE ROVER has signed up as the title partner of the SailGP Grand Prix de France, which will take place on September 10 and 11 in Saint-Tropez.

LOCMARIAQUER inaugurated a quay on Thursday in the name of Gerry Roufs, the Canadian sailor who disappeared during the Vendée Globe 1996-1997, who lived in the town of Morbihan.

MICHEL BRIAND, former resistance fighter and figure in La Rochelle sailing – selected to race the Dragon at the Mexico City Olympics in 1968, creator of the Rolly Tasker sailmakers, father of navigator Christine Briand and naval architect Philippe Briand – died on Wednesday at the age of 91 years old. Tip & Shaft sends its sincere condolences to his family and loved ones.