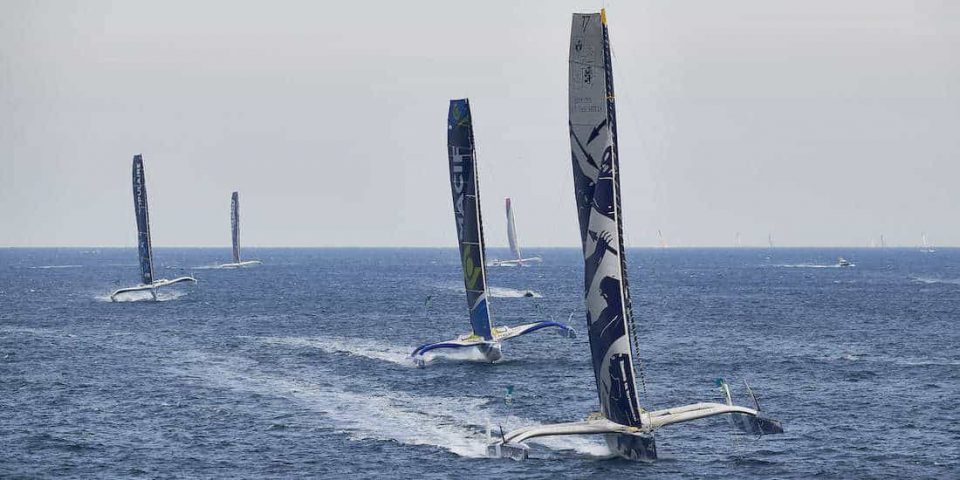 On The Market: Arkéa, title partner of the Arkéa Ultim Challenge Brest

IAN WALKER has announced that he will step down as Racing Director of the Royal Yachting Association mid-July, a role which he has held for four and a half years.

BEN CORNISH has re-signed with Ineos Britannia for the 37th America’s Cup, he will have a cycling role aboard the British AC75.

PAUL MEILHAT has formalized his participation in the 2023 edition of The Ocean Race aboard his new Imoca Biotherm, which will be launched next August.

ARKÉA has signed up as title partner for the next two editions of the race around the world in Ultims, called Arkéa Ultim Challenge Brest.

FINISTÈRE ATLANTIQUE, a new crewed and Ultim race, organized by Ultim Sailing (see our article), will start on July 1 from Concarneau, with a 3,600-mile loop on the program that will pass through Madeira, the Canaries and the Azores.

LA MINI EN MAI has increased its number of registrants to 100 (compared to an initial 84) for its 2022 edition which will start on May 17 from La Trinité)-sur-Mer.

PENSACOLA, Florida will once again host the New York Yacht Club American Magic Challenge winter base. They will move there next September to train there through the spring of 2023.

NORMANDY CUP: the notices of race for this event, which returns this year from June 3 to 6 in Le Havre, have been published.

ALSTOM has signed a partnership contract with the MerConcept Lab, with the aim of optimizing the analysis of navigation data; the same goes for DELOITTE, which will intervene “with the major objective of strengthening the human/boat interface through the exploitation of data“.

OMAN will host the final event of the 44Cup season which will be contested from December 7-11 in the capital, Muscat.

SODEBO ULTIM 3, which was relaunched on Wednesday in Lorient, will be fitted with new foils in mid-May.

THE GLOBAL SOLO CHALLENGE has entered into a partnership with the International Association of Cape Horners (IACH) which will award a membership title to sailors who cross Cape Horn during the race.

MIDDLE SEA RACE: registration for the 2022 edition (start on October 22 from Malta) is open.
THE OSCAR SYSTEM, developed by BSB Marine on offshore racing boats, is now offered by the Outremer shipyard to owners of the brand’s catamarans.

THE SAILING MUSEUM, a new museum dedicated to sailing, which will notably include the America’s Cup Hall of Fame, will open its doors in Newport (United States) on May 10.