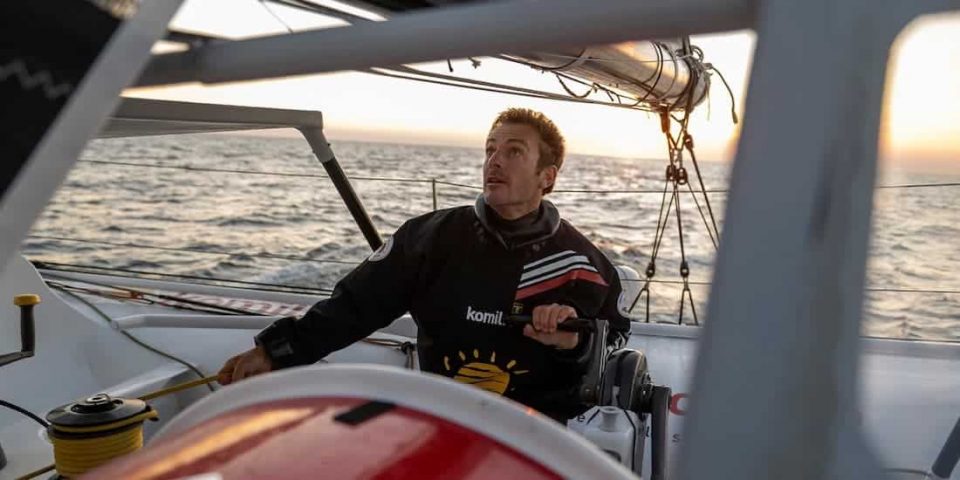 On the Market: Eric Péron will race in Ultim in 2023

RUGGERO TITA and CATERINA BANTI, world and European Nacra 17 champions this year after winning the Olympic title in Tokyo, were awarded male and female sailors of the year by World Sailing. The Australian SailGP team won the team of the year trophy, Greenboats the 11th Hour Racing sustainability trophy, the Vortex Pod Racer that of the boat of the year.

CAROLINE CONCETTI has been appointed Spindrift communications director for the Jules Verne Trophy campaign of the trimaran Sails of Change.

ALEXANDRA RICKHAM, head of sustainability for World Sailing, has been appointed technical delegate of the international federation for the Paris 2024 Olympic Games alongside Ricardo Navarro, already appointed in February.

DAVID TILLETT, GRAHAM MCKENZIE and BRYAN WILLIS will make up the Arbitration Panel for the 37th America’s Cup.

TEAM NED 12 (IRC doublehanded, Sun Fast 3300) would like to expand with a non professional very much race-experienced Transocean co-skipper (M/F) for 2023 onwards (and Cap Martinique 2024). You are willing to participate in boat preparation, trainings and race’s. Base is La Trinité-sur-Mer. Program details mutually to be decided on.

TOM DOLAN, skipper of the Figaro Smurfit-Kappa, is looking for a communication and social media coordinator for the next two years; position to be filled as soon as possible or from January 2023.

IGUANA YACHTS is looking for his chief technical officer, permanent position based in Caen, France. Iguana Yachts builds amphibious boats with tracks. A fully electric version with foils is under development.

NAVICO GROUP (B&G, Simrad, Lowrance, Mastervolt …) is looking for a technical service engineer; permanent position, based in Nantes (to be discussed), with possibility of teleworking.

THE MINI CLASS is looking for a class secretary (fluent in French and English), applications to be sent before 21 November; fixed-term position (duration to be defined) to be filled from January 2023, based in Lorient.

ERIC PÉRON announced that he will be renting Arthur Le Vaillant’s current trimaran Mieux next year to take part in the Arkea Ultim Challenge Brest, the first solo round-the-world race in an Ultim.

FABRICE CAHIERC, ex-skipper of Erwan Le Roux’s current Ocean Fifty Koesio, announced on Wednesday the construction (in progress) at CDK Technologies of a new Ocean Fifty (VPLP design) which will be launched next spring and will carry the colours of the Réalités group.

SOGESTRAN, co-partner of Cédric Chateau in Class40 on the Route du Rhum, has renewed its commitment until 2025, with a new boat which will be skippered by Jérémie Mion.

THE FINAL OF THE WORLD MATCH RACING TOUR 2022, initially scheduled for Shenzen, will now take place from December 13 to 18 in Sydney.

THE FINN CLASS has launched its new world ranking for the former Olympic class on which the Frenchman Laurent Hay holds the first place.

11TH HOUR RACING is committed as an official supplier of the Route du Rhum-Destination Guadeloupe, in charge of waste management.

THE GOLDEN GLOBE RACE has launched its pre-notice of race for its 2026 edition, opening registrations.