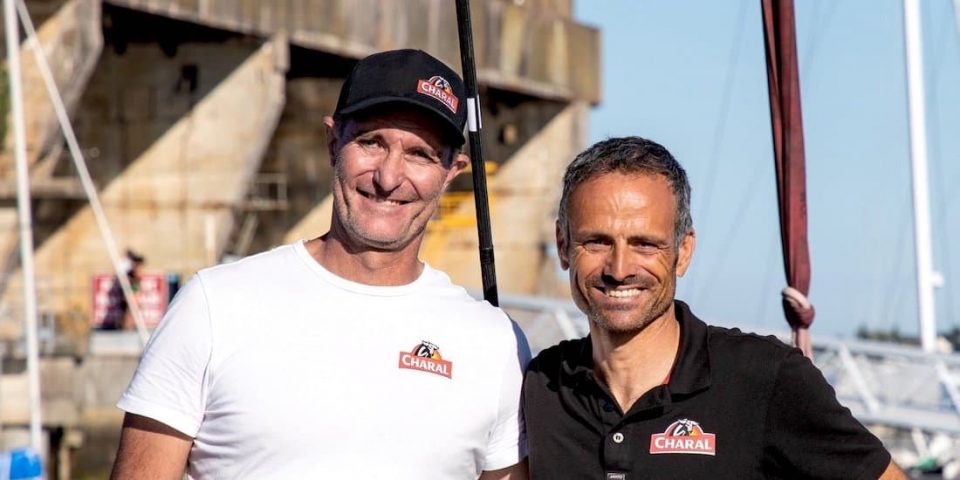 On the market: Franck Cammas, co-skipper of the new Charal 2

GILDAS GAUTIER who was already in charge of the race for a decade up until the 2019 edition, and ANTOINE ROBIN, who has worked for more than 10 years in the field of ocean racing, in particular via his agency come#together, have been appointed to manage the Transat Jacques Vabre. In 2023 the 16th edition will welcome three classes: Imoca, Ocean Fifty and Class40.

DUBARRY OF IRELAND want an area sales manager for the south and south-west of France.

THE BIOTHERM TEAM is recruiting a versatile technician to take charge of the assembly of the foil and/or rudder systems; position to be filled immediately with a first month in Bergamo (Italy) then thereafter in the Lorient region, the type of contract is to be defined.

CHARLIE VALDELIEVRE, captain 200 certificate in validation, nautical experience in a racing-cruising catamaran, mobile, is looking for a position as a preparateur in offshore racing.

THE ORC 57, built at Marsaudon Composites, is available for daily charter with crew from Lorient from July 15 until the end of November 2022.

FOR RENT for the start of the Route du Rhum-Destination Guadeloupe a holiday home in Saint-Lunaire (Pointe du Décollé, sea view to the west to Cap Fréhel), 16 km from the basins of Saint-Malo; 7/8 beds including 2 double beds, 3 bathrooms. Contact: Xavier Harlé and 06.22.25.04.89.

TIP & SHAFT/CONNECT is back: the business meeting and impact of competitive sailing will take place on October 6, 2022 at the Titan, in Nantes, a day devoted to issues related to the economy and social and environmental responsibility in the world of competitive sailing. The first speakers are announced: Sébastien Vandame (Director of Partnerships – Professional Football League), Emilie Llorens (Sustainability Manager – France SailGP) and Stéphane Bourrut Lacouture (CSR Manager – OC Sport). To reserve your spot, click here.

EUROLARGE INNOVATION and SO-BOAT, partners of Tip & Shaft/Connect since the first edition of the event in 2017, have renewed their commitment for the 2022 edition.

SAILGP has decided to indefinitely pause the participation of Japan SailGP Team “taking into account logistical and commercial considerations.”

THE SKIPPER MACIF 2023 SELECTION will be 100% female, the objective being to create a mixed duo for 2023 to complement Loïs Berrehar; the candidates have until September 18 to submit their file, the winner will be known on October 7.