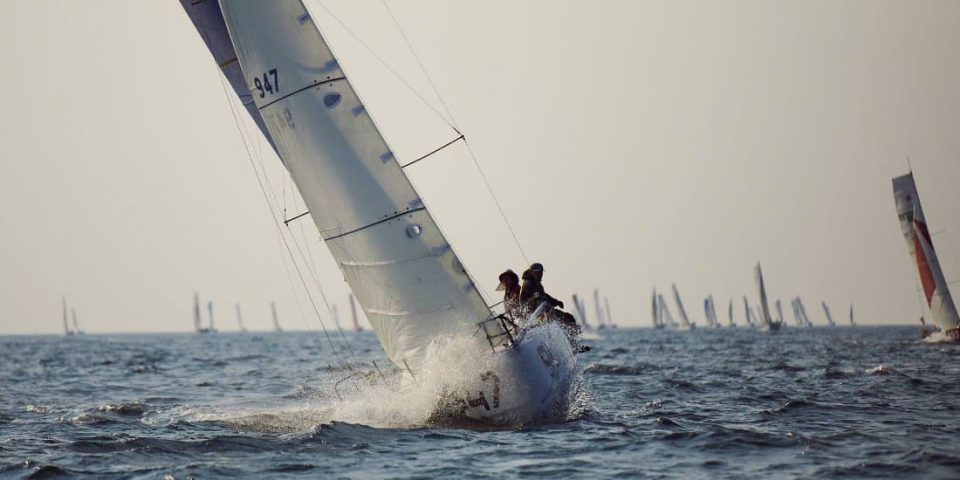 In the Market: The Lorient Plastimo Mini in mixed doubles

ANNE-CLAIRE LE BERRE has announced her departure from the Initiatives Coeur team where she was technical director. She has decided to devote herself to sailing and is joining the crew of Guyot Environnement-Team Europe for The Ocean Race, she will be on board during the second leg between Cape Verde and Cape Town.

THE HUBLOT SAILING TEAM is looking for a technical preparateur specializing in running rigging and fittings as part of its Vendée Globe 2024 project; permanent position based in Lorient.

THE INITIATIVES COEUR TEAM is looking for a technician to prepare for the Vendée Globe 2024/25, a generalist with skills in mechanics and systems; permanent position based in Lorient.

GLOBE SAILOR is looking for a Sales Manager France in Paris or Lorient to lead their team of nautical experts (12 people) and develop sales of cruises and boat rentals.

BE RACING is recruiting an experienced technician to work on the various boats in the team. Position to be filled as soon as possible, in service or permanent position, based in Saint-Malo.

BEYOU RACING is looking for a technician specializing in electronics and electricity (experience required) to assist its on-board IT and electronics manager as part of its development around the Imocas Charal and Teamwork; permanent position to be filled quickly, based in Lorient.

THE LORIENT PLASTIMO MINI, first Mini race of the season 2023 in Atlantic,  will be raced this year in mixed doubles.

VIRTUAL REGATTA and THE OCEAN RACE have renewed their partnership for the 2023 edition of the crewed round the world race.

ADVENS and MUSTO/HELLY HANSEN join the Sailorz Film Festival as partners of the competition film festival launched by Tip & Shaft, the 2023 edition will visit 15 cities in France from January 26th to March 9th.

ICM.COM (until 2025 inclusive) and ALL-ACCOR LIVE LIMITLESS have committed themselves as partners of the French SailGP team.

FABRICE AMEDEO, who lost his Imoca during the last Route du Rhum, announced that he had acquired the boat with which Rodolphe Sepho raced the transatlantic (Owen Clarke 2007 build for Mike Golding) and announced his intention to replace the foils with straight daggerboards.

CDK GROUP has announced the appointment of Stéphane Digard as deputy managing director in place of Cyril Abiteboul, who was announced on Thursday as team principal of Hyundai Motorsport (WRC rally). He however will integrates the new strategic executive which will be chaired by Loïck Peyron. It should also be noted that Romain Cachia, hitherto head of the design office, has become technical director of the facility.

THE FASTNET RACE 2023 should see the record size of the fleet broken (c/w 388 in 2019). In one hour on Wednesday, 433 registrations were recorded. And these are far from over, the racers in the professional classes (Ultim, Imoca, Ocean Fifty, Class40…) have until April 14 to register.

GAC PINDAR has renewed their partnership with Foiling Week for three another years and has also committed itself as a logistics partner for the new Foiling Youth World Series which will begin in the second half of 2023.

THE ATF GROUP, one of Damien Seguin’s partners on the last Route du Rhum, is also accompanying him on The Ocean Race. He is competing on three stages on Biotherm alongside Paul Meilhat.

GO FAST SAILING, launched in 2022, is a platform allowing individuals to sail on racing boats and/or help a skipper in exchange for time on the water

JEAN DU NORD, a collective of social network and image experts, has just been launched by Lucie Batteur and Adrien François.