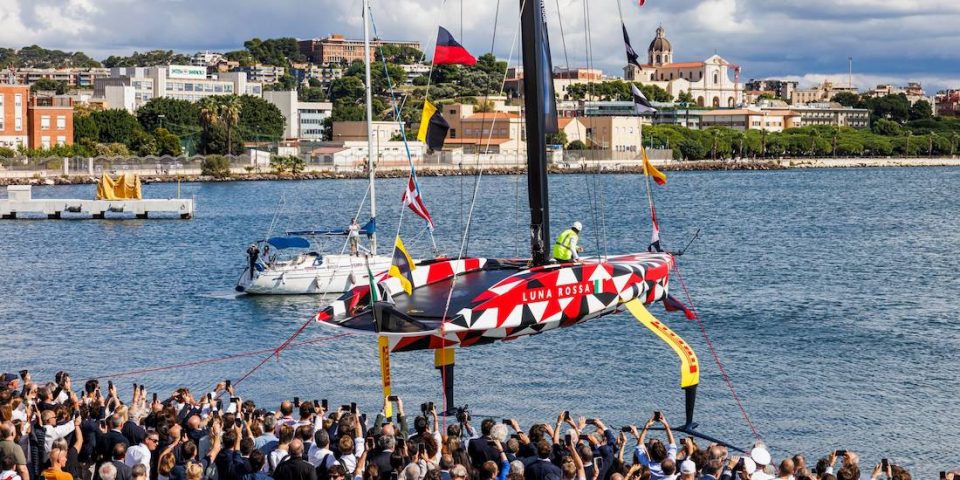 On the Market: Luna Rossa has launched its new prototype

CHARLOTTE YVEN won the Skipper Macif 2023 selection, open for the first time exclusively to women, she will accompany Loïs Berrehar next season on the Figaro Beneteau 3 circuit in the colors of Macif.

THE SPINDRIFT TEAM have unveiled the composition of the crew which, from October 24th, will be on stand-by for the Jules Verne Trophy aboard the Sails of Change trimaran, including three new ones: Pierre Leboucher, Christopher Pratt and Clement Giraud.

TEAM PRYSMIAN GROUP is looking for two experienced people to join the technical team dedicated to the Imoca Prysmian Group in Lorient:

TEAM MALIZIA is looking for a full time – multi talented / administration & logistics focused person. Previous experience in accounting and French business administration is required. Sailing team logistics experience is a plus, French and English fluents are mandatory; position to be filled immediately, based in Lorient.

NAVICO GROUP is looking for a technical service engineer; permanent position, based in Nantes (to be discussed), with the possibility of teleworking.

VPLP DESIGN is recruiting a naval architect for its maritime department; a permanent position, based in Nantes.

THÉODORE DE LEUSSE, currently a student at the Ecole Nationale des Ponts et Chaussées, is looking for a 6-month internship, from January-February 2023, in marine engineering.

LUC MOREAU, marine engineering graduate, with a specialization in CFD at Centrale Nantes, after two long internships for the Charal Sailing Team and MerConcept, is looking for a job as a simulation and performance engineer in competitive sailing.

JONATHAN MAULOUBIER, photographer and videographer, offers his services, from design to production, for image banks, reports, portraits, events, to professionals and individuals in the boating industry.

FRANÇOIS GUIFFANT will replace the injured Pierre Lacaze at the start of the Route du Rhum-Destination Guadeloupe on the Imoca Kattan. However, the skipper is still looking for 50,000 euros to complete his budget.

RUNNING OUT OF TIME, a 38-day relay without fossil fuel whose ambition is to move, hand to hand, a climate baton from Glasgow to Sharm-El-Sheikh (Egypt), where the Cop 27 will take place, saw Conrad Colman and his Imoca Imagine help the passage of the baton across the Channel.

FABRICE AMEDEO will embark on the Route du Rhum-Destination Guadeloupe with a 180 m2 green sail built from recycled plastic by the Danish sailmaker Elvström Sails.

THE SSL GOLD CUP FINALS, which were to be held from October 28 to November 20 in Bahrain, have been postponed, the organizers have announced, citing “logistical and technical challenges” and “the current world environment”.

CYCLOPS MARINE are committed as a partner of the American Magic challenge, official supplier of load cells.

MON COURTIER ÉNERGIE will be the title partner of Sébastien Marsset’s Imoca on the Route du Rhum-Destination Guadeloupe and “intends to continue the adventure in 2023.”

MIRABAUD YACHT RACING IMAGE: the jury for the 2022 edition selected 80 photos out of the 150 submitted. The public is now called upon to vote, the winner will be known on November 21.

LUNA ROSSA PRADA PIRELLI launched and christened its new prototype on Thursday in Cagliari. The boat will serve as a training platform but also as a test for the construction of its future AC75 for the 37th America’s Cup.