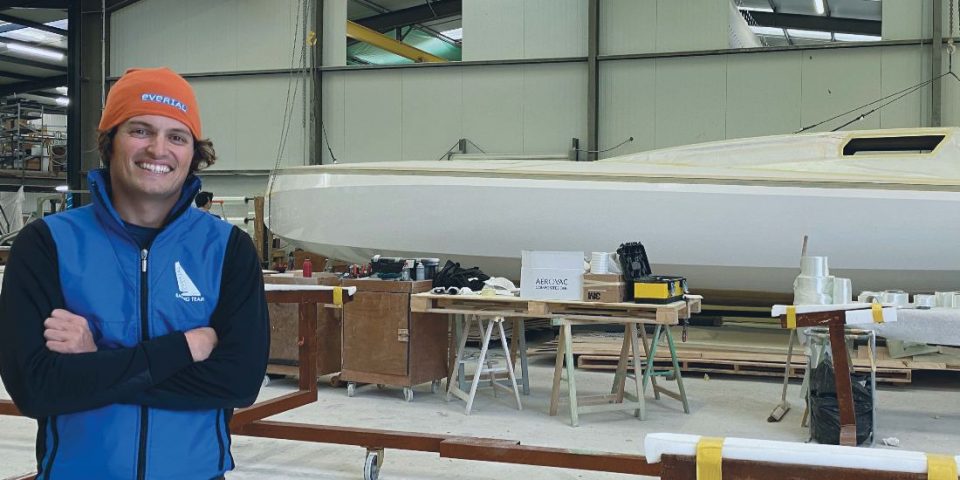 On the Market: a new Class40 for Stan Thuret

BENOÎT DE FROIDMONT, president of the International Maxi Association, and freediver ARNAUD JERALD will be the patrons of the 11th edition of Les Voiles de St. Barth.

THE GITANA TEAM is looking for a mechanical engineer for its design office; permanent position, to be filled at the beginning of April, based in Lorient.

GUIREC SOUDÉE is looking for a boat captain as part of his Vendée Globe 2024 project, and a versatile preparateur who already have experience in the Imoca; fixed-terms positions, which can evolve into permanent positions, to be filled immediately, based in Les Sables d’Olonne until May, in Concarneau thereafter.

SIXÈME OCÉAN is recruiting a preparateur with experience in offshore racing, for the Imoca Fortinet-Best Western; permanent position, to be filled immediately, based in Lorient.

PIXEL SUR MER is recruiting a production and integration technical manager and a flight electronics engineer; permanent positions, to be filled immediately, based in Lorient.

BSB MARINE, manufacturer of Oscar systems, is recruiting a marine electronics technician; permanent position, to be filled immediately, based in Port-la-Forêt.

BORIS HERRMANN is recruiting a nanny to take care of his daughter Malou, 20 months, English required, German if possible; position to be filled immediately, which could be coupled with a role within the Mailizia team, based in Hamburg, with travel around the world.

THE PAPREC ARKÉA TEAM is looking for technicians (composite, mechanics, rigging) for its Imoca; permanent positions from June 2022, based in Lorient, with travel.

GABIN BIDANEL, after a 3-month fixed-term position at VPLP Design, he is looking for a job as a junior naval engineer/architect, around Brest as a priority.

STAN THURET announced on Monday that he will have a new Class40, Pogo S4 built at Structures, at his disposal from next May, aboard which the Everial skipper will compete this year on the Mediterranean circuit (Giraglia and Duo Max), before racing the 40′ Malouine and the Route du Rhum.

YACHT RACING FORUM: registration for the 2022 edition which will take place on November 21 and 22 in Malta is open, with an early bird rate for the first 80 registered. The organizer has also unveiled the list of first responders and launched a call for applications for the 2023 and 2024 editions.

THE 2022 MASSILIA CUP (April 1-3), whose patron will be Sébastien Audigane, will for the first time use dynamic buoys moving autonomously in order to limit its environmental impact.

SPEEDY GRAPHITO, one of the French street-art pioneers, decorated Violette Dorange’s sailing suit as part of her partnership with the Apprentis d’Auteuil foundation.

MALAGA, which was among the contenders for hosting the 37th America’s Cup, saw its candidacy take a hit when the Spanish central government refused to finance the expansion of the the pier which would serve as a base for the competing teams.

TIDE, an agency dedicated to communication and the organization of events, has just been launched in Lorient La Base by Aurélia Mouraud and Mathilde Monier.

Photo: Everial
In partnership with