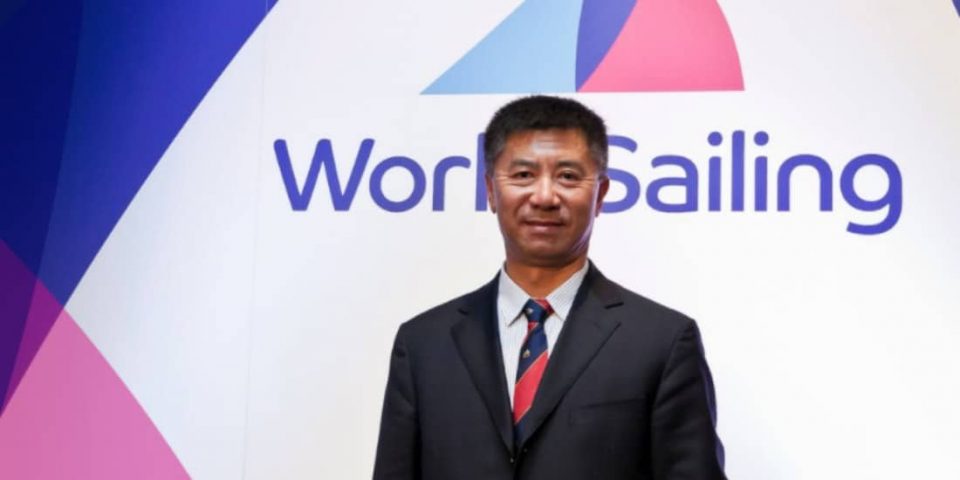 On the Market: A new president for World Sailing

APPOINTMENTS AND DEPARTURES
LI QUANHAI has been elected as new president of World Sailing. The Chinese received 68 votes, ex president Kim Andersen 60.
ARISTIDE GASQUET, VICTOR LE PAPEetGASTON MORVAN were selected for the final phase of the Challenge Espoir Bretagne Crédit Mutuel de Bretagne which will take place from 23 to 27 November.

THE SWISS SAILING TEAM is looking for an Elite head coach for the period to the Olympic Games in Tokyo and Paris 2024, candidatures to be sent before the 31st December.

THE LOIRE-ATLANTIQUE department is recruiting a Solitaire du Figaro project manager, a one year project contract based in Nantes.

VPLP is looking for a naval architect for its shipping division, 3-5 years experience, a permanent position based in Nantes.

CAPONNETTO-HUEBER is looking for a naval architect, a marine CFD engineer  and developer and a data scientist/machine learning engineer (from January 2021), and also a business developer and a marketing and communication responsible (from November 2020). All jobs located in Valencia (Spain).

ADH INOTEC, manufacturer of the Diam24od and other composite parts, offers an engineering internship (production organization, updating of processes, workstation startup, etc.); for a period of 3 to 6 months, from January 2021, based in La Forêt-Fouesnant.

ALEXANDRE DEMARS, currently in fourth year at Isep studying digital engineering, specializing in data intelligence is looking for a 6-month internship, from February 2021, as a data analyst in the ocean racing field.

ACTIV’SAILING has become the exclusive agent in France for the distribution of the WASZP.

THE MED SEA RACE, a new race for the Figaro Bénéteau 3 which was to set off on May 16, 2021 from Marseille, finally will not take place according to the Tacksoon agency, which was to organize it and which will set a date in 2022.

GREAT CIRCLE-SQUID has been chosen as the official weather supplier for the Vendée Globe.

THE OCEAN RACE has developed a new oceanographic data collection tool OceanPack, tested this year during the delivery of the Imoca 11th Hour Racing Team from Brittany in the United States, and which should be fitted to the race fleet in 2022-2023.

THE NEWPORT OCEAN SAILING ASSOCIATION announced that the 73rd edition of the Newport to Ensenada International Yacht Race will start on April 23 2021.

MARLOW will be the official supplier of ropes to the SailGP circuit.

THE IACH (International Association of Cape Horners) has launched a register which lists solo round-the-world passages via the three capes from Robin Knox-Johnston’s first in 1969 on the Golden Globe, numbering 155 to date.

THE WORLD SAILING TRUST launched Race for Change, a charity eSailing race on the Virtual Regatta Offshore platform which will take place throughout the Vendée Globe, with a portion of the proceeds going to the World Sailing Trust.

Photo: World Sailing
In partnership with