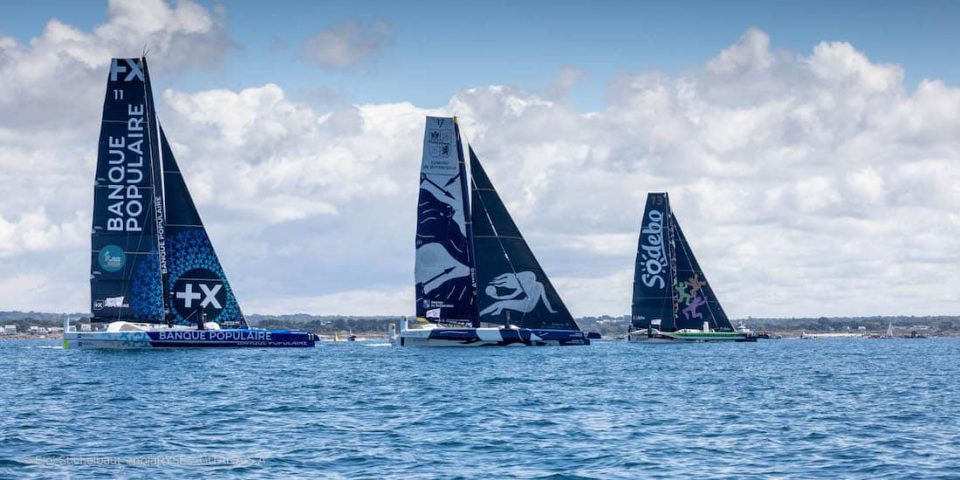 On the Market: A new Ultim race in early October in Lorient

ROMAIN LE GALL has been selected by the La Rochelle Center of Sailing Excellence to line up for two years under his colors on the Figaro Beneteau circuit.

CHALLENGE ESPOIR 2023: nine sailors have been chosen for the Challenge Espoir Région Bretagne-Crédit Mutuel de Bretagne 2023 selection. Morvan will be known after a final from November 14 to 18.

CIMA BOATS and ARMARE ROPES are looking for a skipper to participate for three years in the Mini 6.50 circuit on their Wevo 6.5, a communication project in France and French regions.

SAIL TAHITI, Beneteau, Excess, Neel dealer in Tahiti, is looking for a technical manager/fleet manager/skipper; BC200 diplomas or federal instructor cert required, as well as experience of transoceanic navigation and technical skills in composite materials, English essential; full-time position based in Tahiti.

WINDELO CATAMARAN is looking for the development of its teams in Canet-en-Roussillon (fixed-term and permanent positions):

JOSÉPHINE CORRE, holder of a master’s degree in geopolitics and specialized in the maritime and environmental field, is looking for a job in awareness and/or information in the nautical world on environmental issues (environmental management, institutional communication, organization of events …).

JULIEN MORVAN, boatbuilder, 20 years of experience (America’s Cup, maxis, TP 52, Orma), is looking for a job as a composite materials builder for a racing team and studies all proposals.

TIP & SHAFT/CONNECT, the business meeting and impact of competitive sailing, will take place on October 6, 2022 at the Titan, in Nantes, a day devoted to issues related to the economy and social and environmental responsibility in the world of competitive sailing. The program is now available, you have until Thursday, September 29 to take your tickets at the normal price, for all the info and reservations it’s here!

SAILORZ, the first video-on-demand platform dedicated to competitive sailing, is offering its new features this week (all in English!):

SAILGP unveiled the calendar for season 4, straddling 2023 and 2024: 14 events (compared to 11 this year) are on the program, with an opening in June in Chicago, four new Grands Prix – in the Middle East (two), in Singapore and Taranto (Italy) – with the stages in Cadiz, Sydney, Auckland and Bermuda being confirmed. The final will take place on July 13 and 14, 2024.

ULTIM SAILING has announced the launch of the 24h Ultim (September 29-October 2), with a 24-hour loop in false solo (solo and media man) which will set off from Lorient and in which five skippers will participate.

THE MINI CLASS wishes to add a new race to its calendar, in August of odd years, in the Atlantic or in the English Channel. Interested organizers are invited to contact us by email before October 15: contact@classemini.com.

CARIBBEAN 600: the 14th edition will take place from February 14 to 23, 2023 with two days of coastal courses before the big race through the Antilles.

MIRABAUD YACHT RACING IMAGE: photographers wishing to apply for the 2022 competition have until October 9 to send their photo.

HELLY HANSEN has renewed its partnership with the American Magic challenge for the 37th edition of the America’s Cup.

WORLD SAILING finalized this week its move to its new London offices, which, according to the international federation, will allow it to save 70% compared to the old property.