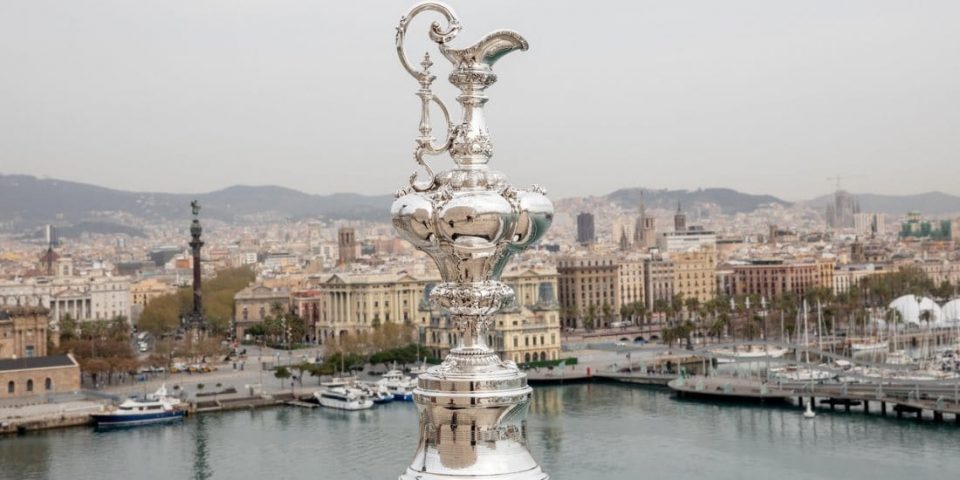 On the Market: Barcelona will host the 37th America’s Cup

PATRICE GUILLON, after a military career has been appointed team manager of the competition division of Lalou Multi, which includes the Arkema team engaged in Ocean Fifty.

SAIL ON SEA is recruiting an experienced boat captain for Damlen Seguin’s Imoca Groupe Apicil; a position to be filled now, based in Lorient.

BEYOU RACING is looking for composite technicians to work on the finish of the construction of Charal 2; position up to 3 months depending on availability, based in Lorient.

DREAM YACHT CHARTER is looking for a base manager in Antigua; mission: management of the fleet of 30 boats and management of 7 employees); a permanent position, to be filled in June-July 2022.

THE MINI CLASS is looking for a service provider to support it in assessing the compliance of new production boats and their approval: reading plans, site visit, compliance monitoring, knowledge of the jauge. Experienced profile appreciated, if possible available quickly for a first mission.

THE FASTNET CHERBOURG FINISH ASSOCIATION is looking for a management assistant/event assistant; position on work-study contract/professional contract from September 2022 to August 2023, based in Cherbourg.

PAUL MEILHAT announced Tuesday a partnership for the next Vendée Globe with Biotherm (L’Oréal Group), with a new Imoca, built by Persico Marine in the moulds of LinkedOut, to be launched in August.

JEAN-PIERRE DICK announced his intention to compete in the next Route du Rhum in the Mono Rhum class aboard his JP54 named Notre Méditerranée, City of Nice.

FRANCIS JOYON will defend his Ultim title, the skipper of Idec Sport, who will be 66 years old at the end of May, announced Friday that he would race the Route du Rhum. Will his runner up from 2018 edition, FRANÇOIS GABART, be there? Nothing is less certain, today’s Team announcing that the Ultim class is currently saying that SVR Lazartigue, launched last July is not compliant with the rules of the class.

DOYLE SAILS has announced its association with Fabrica Workshop, a Spanish rigging and cable manufacturer.

ABHILASH TOMY, an Indian sailor who participated in the first edition of the Golden Globe Race (retired), announced this week that he would do it again on the second race (starting on September 4), with a sponsor from the United Arab Emirates, Bayanat.

IBSA GROUP, a Swiss multinational, has signed up with the Italian Alberto Bona for three seasons on the Class40 circuit, with the Route du Rhum as this year’s main target.

THE TF35 TROPHY will welcome for its second season an eighth team, Vitamina Sailing, led by the Italian Andrea Lacorte. The 2022 program has been unveiled with six events, four on Lake Geneva, one on Lake Garda (Malcesine), with the season ending in Cannes from October 6 to 9.

LA BANQUE DU LÉMAN, title partner of the Swiss duo Simon Koster-Valentin Gautier on the Class40 circuit – the first WILL compete in the Route du Rhum this year – has also committed itself as official sponsor of the Geneva Regatta.

MAXIME SOREL announced his intention to climb Everest from April 2023 with Guillaume Vallot, a mountaineering writer and mountaineer. In addition, V and B-Mayenne, the Imoca with which he raced the last Vendée Globe, has been sold, says broker Bernard Gallay Yacht Brokerage.

SAILGP announced a multi-year partnership with Near, a platform for the development of blockchains (information storage and transmission technology).

THE UK SAILGP TEAM has announced the launch of a climate education platform to educate young people about climate change issues.