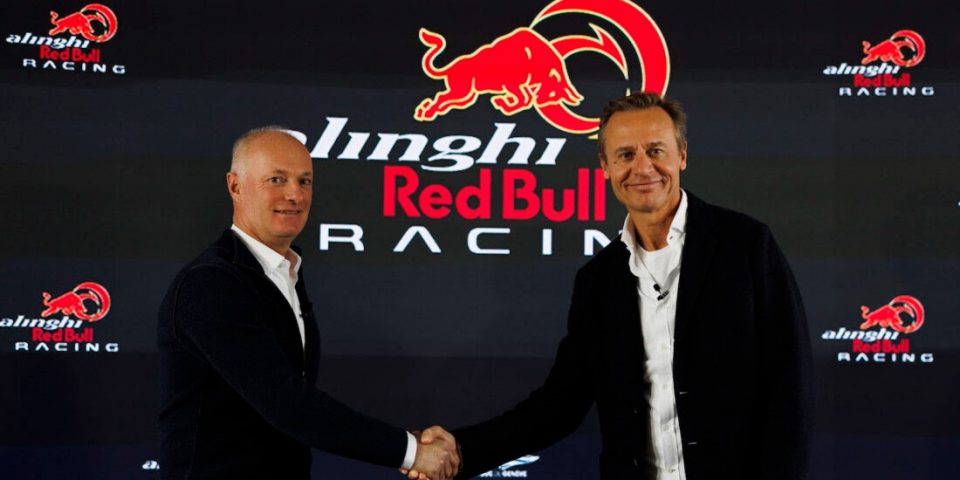 On the Market: Alinghi and Red Bull Racing join forces for the America’s Cup

YANNICK BESTAVEN, winner of the last Vendée Globe, was elected French Sailor of the Year 2021.

YOANN RICHOMME has been chosen by Arkéa and Paprec to be the new skipper of the future Imoca in the colours of the two companies, an Antoine Koch / Finot-Conq plan which will be built in 2022 at Multiplast.

JACQUES CARAËS, assisted by CLAIRE RENOU, will be the race director for the first edition of The Race Around, a race around the world in Class40 which will start in 2023.

THE OCEAN RACE is looking for in Alicante:

WORLD SAILING is looking for in London:

PIXEL SUR MER is recruiting an automatic / robotic engineer and an electronic engineer & embedded computing engineer on permanent contracts to be based in Lorient (to be filled immediately).

NICOLAS D’ESTAIS is looking for a person to ensure the technical preparation of his Class40 for the 2022 season up to the Route du Rhum.

PATRICK KERFRIDEN, holder of a master’s degree in Management, offshore sailing, 15 years of experience, offers his know-how in organization, management, recruitment, and management, to a team committed to an offshore racing project.

THE FIGARO BENETEAU CLASS unveiled the calendar for the 2022 season with five races comprising the French championship and three “Academy” stamped events open to young people. The class also launched a partner club and reorganized its office into a board of directors.

THE ROUTE DU RHUM-DESTINATION GUADELOUPE 2022, which has a new visual identity, was presented at the Nautic by its organizer, OC Sport Pen Duick. The village will open on October 25 in Saint-Malo, while all the boats, including the Ultims, will be grouped together in the same two basins.

TANGUY LE TURQUAIS announced this week that he has bought Imoca Groupe Apicil from Damien Seguin. He is now looking for partners to participate in the Route du Rhum 2022, then in the Vendée Globe 2024.

SAILGP has unveiled the program for its season 3 which will include 10 Grands Prix, the first in May 2022 in Bermuda, the last in the first quarter of 2023.

THE 52 SUPER SERIES 2022 will include five events, the circuit will start in Baiona, a new destination, in May, to end at the end of October in Barcelona, the TP52 world championship will be held in Cascais (20-25 June).

THE CAP MARTINIQUE, the first edition of which should have taken place in 2021, will start on May 1, 2022 from La Trinité-sur-Mer to Fort-de-France.

THE PRO SAILING TOUR 2022 will end with a final rush starting from Saint-Quay-Portrieux, which will also host the kick-off of the Tour de Bretagne 2023.

THE FRIENDS OF BERNARD RUBINSTEIN ASSOCIATION will organize in 2022 at the Maritime Museum of La Rochelle an exhibition which will present a large part of the collection of the former journalist / navigator, with which the National Maritime Museum will be associated.

THE AZIMUT-LORIENT AGGLOMÉRATION CHALLENGE 2022 will take place from September 13 to 18.

MERCONCEPT announced the launch of the Lab, a sustainable innovation laboratory the objective of it being to help reduce the environmental impacts of the maritime world by relying on the innovations developed in ocean racing.

SAILGP launches for the Australian Grand Prix (December 17-18) SailGP Insights, a new platform providing data in real time on the boats during the televised broadcasts of the events.