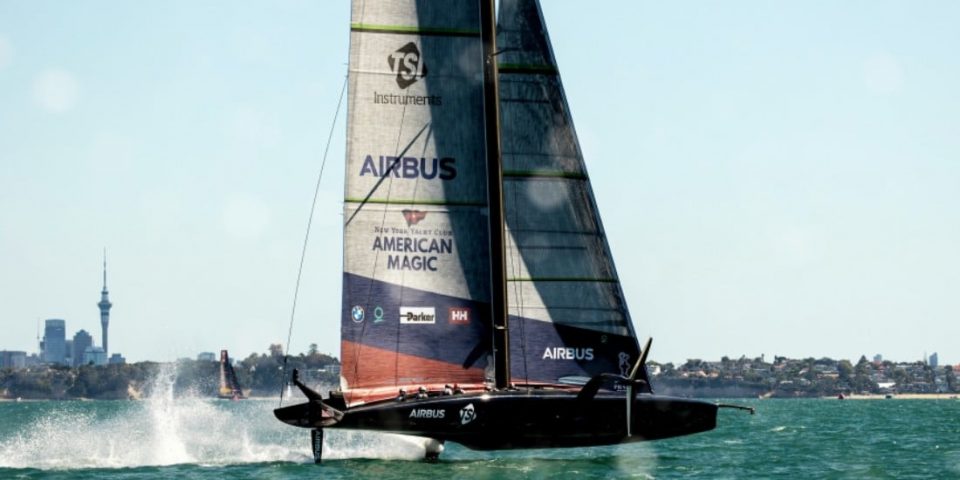 On the Market: American Magic

MARTINE GRAEL, who managed to keep his Olympic title in the Tokyo Games in the 49er FX class after winning in Rio five years earlier, has been awarded the Magnus Olsson prize awarded each year by the Mange Olsson Foundation.

HANNAH MILLS and EILIDH MCINTYRE, Olympic 470 champions in Tokyo, the duo DYLAN FLETCHER / STUART BITHELL, winners in the 49er class and MARK ROBINSON, who ran the British team at the Olympics were awarded OBE’s this year.

BEYOU RACING is looking for a composite manager for the Charal project, a permanent position in Lorient. Experienced in composites, the apointee will also be responsible for the workshop and will be required to work as a preparateur on the the water.

LAMOTTE MODULE CRÉATION SAILING TEAM is looking for someone to take care of the technical preparation of Luke Berry’s new Class40 for the 2022 season.

POLARYSE, a film production company specialising in sea events and ocean races is hiring a trainee editor. Based inLorient from February 2022, the job will last at least 4 months.

AMERICAN MAGIC will again represent the New York Yacht Club (which had initially signed up with Stars + Stripes) in the 37th America’s Cup.

KENEO has announced they are joinging up with Upswing Prod to organise the  Pro Sailing Tour, the second edition of which will take place from May to July 2022 between the Mediterranean and the English Channel.

GARMIN announced this week they are taking over Vesper Marine, supplier of AIS and VHF solutions and surveillance gear for shipping.

DEE CAFFARI and SHIRLEY ROBERTSON have decided to unite in 2022 in the double-handed race circuit culminating in the Sevenstar Round Britain and Ireland Race next summer. They will sail aboard a Sun Fast 3300 supplied by Sea Ventures UK.

Photo: Sailing Energy
In partnership with