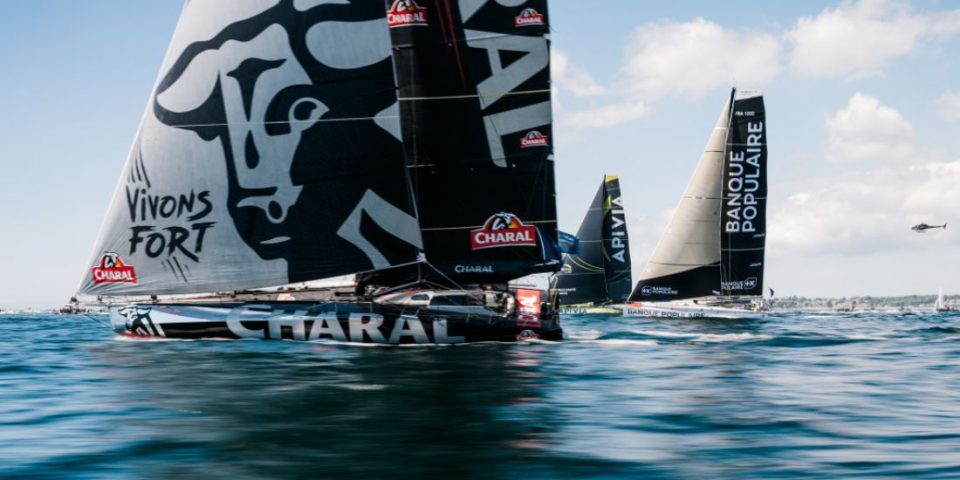 On the Market: Banque Populaire Grand ouest official partner of the Vendée Globe

BENOÎT MARIETTE, in addition to racing this season on the Figaro circuit, has joined DMG Mori Sailing Team, in charge of the performance and optimization of Kojiro Shiraishi’s Imoca for the Vendée Globe.

FRANCK CAMMAS has announced his departure from Gitana Team – he will however continue to back up Charles Caudrelier for the Route du Rhum-Destination Guadeloupe. He has left “in order to be able to take up other challenges”. The Gitana Team has announced that MORGAN LAGRAVIÈRE will now be Charles Caudrelier’s replacement skipper, while ERWAN ISRAEL will take care of the routing on the Rhum whilst also taking charge of the analysis of the performance of the Maxi Edmond de Rothschild.

COM’OVER AGENCY, with Caroline Concetti (CCCommunication) and Matthieu Honoré (Sillages Communication), won the call for tenders for the organization and management of SAEM’s Vendée influence and press relations strategy until the next Vendée Globe 2024. ADDVISO has for its part been selected for the editorial and digital strategy and activation over the period 2022-2025.

ROSS DANIEL, after having been technical director of Alex Thomson Racing and working with the British solo racer since the very early days of his career, becomes CEO of Minerva Technical, a yard specializing in composites.

PAPREC ARKÉA is looking for a versatile preparateur (M/F), with knowledge of hydraulics and mechanics, to work on Yoann Richomme’s Vendée Globe project; a permanent position based in Lorient.

FKG MARINE RIGGING & FABRICATION is actively seeking a head of fabrication, based in Sint-Maarten, Caribbean.

SPINDRIFT RACING is looking for a 360° communication officer with a digital focus to coordinate the Maxi and TF35 programs and animate the social networks; freelance or full-time position to be filled immediately, based in La Trinité-sur-Mer.

VIRTUAL REGATTA is recruiting for its headquarters in Issy-les-Moulineaux:

EMMY GROSSEAU, in her second year of work-study at the Institut Nautique de Bretagne for the Highfield brand (technical-commercial), is looking for a new work-study program in communication and events in the field of offshore racing for September 2022.

MARIE VANDERSCHUEREN, in her second year of engineering school at HELMo Gramme (in Belgium), is looking for a 6-week internship in the field of offshore racing at the beginning of November 2023 (7 November-19 December) in during his third year of studies.

THE KRESK GROUP announced on Thursday that it had taken legal action to settle the dispute between it and the Ultim 32/23 class over the compliance of François Gabart’s SVR Lazartigue trimaran with the measurement rules (see our article).

THE HOLCIM GROUP announced on Monday that it has finalized the acquisition of PRB, the Vendée company, title partner of Kevin Escoffier and Damien Guillou.

BANQUE POPULAIRE GRAND OUEST has signed up for four years as an official partner of the Vendée Globe and also of the 2022 Arctic Vendée and the 2024 New York Vendée.

HENRI LLOYD has signed up as a partner for the British SailGP team.

THE SARDINHA CUP looks forward to a third edition racing between Saint-Gilles-Croix-de-Vie and Figueira da Foz (Portugal) with an entry of 22 duos.

RAYMARINE has committed itself as the official electronic supplier of the Global Solo Challenge.

THE INTERNATIONAL WASZP GAMES 2023 will be held in December in Sorrento (Australia).