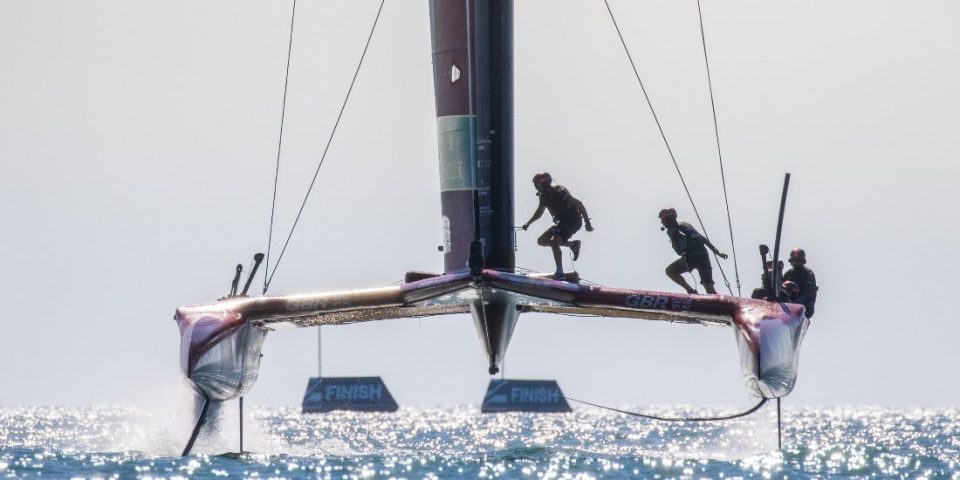 On the Market: Ben Ainslie owner of the British SailGP team

INEOS BRITANNIA, the record challenger for the 37th America’s Cup, unveiled their management team on Monday: Sir Ben Ainslie is skipper and CEO of the British challenge, he will be assisted by James Allison, as chief technical officer – a role which he also occupies for the Mercedes AMG F1 team, of which Ineos is also a sponsor -, and by Geoffrey Willis (who also comes from F1) as technical director. Martin Fischer (ex Luna Rossa) is in charge of design, while Giles Scott, two times Olympic Finn champion is the first signing to the sailing team and David Endean, who was also already part of the British challenge, is promoted as COO.

GLOBESAILOR, a cruise and boat rental agency, is looking for a creative web-marketing director. Permanent position to be filled immediately, in Lorient La Base or Paris.

TECHNIQUE VOILE is recruiting a designer (engineer / naval architect profile, sailor if possible) with or without experience; permanent position, based at their design office in La Trinité-sur-Mer.

BEYOU RACING is looking for an experienced marine engineer (5 years experience in ocean racing) for the Charal project, based in Lorient.

NADINE KESSLER, an experienced sailor and designer based in Berlin, is available for branding and graphic concept and design consultation. Flexible with time and travelling, first consultation meeting free.

NINA PROFFIT, after notably a technical experience of 7 months as a technical assistant with the Maitre CoQ Team of Yannick Bestaven, is looking for a passage to validate her crew certificate. Available from mid-October for delivery.

BEN AINSLIE officially became the owner of the British SailGP team, the franchise of which he bought from Larry Ellison, thanks to the financial support of Chris Bake, the British businessman who has been on the RC44 circuit since 2007 at the head of Team Aqua.

SAILGP has confirmed the change of F50 crews from five to six sailors, with the mandatory presence on board of a woman, from the Cadiz Grand Prix this weekend.

CAMILLE LECOINTRE, double Olympic bronze medallist in the 470 (with Hélène Defrance then Aloïse Retornaz), and JÉRÉMIE MION, who teamed up with Sofian Bouvet in Rio in 2016 (7th) and Kevin Peponnet in Tokyo this year (11th), are pairing up for a campaign for the Paris 2024 Games in the new mixed 470 event.

SKIPPER MACIF: the five finalists of the Skipper Macif Selection are Loïs Berrehar, Robin Follin, Estelle Greck, Lucas Rual and Alexis Thomas. The winner will be known on October 29 after a week of trials in Port-la-Forêt.

HAGER GROUP is committed as official sponsor of Fabrice Amedeo for the next Vendée Globe.

THE TRANSAT JACQUES VABRE is organizing the meeting of ocean and environment solutions on Thursday, October 29 in Le Havre.

GARMIN has signed up as official timekeeper for the Transat Jacques Vabre.

OLIVIER JEHL is the 36th sailor registered for the Global Solo Challenge, around the world which will start in 2023.

JEAN-BAPTISTE DARAMY has just bought Tales II (Class40 n ° 123) to participate in his second Route du Rhum in a row, in the colors of Chocolats Paries-SCREB.

THE CIC NORMANDY CHANNEL RACE 2022 will start on May 15, the Notice of Race has just been published, officially opening entries.

NASTRO ROSA TOUR is organizing a new Tour of Italy from November 6 to 19 for mixed doubles and in Figaro Beneteau 3, from Venice to Genoa (with 8 stopovers), prize fund of with € 50,000 (including 20,000 for the winner).

CLASS40 has announced the launch of its Mediterranean Trophy, which will include eight events in 2022

LAURIE DAVIDSON, New Zealand designer who was notably part of the Team New Zealand design team when the Kiwi challenge won the America’s Cup in 1995 and then defended it successfully in 2000, died on Monday at the age of 94 years old.