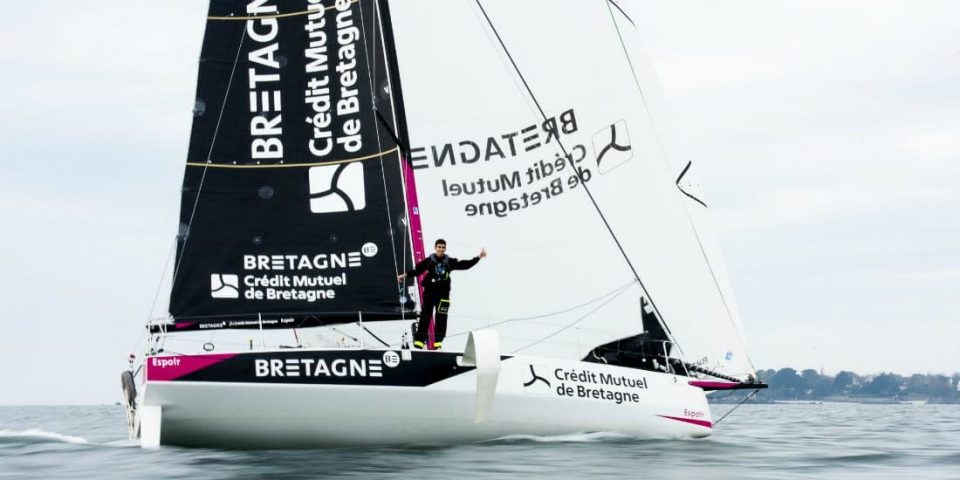 On the Market: Gaston Morvan on the tracks of his father

HALVARD MABIRE has been confirmed as President of Class40 for another year by the general meeting held last Saturday. Luke Berry joins the board of directors on which Catherine Pourre and Cédric de Kervenoael were re-elected.

PETE BURLING received the Magnus Olsson Prize 2020 awarded annually by the Mange Olsson Foundation to a sailor who made an important contribution to the world of sailing.

GASTON MORVAN, son of Gildas Morvan, won the Bretagne CMB Espoir Challenge, he will race next year in Figaro Beneteau 3 with the Bretagne CMB team alongside Tom Laperche and Elodie Bonafous.

ABSOLUTE DREAMER, is looking for a freelance technical manager to manage the technical support for the ETF26 fleet for the 2021 season (routine maintenance, composite, fittings, stock management / sale of spare parts …). Position based in Lorient with travel to regattas and training.

INO-ROPE is looking for an experienced sailor (M / F) to be a race dept project manager it is a permanent position in Concarneau, with travel to be expected.

VPLP is looking for an architect/ project manager to strengthen its team at the yachting centre in Paris.

ELLIOT HARANT, a young graduate from Insa in Toulouse, who specialises in mechanics and energy, is looking for a short term or permanent contract in ocean racing on a project involving sustainable development and alternative energy.

TARA TROUSSIER (Carrington Boats) is offering her services as a naval architect (drafting/3D modelling/project engineer) for freelance work up until March.

THE WORKSHOP, HOW TO PREPARE FOR YOUR MINI-TRANSAT by Tip & Shaft, led by LUCAS MONTAGNE, is now offered remotely by videoconference, with two sessions planned of three evenings (7-8-10 and 14-15-17 December). Attention, places are limited.

AUCKLAND AMERICA’S CUP WORLD SERIES will take place from 17 to 20 December, their format as well as the detailed program was unveiled on Friday.

THE NEXT IRC / ORC WORLD CHAMPIONSHIPS will take place from June 18 to 26 2022 in Porto Cervo. In addition, registrations are open for the ORC 2021 World Championship planned for Tallinn (6-14 August).

PANERAI has signed up as official timekeeper for the Prada Cup – the qualifiers between the challengers of the 36th America Cup- which will take place from January 15 to February 24, 2021.

GARMIN became the official timekeeper of Thomas Coville and his crew of Sodebo Ultim 3 on their Jules Trophy Verne which started on Wednesday.

THE RORC CARIBBEAN 600 2021 will start on February 22, registrations are now open.

THE SAILGP CIRCUIT will make a stopover in Bermuda in 2021 for the first time (April 24–25) and in Italy, in Taranto (June 5-6); these two events replace those initially planned in San Francisco and New York, which were considered to be too uncertain because of the linked to the health crisis.

HENRI LEMÉNICIER is chartering his Figaro Bénéteau 3 (n ° 33) for the 2021 season, based from Lorient and equipped to the rules.
Photo: Martin Viezzer
In partnership with