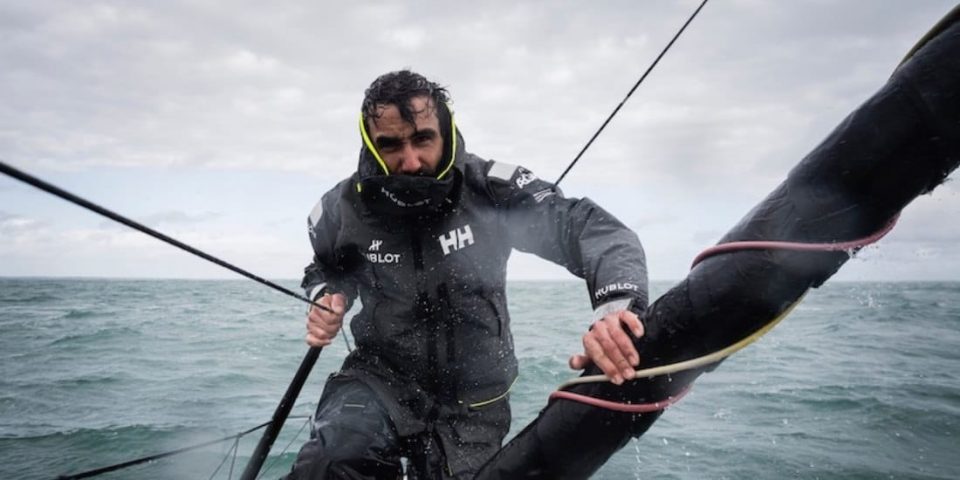 On the Market: Hublot new title partner of Alan Roura

MARCUS HUTCHINSON is leaving TR Racing, Thomas Ruyant’s team, where he was team manager during the last Vendée Globe campaign.

ALEXANDER CHAMPY-MCLEAN, who has worked during recent years on the Vendée Globe and the Mini Transat, has joined The Ocean Race as social media manager for the next edition.

TR RACING, Thomas Ruyant’s ocean racing team, is looking for an assistant logistics project manager for the 2022 season; fixed-term position to be filled in April, based in Lorient.

PRYSMIAN GROUP for Giancarlo Pedote’s Imoca project is looking for:

The TRANSAT JACQUES VABRE ASSOCIATION is looking for a general manager to coordinate the organization of the double-handed transatlantic race; position to be filled in April, applications to be submitted before March 25.

ERIC BELLION has announced the construction of an Imoca without foils, in collaboration with Jean Le Cam, with a view to the next Vendée Globe. The boat will be launched in the spring of 2023. In the meantime, the 9th of the edition 2016 will line up this year on the Imoca circuit aboard Hubert, leased from the very same Jean Le Cam.

ARMEL TRIPON hopes to launch the construction of a VPLP design in June, from the moulds of Boris Herrmann’s boat, from downgraded carbon fibers and offcuts of composite parts. To finance the project (2 million euros per year), he is looking for partners.

HUBLOT has become the new title partner of Swiss skipper Alan Roura for the next Vendée Globe.

TEAMWORK has renewed its partnership on the Mini 6.50 circuit with Pierre Le Roy, winner of the Mini Transat in prototype, for the 2022 season.

EXTIA is committed as a partner of Romain Pilliard for the rest of the round the world trip, which the latter intends to complete in three stages, and the next Route du Rhum.

BANQUE POPULAIRE GRAND OUEST has signed up as title partner of the Banque Populaire Grand Ouest Trophy, on the road to the Ponant Islands, a new 800-mile double-handed Figaro race, which will start on 1 May.

SAILGP has revealed the final two race venues for its Season 3: Christchurch will host the New Zealand Grand Prix, as part of a four-season partnership with New Zealand Major Events, and San Francisco the final on May 6-7 .

THE FRENCH SAILGP TEAM organized this week at the ENVSN in Quiberon a GC32 course as part of the Women’s Pathway Program. In addition to Amélie Riou and Hélène Noesmoen, members of the team during season 2, Lara Granier, Manon Audinet, Camille Lecointre, Aloïse Retornaz, Mathilde Geron and Margaux Billy are part of this device.

THE ARCTIC VENDÉE LES SABLES D’OLONNE 2022 has published its notice of race which in particular imposes a qualification to be done either during the Guyader Bermudes 1000 Race, or on a course of 800 miles in one go, 1,000 miles in two stages.

THE FOILING WEEK launches the Foiling Film Festival which will take place from June 29 to July 2 in Malcesine (Italy).

VIRTUAL REGATTA launches with Accenture Deep Sea, the I-Roboat Challenge, the first virtual sailing race reserved for students to allow them to develop their own artificial intelligences.

KND MARINE has announced the opening of its French subsidiary in Lorient managed by Valentin Le Pivert.