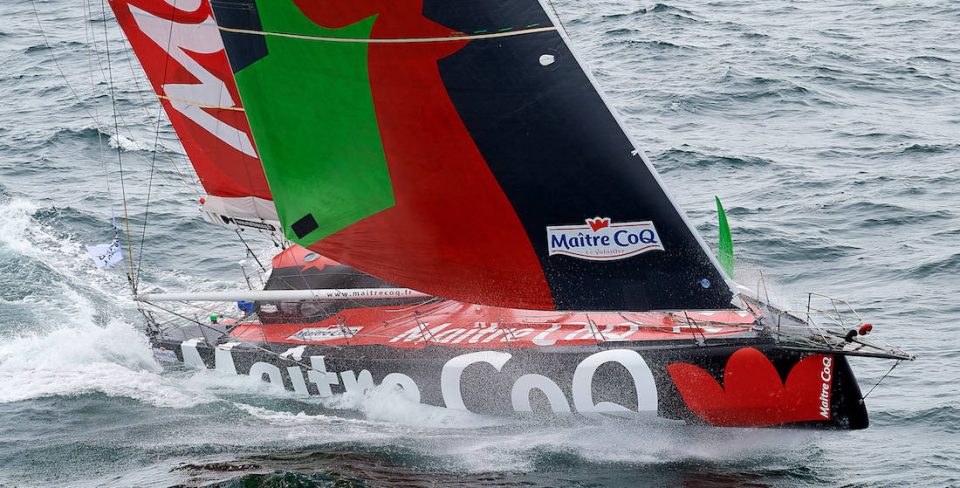 On The Market: Jean-Marie Dauris with Yannick Bestaven in the next Transat Jacques Vabre

JEAN-MARIE DAURIS will replace Roland Jourdain, forced to retire due to a herniated disc, as co-skipper of Yannick Bestaven aboard Maître CoQ in the next Transat Jacques Vabre.

MARIE RIOU was chosen by Amélie Grassi to accompany her on the next Transat Jacques Vabre aboard her new Class40 La Boulangère Bio.

CAPONNETTO HUEBER is currently looking for the office located in the Marina of Valencia, Spain :

MULTIPLAST is recruiting in Vannes:

MERCONCEPT are looking for, to work at their headquarters in Concarneau:

WILLIAM CROXFORD, the British sailor from Kettering, is the 28th registered entry for the Global Solo Challenge which will start in 2023, the French PHILIPPE DELAMARE the 29th, the Belgian AMAURY DE JAMBLINE the 30th.

KOSTUM, a high-end gates and fencing company from Brittany, has signed up as the title co-partner (alongside Lantana Paysage) of Louis Duc and Marie Tabarly for the next Transat Jacques Vabre.

ZHIK have committed for three years as a partner of the international class Moth.

THE 2022 YACHT RACING FORUM will be held in Malta in November; the 2021 edition, initially scheduled for Portsmouth, will however not take place.

GRANT DALTON, boss of Emirates Team New Zealand, announced on the official Kiwi Challenge website that “there is still a chance (albeit small), that a successful Defence (of the America’s Cup) is held in New Zealand”, but declared: “We received a significant number of expressions of interest and that has now been narrowed to three.”

UNCOMMON LIMITED, a sportswear brand, has signed up as a partner of The Race Around, the Class40 round-the-world race which will start in the summer of 2023.

ORIGINAL LONELY ROCK RACE: the notice of race for this event, which will start on July 17, 2022 on the original Fastnet course (Cowes-Plymouth) has been published, thus opening registrations.

THE MIRABAUD YACHT RACING IMAGE 2021, competition for sailing photos taken in 2021, will be awarded by a jury made up of Jo Aleh, Gilles Martin-Raget, Glenn Ashby, Nicolas Mirabaud and Anne-Cécile Turner. In addition, the regulations have changed following the cancellation of the Yacht Racing Forum due to Covid-19, with the possibility for candidates to send their photo until October 5, an online vote from October 14 to November 3 and the announcement of the winner on November 13.

MAUI JIM has become the official eyewear supplier of the SailGP circuit.

SP80, Swiss project to tackle the world speed record on an engin sailing, announced the launch of the construction of its prototype (7 meters long by 6 wide, towed by a kitesurf kite) at the Persico Marine shipyard for a launch scheduled for spring 2022.

PERSICO MARINE officially presented the Persico Fly40, a one-design monohull with foils, directly inspired by the AC75s of the America’s Cup.

BENETEAU unveiled the lines of its new First 36, dedicated to cruising-racing, designed by Sam Manuard.

DOUARNENEZ COURSES announced Thursday the launch of the Douarnenez offshore racing training center, open to Mini, Figaro Beneteau, IRC and Class40, and hosted by Kevin Bloch, winner of the rookie ranking on the Solitaire du Figaro 2020.