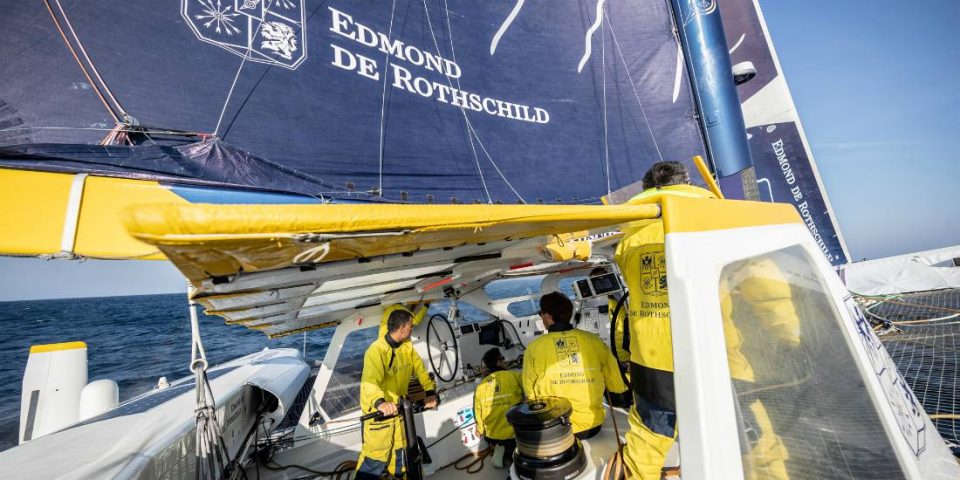 SIMON FISHER, ROB GREENHALGH and KYLE LANGFORD were officially announced as among the crew of the Imoca to be built in the colours of 11th Hour Racing for the 2022-2023 edition of The Ocean Race.

MORGAN LAGRAVIÈRE, DAVID BOILEAU and YANN RIOU will be part of the crew of the Maxi Edmond de Rothschild who, with the skippers Franck Cammas and Charles Caudrelier, will be on stand-by for the Jules Trophy Verne from November 1st. The 6th team member, to be chosen between Yann Eliès and Erwan Israel, will be announced soon, the router will be Marcel Van Triest.

THE RUSSELL COUTTS SAILING FOUNDATION TRUST is looking to fill a permanent position for a General Manager and Head Coach in New Zealand.

MARSAUDON COMPOSITES is looking for a boatbuilder position based in Lorient.

POL ROBERT, water sports enthusiast with 5 years of major accounts sales experience including internationally, is looking for a new opportunity in ocean racing in business development or sponsorship project management.

EDENRED becomes the title partner of Basile Bourgnon (son of Laurent Bourgnon) in Mini 6.50 until the Mini-Transat 2021. The company has renewed its partnership in Class40 with Emmanuel Le Roch for the next three years.

KARVER are the title partner of Diam 24 led by Guillaume Pirouelle (who is an engineer in the design office of the Breton company) at two events at the end of the season: Spi Ouest-France (which takes place from Thursday to Sunday) and Normandie Cup.

THE PARIS BOAT SHOW 2020 will not take place following the news restrictions announced Wednesday by the French government, announced the federation of nautical industries which has instead set up a digital event “tourism, territories, nautical destinations and innovation “.

GROUPE ROYER, after three years alongside Anthony Marchand on the Figaro Bénéteau circuit, will end its partnership at the end this season.

THE 2021 PERSICO 69F CALENDAR has been unveiled, it will include four Grand Prix and a special event in August called Revolution.

LES VOILES DE ST. BARTH RICHARD MILLE has opened pre-registrations, without commitment, ahead of the 2021 edition which will take place from May 11 to 17.

GARMIN are committed as the official supplier of Ineos Team UK, the British challenge for the 36th America’s Cup.

WORLD SAILING has published the list of submissions and the schedule of its Annual Conference which will take place this virtual year from October 15 to November 1.

HUGO BOSS announced the launch of the new Sailing Capsule collection of eight pieces for men crafted from responsible materials and in the colours of Alex Thomson’s 60 foot Imoca.

ADHINOTEC is renting a hangar that can accommodate two Imoca in Port-la-Forêt from April 2021.