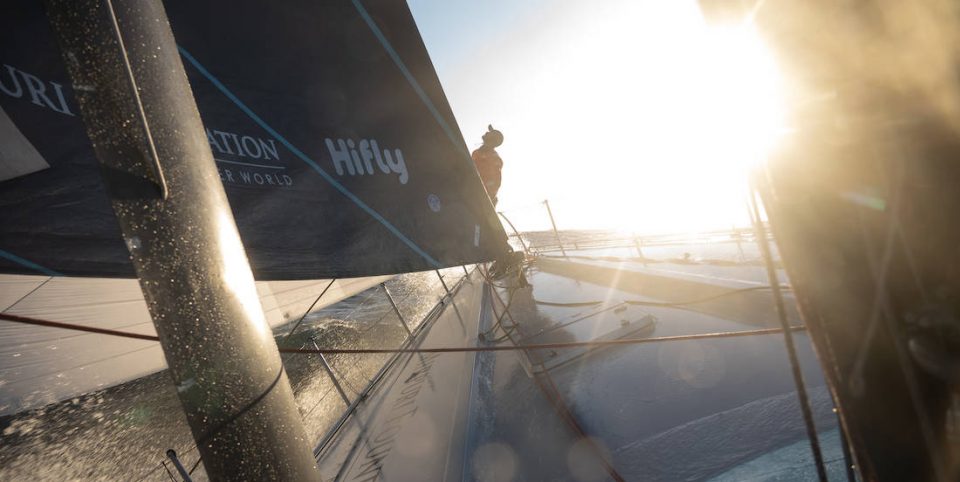 On the Market: New date and new course for The Ocean Race

ELODIE BONAFOUS was chosen by Quéguiner Group to replace Tanguy Le Turquais on the circuit Figaro Beneteau in 2022.

CAPONNETTO HUEBER  is recruiting in Valence (permanent positions to be filled in January) :

BEYOU RACING is looking for several experienced technicians to strengthen the Charal project in the following areas: composites, general preparateur, hardware / rigging; positions based in Lorient, to be filled from the start of 2022.

TEAM SPIRIT RACING, the new structure of the Imoca Arkéa-Paprec project, is looking for a versatile boat preparateur. First mission: fitting out and organizing the workshop.

ADRENA are recruiting a commercial and administrative assistant, bilingual English; permanent position, based in Saint-Sébastien-sur-Loire (44).

TECHNOLOGIE MARINE, the Charlie Capelle yard, based in La Trinité-sur-Mer, are looking for:

INEOS BRITTANIA is looking for an accounts assistant ; full time fixed term contract through to Summer 2024, based in Brackley, Northamptonshire

GRAND LARGE SERVICES ATLANTIQUE are looking for an experienced nautical maintenance technician (M/F) for the maintenance and repair of RM Yachts sailboats (Grand Large Yachting Group); a full-time position, on a permanent contract, to be filled immediately, based in La Rochelle.

THE COMPANY NAVMAN is recruiting a Managing Director (M / F) as part of Alan Roura’s Vendée Globe 2024 project a permanent position based in Lorient.

THE SAILORZ FILM FESTIVAL (ex Wind Festival), organized by Tip & Shaft, will take place on February 11, 2022 at the Grand Rex in Paris, before going on tour in the French regions. On the menu: new and exclusive films and images, and sailors on stage. Are you a director, producer, pro or amateur runner, team, race organization, and you have a project or want to broadcast your film? Contact us.

THE OCEAN RACE unveiled on Thursday a modified course for the 2022/2023 edition which will finally start “at the end of December 2022 / beginning of January 2023”. After a first stopover in Cape Verde and a second in Cape Town, the fleet will no longer pass through China and New Zealand, but will go directly to Itajai (Brazil) for a stage of 12,750 miles, before heading towards Newport , Aarhus, The Hague and ending in Genoa.

CHARLIE DALIN and APIVIA have renewed their partnership until the end of 2026, with a new Imoca for the skipper from Le Havre, designed by Guillaume Verdier, in collaboration with MerConcept, who will be responsible for the technical and sporting management of the project.

SQUID (Great Circle), the European leader in marine weather forecasting for sailors and motor sailors, has been acquired by the Nantes-based company D-Ice Engineering.

PINEAPPLE MONTEGO BAY 2022 will not take place as planned next January due to the health crisis, the next edition will be held from January 21 to 28, 2023.

KPMG AUSTRALIA has signed up as a presentation partner of the Australian Grand Prix, the penultimate stage of Season 2 of SailGP.

THE SEVENSTAR ROUND BRITAIN & IRELAND RACE will start on August 7th, entries are open.