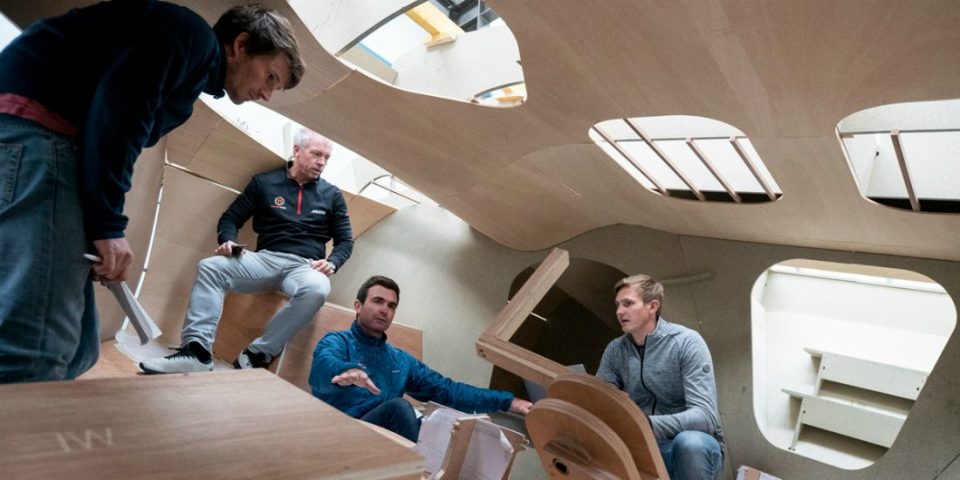 On the Market: New IMOCA for 11th Hour Racing, de Pavant and Altadill on the Globe40…

11TH HOUR RACING TEAM announced that the team is building a new IMOCA 60, designed by French architect Guillaume Verdier and built by CDK Technologies under the supervision of MerConcept, partner of the American team for the technical and performance aspects.
THE GLOBE40 should muster about 20 crews for its first edition (starting in June 2021 from Tangier) including Kito de Pavant and Gwen Bick and by the Spaniard Guillermo Altadill, accompanied by Portuguese Felipe Silva, who have just announced their participation.

LA LE HAVRE ALLMER CUP, last round of the French Elite Championship offshore race which was to be held from 10 to 18 October, was canceled due to “too few participants”, the Société des Régates du Havre announced Friday.

THE HAGUE was named international sailing capital for 2023 by World Sailing. That is the year, the capital of the Netherlands will host the world championships which are delayed by one year (10-20 August 2023) and also one stage of The Ocean Race. In addition, the youth world championships, still scheduled for 2021 in The Hague, are also postponed for one year.

PALMAVELA, initially scheduled for May and postponed to October, will now not take place in 2020, the 17th edition will be held from May 6 to 9 2021.

THE MAILASAIL OSTAR AND TWOSTAR RACE, postponed for one year due to Covid-19, will start on May 9, 2021.

THE PINEAPPLE CUP-MONTEGO BAY RACE, an 811 mile race between Miami and Montego Bay, will not take place as planned in January 2021, the organizers have postponed the race for a year (22-29 January 2022).

THE CONGRESSIONAL CUP 2021, which is once again part of the World Match Racing Tour, will take place from May 16 to 21 2021 on identical Catalina 37 footers.

WORLD SAILING announced the launch in 2021 of a sailing festival dedicated to women and girls, called Steering the Course, which will take place from May 21 to 31 in the Northern Hemisphere and from October 1 to 10 in the southern hemisphere.

DOYLE SAILS have announced the launch of two new lofts in Germany, one in the North, the other in Bavaria.