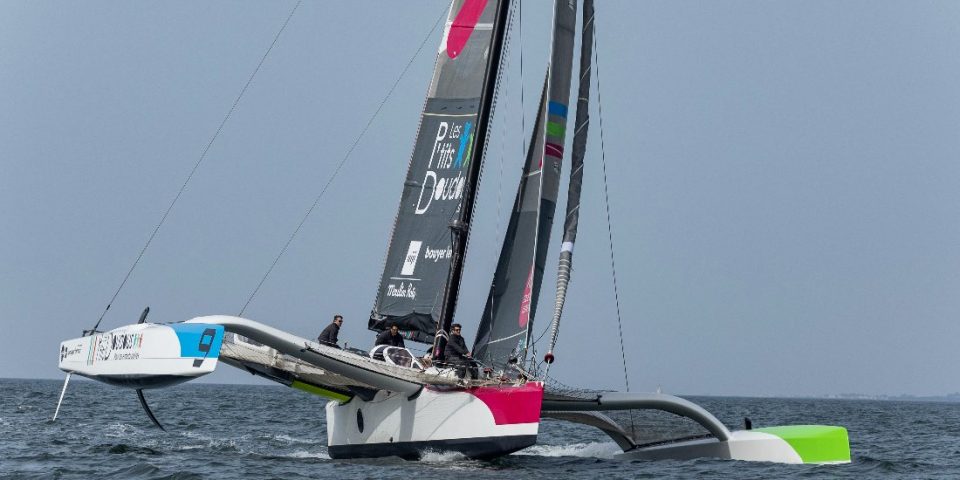 On the Market: New partners for Armel Tripon in Ocean Fifty

PAPREC ARKÉA is looking for a versatile preparateur to work on Yoann Richomme’s Vendée Globe project; a permanent position based in Lorient.

SPINDRIFT RACING is looking for a 360° communication officer with a digital focus to coordinate the Maxi and TF35 programs and animate the social networks; position to be filled immediately, based in La Trinité-sur-Mer.

IMM GUADELOUPE (International Marine Management) is actively recruiting for its site based in Pointe-à-Pitre:

GUNBOAT is recruiting on permanent contracts in La Grande Motte, for positions to be filled immediately:
VIRTUAL REGATTA is recruiting for its headquarters in Issy-les-Moulineaux:
THE OCEAN RACE is looking for in Alicante:

EMMY GROSSEAU, in her second year of work-study at the Institut Nautique de Bretagne for the Highfield brand (technical-commercial), is looking for a new work-study program in communication and events in the field of offshore racing for September 2022.

MARIE VANDERSCHUEREN, in her second year of engineering school at HELMo Gramme (in Belgium), is looking for a 6-week internship in the field of offshore racing at the beginning of November 2023 (7 November-19 December) in during his third year of studies.

TIDE is looking for a work-study student for communication and event missions in the offshore racing sector; one-year position to be filled from September, based in Lorient, with travel to be expected.

VENDÉE ARCTIQUE: 25 solo sailors will be on the start line of the second edition of the Vendée Arctique on June 12 in Les Sables d’Olonne.

ARMEL TRIPON, whose Ocean Fifty carries the colours of the association Les Ptis Doudous, will be accompanied this season by new partners : the National Movement of Scop and Scic and the Bouyer Leroux company.

GUYOT ENVIRONNEMENT-TEAM EUROPE, an association between Benjamin Dutreux’s team and Robert Stanjek’s Offshore Team Germany (with which the Vendéen won The Ocean Race Europe a year ago), has officially confirmed its Imoca entry for The Ocean Race.

WORLD SAILING will be official partner of the next edition of the Yacht Racing Forum in Malta (21-22 November).

INEOS BRITANNIA has announced that it has chosen Palma de Mallorca as its winter training base for the 37th America’s Cup.

ZHIK has signed up as the official supplier of the Canadian SailGP team.

THE WORLD MATCH RACING TOUR has announced the launch of the first Women’s World Match Racing Tour, an extension of the WIM Series, which this year will include four stages, including the Normandy Cup in Le Havre from June 2 to 6.

WORLD SAILING has launched its website dedicated to the Paris 2024 Games.

THE MEDITERRANEAN TRAINING CENTER of La Grande Motte has launched its new website as well as a new visual identity.

SAILGP has launched a call for applications for young people wishing to participate in the Inspire program on the occasion of the Grand Prix in Saint-Tropez next September.