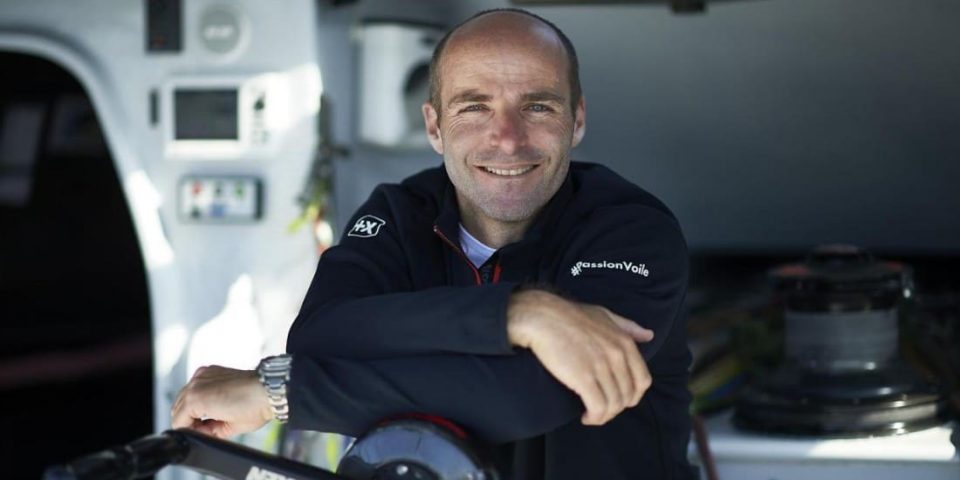 On The Market: Nicolas Lunven will replace

CAROLINE CARON, general manager of the last edition of the Transat Jacques Vabre, has announced that she is joining the International Olympic Committee, in charge of hospitality.

ELODIE-JANE and LAURANE METTRAUX, MAJA SIEGENTHALER, MAUD JAYET and NATHALIE BRUGGER have been selected to be part of the Swiss SailGP team for season 3 which starts in May.

AMERICAN MAGIC has announced the arrival of two new people in its management team: the Spaniard Luis Saenz Mariscal, back as chief legal officer and general counsel, and the American Jon Persch (chief commercial officer).

NICOLAS LUNVEN has been chosen by Banque Populaire to replace the pregnant Clarisse Crémer in the two Imoca races that she was to compete in this season on the boat chartered from her partner Tanguy Le Turquais, the Guyader Bermudes 1000 Race and the Vendée Arctic Les Sables d ‘Olonne.

SODEBO are looking for a sports marketing communications manager to lead its major Vendée Globe partnership; a permanent position, to be filled as soon as possible, based in Montaigu (85).

MERCONCEPT is looking for a boat builder/composite technician for an Imoca project; fixed-term position for 2 months, renewable, to be filled as soon as possible, based in Concarneau.

HALEHAU, a start-up which is developing the sports project management application Rise Sailing, is recruiting a salesperson; permanent position to be filled immediately.

ADRENA are looking for a communication, marketing and sales manager; this is a permanent position, to be filled immediately, based in Saint-Sébastien-sur-Loire (44).

THE CHARAL SAILING TEAM, as part of its Vendée Globe 2024 project, is looking for its on board reporter: creation and editing of content, participation in team events and PR and general public activations a permanent position, based in Lorient.

GURIT, to join its composite structural engineering office in the UK, is looking for:

SAIL ON SEA is recruiting an experienced boat captain for Damien Seguin’s Imoca Groupe Apicil; a position to be filled now, based in Lorient.

ARMAND GASTEL who is training in mechanical engineering at the Polytech Sorbonne, is looking for a work-study program for 36 months from the beginning of September in the field of mechanics, ideally within a design office.

THE APICIL GROUP announced this week that it had “strengthened” its partnership with Damien Seguin for the new Vendée Globe campaign, a campaign joined by two other partners: OCIRP and the Seguin group.

JEAN-PIERRE DICK announced on Friday that he has sold his interest in the ETF26 catamaran – which includes the ETF26 Series circuit – to Pierre Picot’s Anemo Sailing company.

GLOBE RACE 40: after the announcement of the opening of New Zealand on May 4, the course of the first Globe Race 40 (prologue on June 11 in Lorient, departure on June 26 from Tangier) is officially confirmed; to date, 10 crews have registered.

THE RACE AROUND, race around the world in Class 40 (departure September 10, 2023), has published its notice of race.

THE BERMUDA GOLD CUP, an event counting for the World Match Racing Tour scheduled for October, will not take place this year due to a lack of partners the organizers announced this week.

TECHNIQUE VOILE and INCIDENCE GROUP have announced that they have entered into exclusive negotiations for the takeover of the Trinité-sur-Mer sailmaker by the group headed by Yannick Richomme.

LUNA ROSSA CHALLENGE has partnered for three years with Ogyre, a sustainable development partner, whose objective is to fight against marine pollution via a network of fishermen.

THE TOUR DE BELLE-ILE will not take place this year, its organizer, Aurélie Pilliard, announced on Wednesday. The next edition will be held on May 7, 2023.

GIANCARLO PEDOTE has announced that he will fit Prysmian Group with new foils in 2023. The bow of the Italian’s Imoca has also been modified this winter.

BLACK STAR SAILING TEAM, a Swiss team already present on the GC32 Racing Tour, will also take part in the 44Cup this season.

PETER BURLING and BLAIR TUKE announced the launch of the Live Ocean Racing team, an initiative whose priorities are to enable women to enter high-level sailing; hence the entry this year of a 100% female crew in the ETF26 Series, skippered by Liv Mackay, who will be joined by Jo Aleh, Molly Meech, Alex Maloney, Erica Dawson and Jason Saunders (coach).

THE MIRABAUD YACHT RACING IMAGE is launching its 13th edition, photographers wishing to apply have until October 9 to send their photos taken between October 5, 2021 and October 9, 2022. The winner will be announced on November 21.