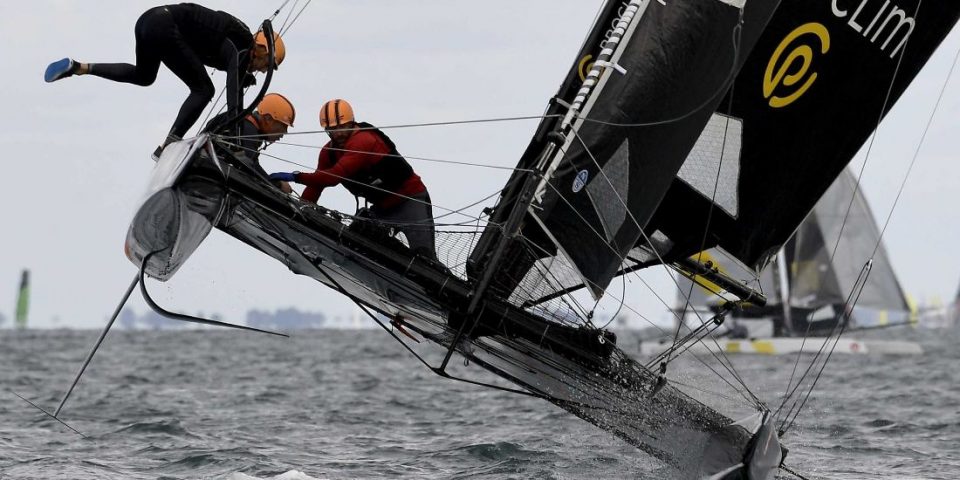 On the Market: registrations are open for the Spi Ouest-France

EDDIE WARDEN OWEN has announced that he will be stepping down in October 2021 as CEO of the RORC a post which he has held for 12 years; the yacht British offshore yachting club is looking for a successor.

JEAN LE CAM was promoted to Officer in the Order of Maritime Merit by the French Minister of the Sea, Annick Girardin, while Jacques Caraës and Christophe Gaumont, respectively race director and president of Vendée Globe race committee, were appointed knights.

CAPONNETTO-HUEBER is looking for a naval architect, a marine CFD engineer  and developer and a data scientist/machine learning engineer, and also a business developer and a marketing and communication responsible. All jobs located in Valencia (Spain).

THE SYDNEY-HOBART has been cancelled due to health reasons, one week ahead of what should have been the start of the 76th editIon on Boxing Day. A virtual race on Virtual Regatta will start Saturday.

SPI OUEST-FRANCE 2021 will take place from April 1 to 5, registrations are open.

THE SPEED BASE OF BREST  will be temporarily suspended as of January 1, 2021 due to a lack of resources linked to the sanitary crisis

THE UNCL is organizing the first of its 2021 keynotes on January 7, which will be dedicated to the presentation of the new features of the IRC 2021 rule.

THE OCEAN AS COMMON ASSOCIATION presented its 2020 report.