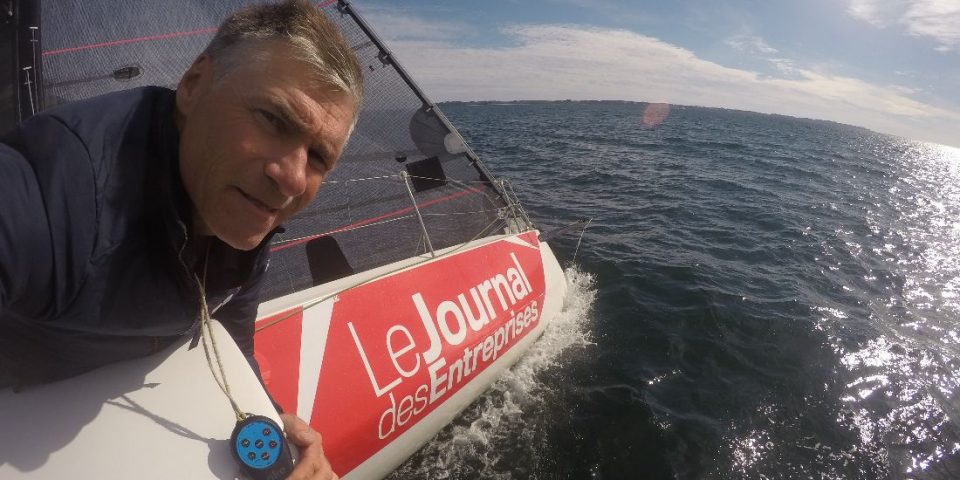 On the Market: Some partners for Fred Duthil and Benjamin Ferré

FRANCESCA CLAPCHICH joined the crew of 11th Hour Racing Team which left Concarneau last week to return to its American base in Newport. In full preparation for The Ocean Race, the Imoca will participate in the Newport Bermuda Race (departure June 17).

FREDDIE CARR has signed up AGAIN with the Ineos Brittania team again for the 37th America’s Cup, this will be his sixth consecutive Cup campaign.

DELTA VOILES is looking for a production manager, knowledge of the profession and the world of sailmaking desired; CDI position, to be filled quickly, based in Mauguio (South of France).
AZIMUT is looking for a communication & marketing manager in Lorient for the Azimut Challenge: coordination of the various digital media, social networks, live video, web, press relations. Position to be filled immediately.

MULTIPLAST is looking for in Vannes:

THE OCEAN RACE is recruiting a human resources coordinator, speaking English and Spanish, with knowledge of Spanish law; position based in Alicante.

TIP & SHAFT is looking for 6-month internships, to be filled quickly, based in Lorient La Base an intern to support our ESG (environmental and social governance) strategy.

MERCONCEPT is looking for a future intern in charge of communication and partnerships; internship of 6 months to 1 year, to be filled at the beginning of September, based in Concarneau.

BEFOIL is looking for a photographer, director and editor intern, with a bachelor’s or master’s degree, to meet the needs for digital information internally and externally; 4 to 6 month internship, from mid-June, based in Lorient.

OLIVIER MAINGUY, rigger since 2001, based in Lorient, is available for new offshore racing projects.

CHARLÈNE SALMON, who has 8 years of experience in communication, offers her services in digital communication to support offshore racing projects.

MONNOYEUR, a french group specializing in the manufacture of machinery for the construction, industrial and agricultural sectors, has signed up for four as the title partner of Benjamin Ferré; the naming of his Imoca will be shared with the Duo for a Job association, which connects young people from diversity and refugees seeking employment with mentors.

CAP MARTINIQUE: the second edition of the IRC transatlantic race between La Trinité-sur-Mer and Fort-de-France, the first of which is due to end, will start on April 14, 2024.

WORLD SAILING held its Mid-Year Meeting in Abu Dhabi from May 26 to 29, during which a few decisions were adopted, including the confirmation of the events and equipment for the 2024 Paris Olympic Games in view of the Los Angeles Games in 2028 and the recognition of the L30 and the Techno Windfoil 130 as international classes.

BACARDI is committed as a partner of the Star World Championship which will celebrate its 100th edition from September 8 to 17 in Marblehead (Massachusetts).

VENDÉE GLOBE: 28 of the 33 skippers who took part in the last edition will take part on June 3 in Les Sables d’Olonne in the Great Vendée Globe Parade.

11TH HOUR RACING will support the South African NGO Environmental Monitoring Group, which aims to reduce inequalities in access to drinking water, during The Ocean Race.

THE CLASS40 WORLD CHAMPIONSHIP (June 13-18 in La Rochelle) is officially on the World Sailing calendar.

GLASSHÜTTE ORIGINAL, a German watch brand, has renewed its partnership with Boris Herrmann for its new Vendée Globe campaign.

SAILGP has announced the launch of SailGP Technologies, a new company based in New Zealand, whose purpose will be the design, manufacturing, engineering, software and systems, in the world of the sea and space.