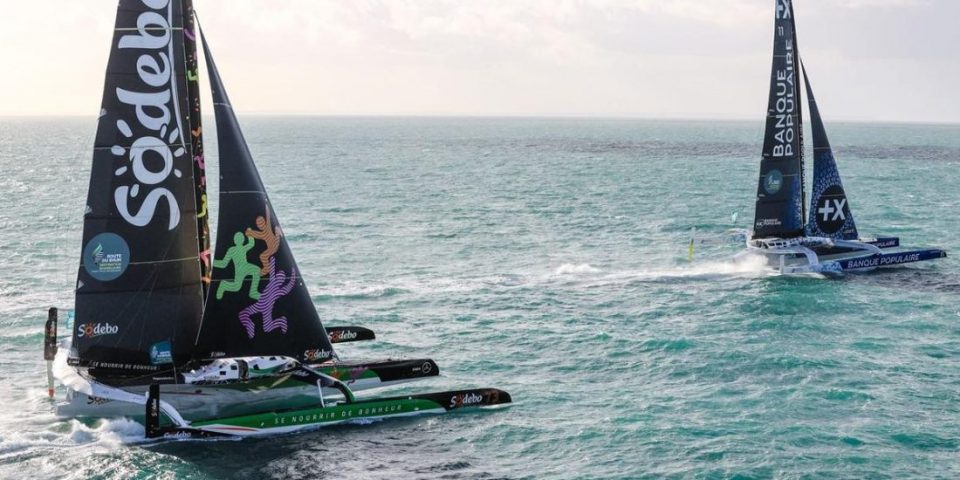 On the Market: The Arkea Ultim Challenge-Brest will start on January 7, 2024

STÉPHANE GUILBAUD, who notably worked for the Groupama and Spindrift teams, has been appointed secretary general of the Ultim 32/23 class.

BEYOU RACING is looking for a technician specializing in electronics and electricity (experience required) to assist its on-board IT and electronics manager as part of its development around the Imocas Charal and Teamwork; permanent position to be filled quickly, based in Lorient.

JEAN-PIERRE DICK is looking for paying amateur crew members to take part aboard his JP 54 Notre Méditerranée-Ville de Nice in the 2023 Pure Ocean Challenge, crossing the Atlantic (with record at stake) between Bermuda and Lorient , departure scheduled for May 7.

NORTH SAILS is looking for naval engineers and architects to join North Design Services, its team of external consultants based in Lymington (Great Britain).

K-CHALLENGE RACING, supported by the Société Nautique de Saint-Tropez, has been officially accepted by the Royal New Zealand Yacht Squadron as the fifth challenger for the 37th America’s Cup. Led by Stéphane Kandler, who had already led a K-Challenge campaign in the Cup in 2007, and Bruno Dubois, manager of the French SailGP team. All the details will be revealed at the end of January.

THE ARKEA ULTIM CHALLENGE-BREST, the first Ultim solo round-the-world race, will start on January 7, 2024, the organizer, OC Sport Pen Duick, announced on Friday. The village will open its doors on December 29, 2023, while race management has been entrusted to Guillaume Rottée, assisted by Pierre Hays, Guillaume Evrard and Frédéric Le Peutrec

THE FASTNET 2023 NOTICE OF RACE was published on Wednesday, registration will open next Wednesday at midday UTC and requires pre-registration on the new SailRaceHQ module. Rorc’s new racing director is Steve Cole

THE WASZP FRANCE CLASS has unveiled its 2023 calendar, the culmination of which will be the Waszp European Games from July 17 to 23 at the ENVSN in Quiberon.

ARCHWEY has become an official waste circularity partner of the Franco-German team Guyot Environnement-Team Germany on The Ocean Race.

CDK TECHNOLOGIES announced that it has completed the acquisition of the La Rochelle yard C3 Technologies.

THE 2023 IRC EUROPEAN CHAMPIONSHIP will take place in Cannes from May 29th to June 4th.

WORLD SAILING is committed, alongside other federations and institutions, as a founding member of Sports for Nature, an initiative launched by the International Union for Conservation of Nature (IUCN).

EL GRUPO PEREZ Y CIA., a Spanish group specializing in the maritime and logistics sector, has committed itself as an official partner of the Spanish SailGP team until 2025.

GILLES BUEKENHOUT, who capsized on the approach to Guadeloupe when he was leading the Route du Rhum in the Rhum Multi category, launched a public funding appeal to finance the repair of his trimaran Jess, which was badly damaged during the capsize then towing to Pointe-à-Pitre.
Photo: Alexis Courcoux #RDR22
In partnership with