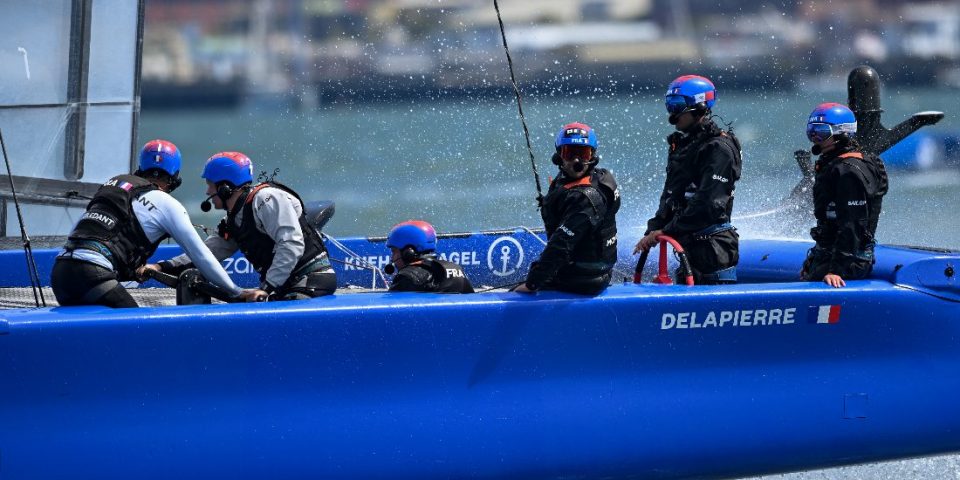 On the Market: The French SailGP Team unveiled

ANTHONY MARCHAND has been made the official replacement skipper for Yves Le Blevec on the trimaran Actual Ultim; as such, he will take part in the various crewed races of the season and will help the skipper to prepare for the Route du Rhum.

JACK BOUTTELL will be in charge of the VO65 Racing for the Planet for the Mirpuri Foundation Sailing Trophy 2022 which will take place from July 1 to 10 in Portugal. He will be supported by Benjamin Schwartz and Stu Bannatyne.

ALEX THOMSON RACING is looking for a skipper/boat-captain, bilingual English, for an Imoca; position based mainly in Gosport (Great Britain), applications to be sent before May 10th.

AVEL ROBOTICS is looking for a design office technician; position based in Lorient.

TIP & SHAFT continues to develop and is looking for 6-month internships, to be filled quickly, based in Lorient La Base:
• an intern in communication, editorial and social media
• an intern to support our ESG (environmental and social governance) strategy

ADRIEN RIVEAU, currently head of the water sports department at Decathlon (strategic and operational management) and referent for the Tribord brand in the Brittany region, is looking for new opportunities in the boating industry.

TEAM MALIZIA announced sailors for The Ocean Race: the skipper Boris Herrmann will be joined by Brit Will Harris, Dutch Rosalin Kuiper and French Antoine Auriol, on board reporter.

ROUTE DU RHUM: OC Sport Pen Duick, the organizer of the single-handed transatlantic race, has unveiled the list of 18 invitations to complete the 120 registrants already announced in early April: 10 have been awarded to the Imoca class (37 registrants in total), 4 in the Rhum Multi class (for Philippe Poupon, Roland Jourdain, Marc Guillemot and Loïc Escoffier), 2 in the Rhum Mono class and 2 in the Ultim class for Arthur Le Vaillant (on the former Actual Leader) and Romain Pilliard.

THE 2022 GC32 RACING TOUR is now complete: Villasimius and Mar Menor will host the last two of the five stages of the season.

ZHIK has signed a partnership with the New Zealand women’s team Live Ocean Racing, led by Liv Mackay and launched by the duo Peter Burling/Blair Tuke, for the ETF26 Series season.

GAASTRA has signed up as the ORC‘s official clothing partner for the 2022 season.

THE START OF THE CIC NORMANDY CHANNEL RACE will be broadcast live on France 3 Normandie on May 15 at 1:30 p.m., commented by journalist Laurent Marvylle and Louis Duc.

THE ROUTE DU RHUM-DESTINATION GUADELOUPE launched the new version of its website this week.

VIRTUAL REGATTA has announced the launch of the Imoca Virtual Series by Corum l’Épargne, a series of virtual races which will give rise to a championship.