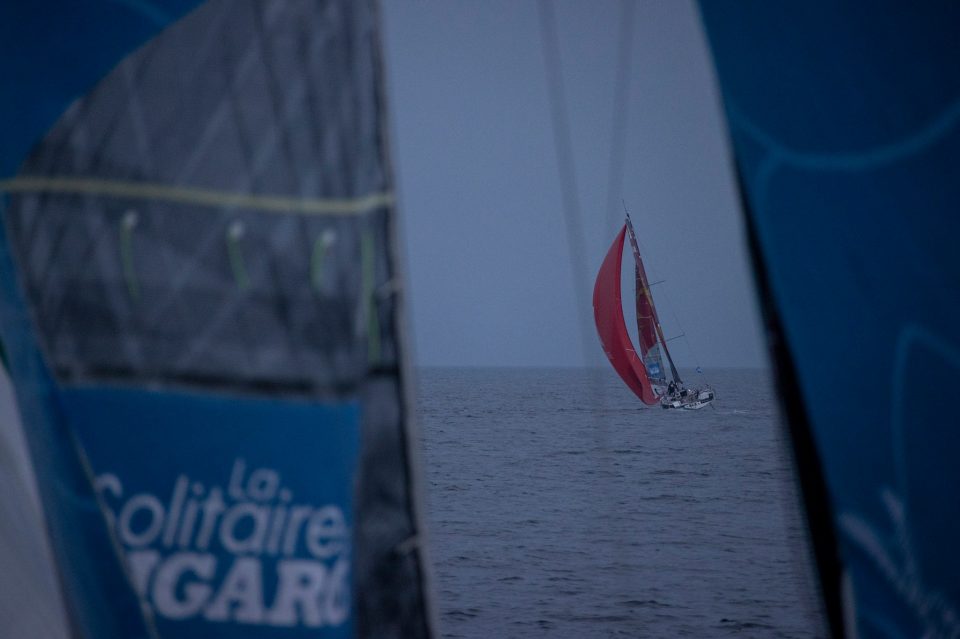 On the Market: The notice of race of the Solitaire du Figaro published

THIBAUT VAUCHEL-CAMUS unveiled the line up of the Solidaires en Peloton-Arsep crew on the Pro Sailing Tour: as Tip & Shaft announced last week, Vincent Riou will be on board (replaced in Corsica by Julien Pulvé), ike Hugo Dhallenne, Antoine Joubert and Aloïs Kerduel.

SAM GOODCHILD will have on board Leyton: his team manager Aymeric Chappellier, sisters Elodie-Jane and Laurane Mettraux, Pierre Pennec and Devan Le Bihan.

NICOLAS JOSSIER will be Antoine Carpentier’s co-skipper aboard Redman in the CIC Normandy Channel Race.

SAIL ON SEA is recruiting an experienced boat captain for Damlen Seguin’s Imoca Groupe Apicil; a position to be filled now, based in Lorient.

BEYOU RACING is looking for composite technicians to work on the finish of the construction of Charal 2; position up to 3 months depending on availability, based in Lorient.

THE MINI CLASS is looking for a service provider to support it in assessing the compliance of new production boats and their approval: reading plans, site visit, compliance monitoring, knowledge of the jauge. Experienced profile appreciated, if possible available quickly for a first mission.

PAUL MEILHAT formalized his partnership with Biotherm on Tuesday with a new Imoca on the boil. The new 60-footer, built by Persico Marine from the LinkedOut molds (Verdier plan), will be launched in early August.

GUYOT ENVIRONNEMENT, sponsor for the past few years of Pierre Leboucher in the Figaro, has signed up for the next Vendée Globe as the title partner of Benjamin Dutreux.

LODI GROUP has signed up as the title partner of Loïc Escoffier, brother of Kevin, to accompany him in the Rhum Multi class on the Route du Rhum; the Saint Malo sailor will line up aboard an ORC 50 built by Marsaudon Composites launched last Monday.

THE 40′ MALOUINE LAMOTTE, initially scheduled for odd-numbered years, will take place this year from September 15 to 18 with an event in two parts: the 40′ Malouine Lamotte itself, 24 hours solos (and a media man on board), and the Lodi Group Trophy, a crewed coastal course in the bay of Mont Saint-Michel.

MUTUELLE BLEUE has renewed its partnership with Corentin Horeau on the Figaro Beneteau circuit for the 2022 season.

SOLITAIRE DU FIGARO: the notice of race for the 2022 edition was published this Friday, opening registrations. Note the increase in race bonuses (by 40%), which will reward the first 15 (and no longer the 10), and the addition of an “intermediate sprint” on each stage which will give rise to time bonuses.

THE FRENCH SAILGP TEAM unveiled at the San Francisco Grand Prix its new electric foiling chase boat, the Candela C-7, aboard which guests and media were able to follow the races.

TUDOR, a Swiss watch brand, has become Alinghi Red Bull Racing‘s main partner for the 37th America’s Cup. The Swiss challenge has also announced the acquisition of the first New Zealand AC75, Te Aihe, which it will be able to train on for a period of 20 days from July.

THE 2022 IRC EUROPEAN CHAMPIONSHIP will take place from August 24th to 28th in Breskens (Netherlands), registrations are open.

OCEAN GLOBE RACE: the organizers of the first edition (departure in September 2023) have announced the cancellation of the Classic Challenge class, due to a lack of enough entrants. In addition, Tracy Edwards will ultimately not participate in the race, unlike the crew of Neptune the 60 footer aboard which Bernard Rubinstein, Daniel Gilles and Bernard Deguy competed in the Whitbread in 1977-1978.

THE EUROPEAN ILCA CLASS has launched a crowdfunding operation to help the 18 members of the Ukrainian ILCA team and their coaches.

EMIRATES TEAM NEW ZEALAND launched the prototype of its hydrogen chase boat on Thursday, capable of reaching a cruising speed of 35 knots and going up to 50, thus following the AC75s in regattas.

IMOCA: after the sale of the former V and B-Mayenne and the former Campagne de France that Nicolas Rouger is finishing to buy, two other 60-footers have changed hands: English based Swsiss skipper Ollie Heer, who was part of Alex Thomson’s team, has bought Romain Attanasio’s former Pure from Beat Fankhauser, with the Route du Rhum and the Vendée Globe in his sights, while Britain’s James Harayda, bought Time for Oceans from Stéphane Le Diraison, renamed Gentoo, he will also race the Route du Rhum.