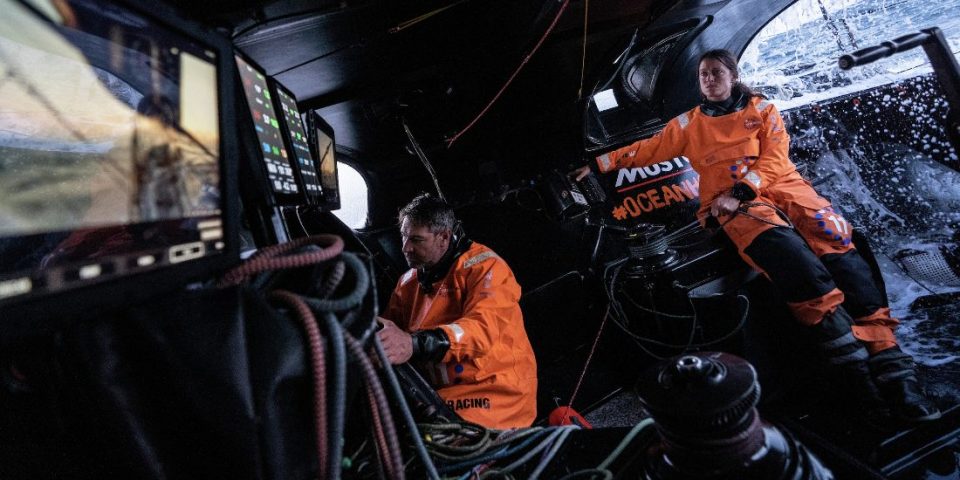 On the Market: The Ocean Race will welcome as many women as men during the 2030 edition

DELTA VOILES is looking for a production manager, knowledge of the profession and the world of sailmaking desired; CDI position, to be filled quickly, based in Mauguio (South of France).
ABSOLUTE DREAMER, Jean-Pierre Dick’s offshore racing team, is looking for an experienced and versatile preparateur for the period June 15-September 15 as part of the preparation of the JP54 for the Route du Rhum. Mission based in Lorient.IMM GUADELOUPE (International Marine Management) is actively recruiting for its site based in Pointe-à-Pitre:
GUNBOAT is recruiting on permanent contracts in La Grande Motte, for positions to be filled immediately:
VIRTUAL REGATTA is recruiting for its headquarters in Issy-les-Moulineaux:

LALOU MULTI is recruiting two laminators, 6-month fixed-term contract that can lead to a permanent contract, based in Verdon-sur-Mer (33).

WORLD SAILING is looking for a digital communication lead; applications to be sent before June 13 the position is based in London.

THE TEAM CAP AGIR ENSEMBLE by Sébastien Marsset are looking for a work-study student for communication missions; position based in Port-La-Forêt, from September 2022.

CHARLÈNE SALMON, who has 8 years of experience in communication, offers her services in digital communication to support offshore racing projects.

CAP MARTINIQUE: the second édition of the IRC Transat will start on April 14 2024 from La Trinité-sur-Mer to Fort-de-France.

THE OCEAN RACE announced this week its intention to welcome as many women as men during the 2030 edition of the race around the world.

BAHRAIN will host the Final Series of the SSL Gold Cup from October 28 to November 20, 2022, a new team event whose qualifications have just started on Lake Neuchâtel.

BSB MARINE, the company that developed the Ofni Oscar detection software, has opened an American office in Miami, headed by Hernando Girlado.

EDGARD VINCENS, a newcomer with his sponsor Groupe Berkem in Class40 and who will have a new boat built at Lalou Multi in January 2023, has rented the just launched Etienne Bertrand design boat of Laurent Caprubi for four races (Porquerolles Race, Giraglia, Duo Max,  Sevenstar Round Britain and Ireland Race).

TRANSPAC: the notice of race for the Transpac 2023 (starts from June 27 to July 1) was published this week.

THE ARCH, an event intended to select 100 European solutions for the planet – which will be collected aboard the trimaran Idec Sport led by Francis Joyon during a tour of Europe in April-May 2023 -, was officially launched on May 19 in Paris by organizer Damien Grimont. The Beneteau group announced on the occasion that it was going to “eco-design, produce and sail” (as part of The Arch) Mini 6.50s, in partnership with MerConcept.

FOR RENT furnished house in Fort Bloqué, 15 minutes from Lorient La Base: 2 bedrooms, 5 maximum places, on one level with a flat garden of 500 m2, ideal for members or guests of a team. Free between September and June.