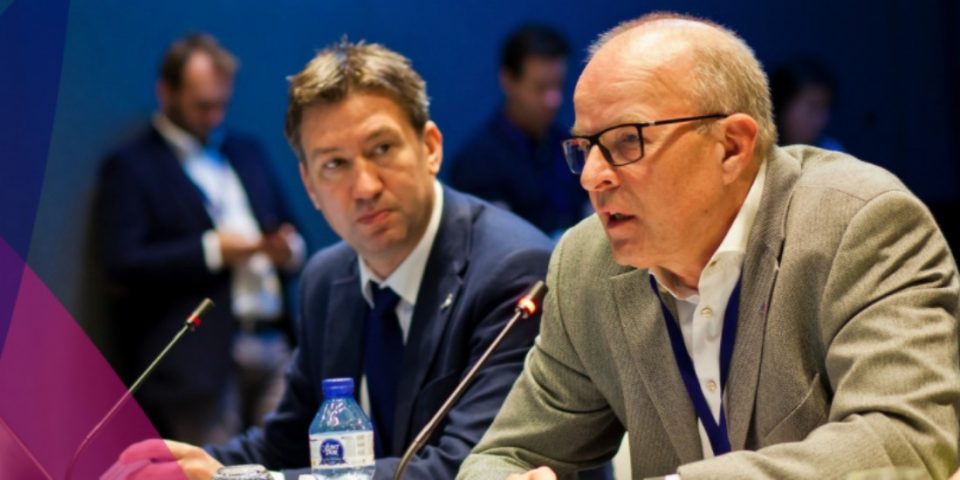 On the Market: Who will be elected as president of World Sailing?

FIONA MORGAN has been appointed director of purpose and impact of SailGP, to be responsible for implementing the Race for the Future project, intended to make the F50 circuit cleaner and more inclusive.

KIM ANDERSEN, outgoing president, and Chinese LI QUANHAI, move to compete in the second round of the election for the presidency of World Sailing, the votes are closed since Friday, the result will be announced on November 1st.

TOM SLINGSBY, skipper of the Australian SailGP team, has been elected Australian sailor Australian of the Year for the fourth time, the Nacra 17 specialist LISA DARMANIN the female distinction for the third time.

MARTIN EVANS has been appointed global manager of the WASZP class.

THE MINI CLASS is looking for a self-employed person to work on the development of an interactive tool to manage the boat rules and regs; an engineer or technician with a good knowledge of offshore racing boats and rules. Duration of the contract: 10 days, renewable.

VIRTUAL REGATTA is looking for a live game manager for its inshore game and for UNITY3D programmers; permanent positions, based in Issy-les-Moulineaux, with teleworking possible.

VPLP is looking for a naval architect for its shipping division, 3-5 years experience, a permanent position based in Nantes.

11TH HOUR RACING is looking for a data analyst/software engineer to work with the sustainability team, part-time position expected to begin in Autumn 2020 and end in Spring 2021.

LOUISE DUVAL, a master’s student specializing in ship design at ENSTA Bretagne and a mechanical engineer, is looking for a 6-month internship from the beginning of April 2021 in marine engineering / architecture.

OLIVIER JEHL, who is completing the self-build of a Mini 6.50, is looking for a job as a preparateur in a team.

VIRTUAL REGATTA has opened registrations for the virtual 2020 Vendée Globe.THE INTERNATIONAL MAXI ASSOCIATION unveiled its Mediterranean calendar 2020/2021, with five events on the program, the first, the Middle Sea Race, having been run this week.

THOMAS TISON, naval architect, has just launched his Mini 6.50 with foils and square bow, built by the German yard Knierim.

THE IMOCA 11TH HOUR RACING should leave Newport in the United States to come back to its French base in Concarneau. On the return transatlantic leg will be Justine Mettraux. The American team which is expecting their new boat in June 2021, intends to participate in next year’s Imoca program, notably including the Fastnet Race, the Défi Azimut and the Transat Jacques Vabre.

IMOCA: Arkéa Paprec’s second new foil was installed on Wednesday on Sébastien Simon’s 60-footer who is doing one last sail before being confined for two weeks.

SAILING ARABIA THE TOUR will take place in 2021 from January 24 to February 6, eight Diam 24 crews are already registered.

THE MIRABAUD SAILING VIDEO AWARD 2020 will be awarded on November 23, 40 videos have been received, the public has until November 12 to vote for their favourite.

NOVELTIS will launch on November 9 enovOcean, a new e-platform for marine weather forecasts.

SAILGP is launching a selection for women as part of its Race for the Future plan so that each sailing team on the SailGP’s 2021 season includes at least one woman.