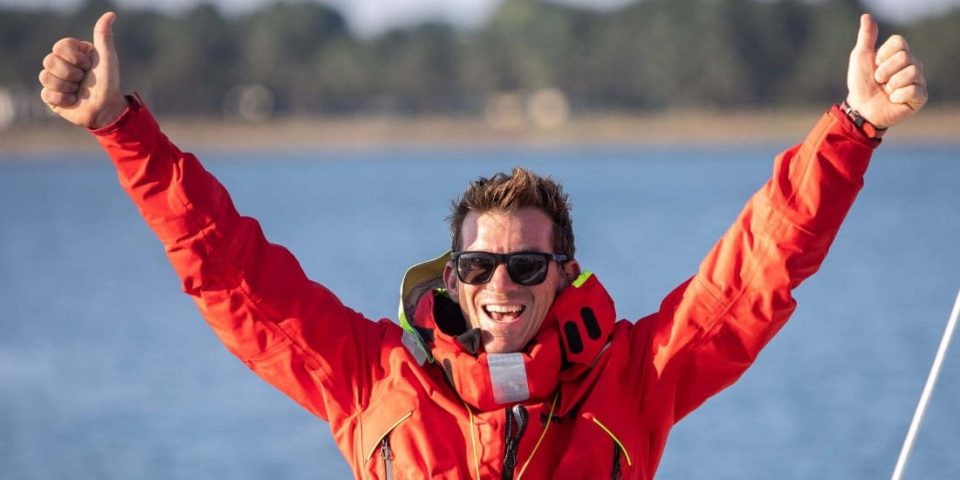 On the Market: Xavier Macaire in Class40

CÉCILE ANDRIEU, who took part in the last Mini Transat, has joined the SVR-Lazartigue team in early January as team manager.

LAURE GALLEY and FEDERICO SAMPEI have been selected to join the DMG Mori Sailing Academy as trainee skippers, they will be accompanied by Alexandre Demange and Hajime Kokumai, trainee co-skippers. The objective is the Mini Transat 2023 on two new prototypes designed by David Raison.

MERCONCEPT is looking for an electrics/electronics manager for an Imoca program; position to be filled from March 2022.

VPLP DESIGN are  looking for a CFD engineer; position based in Vannes or Nantes.

SAILGP is recruiting a media & photo operations coordinator; a telecommuting position with travel to some events and occasional presence in London.

AMAURY GRISARD, a hydrodynamic engineer and junior naval architect, is looking for a position as a naval architect in the field of sailing or offshore racing.

XAVIER MACAIRE and his partner Groupe Snef have decided to compete in the Class40 circuit, with a new boat, Pogo S4 (Guillaume Verdier) to be launched in March 2022.

AMERICAN MAGIC has been officially accepted by defender Team New Zealand as a challenger for the 37th America’s Cup, with the New York Yacht Club-backed syndicate joining Ineos Brittania, Alinghi and Luna Rossa.

THE ATLANTIC RACE, a Class40 double-handed race on the USA east coast, returns in 2022 with two stages, Charleston-Newport (705 miles) and Newport-Portland (240 miles), and two coastal courses to finish. The second stage will also be open to 30 to 45 foot PHRF rated boats.

THE M32 CLASS has unveiled its 2022 calendar in the United States and Europe, the two fleets will meet from October 3 to 9 in Cascais for the World Championship.

THE MCCONAGHY BOATS YARD has unveiled the first images of the construction of the AC40, a one-design monohull directly inspired by the AC75s, which will initially be used as a training and racing support for the challenges involved in the 37th America’s Cup, before serving in the Women’s and Youth America’s Cup. The first boat will be delivered to Team New Zealand in July.

THE GRAND PAVOIS 2022 will take place from September 27 to October 2 in La Rochelle.

MUDABALA INVESTMENT COMPANY will be the title partner for the SailGP Season 2 Finals on March 26-27 in San Francisco.

THE MAXI YACHT ROLEX CUP 2022 will take place from from 4 to 10 September in Porto Cervo. Entries are open until July 30.

CLIPPER VENTURES announced the launch of the new Knox-Johnson Cup around Isle of Wight (16-18 September).