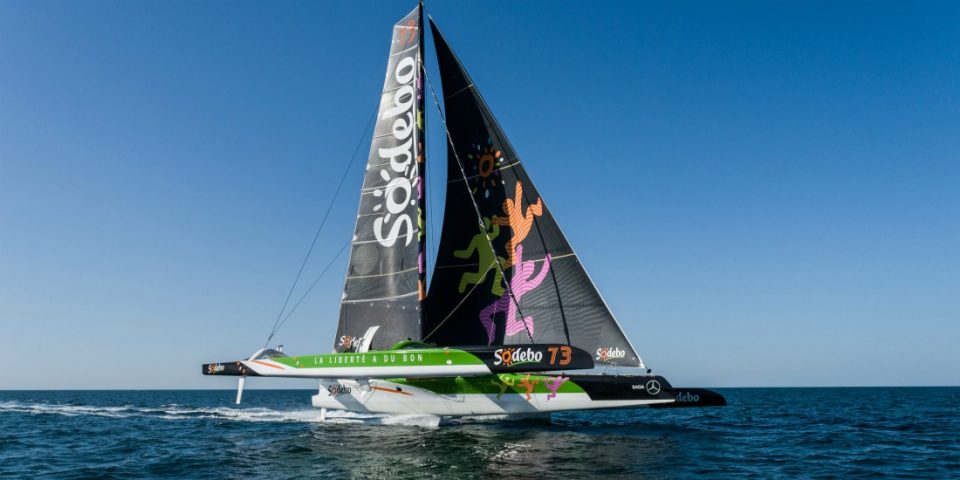 JOHAN STRID has been appointed Director of the Ocean Race Summits, a series of events dedicated to protecting the oceans organised by The Ocean Race, the next edition of which will take place virtually from Newport on 16th September.

ATELIER INTERFACE is looking for a composite technician to work on the construction of Mini 6.50 and IRC prototypes. The ability to use infusion and vacuum techniques is essential. Fixed term contract or six months service contract based in La Rochelle starting from early November.

TIP & SHAFT is looking for a super stagiaire from the start of September for six months. On the agenda would of course be web production, social networks, graphic design, video and events. You will already have a taste for the entrepreneurial life and for working in a small team whilst engaged in commando style operations. If you are that person, a magical mix of geek and mad about offshore racing with a Bac +3 minimum, the job is for you. Being able to stack while reaching in English will of course make all the difference.

BEFOIL is offering a training course or work experience in communications and marketing for five or six months from September with the work based in Lorient.

IMOCA held its general assembly this week: the calendar for 2021-2025 has been adopted with in particular The Ocean Race Europe crewed race in 2021, a second edition of the Vendée-Arctique-Les Sables d’Olonne race programmed for 2022 and inclusion of the Défi Azimut in the championship; On the rules side foils on the rudders remain prohibited, the size of the foils will be limited. And Jérémie Beyou and Kevin Escoffier join the new board of directors.

OMIA have committed as Benjamin Dutreux’s title partner on the Vendée Globe.

THE REGION OF NORMANDY and the MANCHE DEPARTMENT have joined Miranda Merron’s Campagne de France project for the Vendée Globe.

The organisers have confirmed that the 70th BERMUDA GOLD CUP, initially planned for March will take place from 26th to 30th October in Hamilton (Bermuda).

LUNA ROSSA CHALLENGE has announced that their team will be setting off in September for Auckland: the first AC75 will be transported by cargo ship, while the second, about to come out of the Persico Marine yard will be transported there by plane in early October. AMERICAN MAGIC, the second AC75 of the NYYC team named Patriot arrived at the base in Auckland this Friday after air transport from the USA.

The 2021 YOUTH AMERICA’S CUP, which was going to bring together 19 teams from 13 countries, will not take place because of strict immigration rules put in place by the government of New Zealand.

REDMAN, the new Class40 (Mach 40.4, on Manuard plans) from Antoine Carpentier, was launched on Wednesday. The skipper will participate in the Normandy Channel Race with Nicolas Groleau, the boss of the JPS yard who built the boat.

MERCONCEPT is letting out offices in its new building in Concarneau (open space and 30 to 75m2 offices), with the possibility of access to shared areas (meeting and sports rooms, technical facilities).09