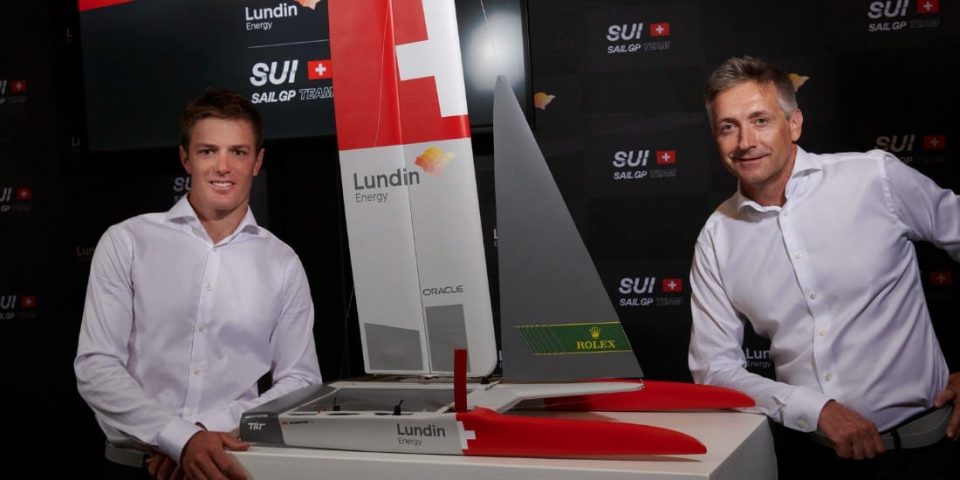 On The Market: Switzerland in SailGP

JEAN-MARIE DAURIS will replace Roland Jourdain who was forced to stand down due to a herniated disc, as co-skipper of Yannick Bestaven aboard Maître CoQ on the next Transat Jacques Vabre.

HANNAH MILLS, double 470 Olympic champion, PIP HARE, 19th in the last Vendée Globe, and the BRITISH OLYMPIC SAILING TEAM are the three nominees for the British Sailors of the Year trophy to be awarded on September 10 by the Yachting Journalists Association .

SIR ROBIN KNOX-JOHNSTON will be the patron of the next edition of the Golden Globe Race which will start on September 4, 2022.

GRANT SIMMER, four-time America’s Cup winner, has been appointed as director of the board of directors of the Australian Sailing Federation for two years.

MULTIPLAST is recruiting in Vannes:

MERCONCEPT are looking for, to work at their headquarters in Concarneau:

PIXEL SUR MER are recruiting a marine electronics technician, a permanent position based in Lorient, to be filled immediately.

GRAND LARGE EMOTION is looking for a new boat captain to maintain the Ultim’Emotion 2 trimaran (formerly Prince de Bretagne), and sail on board, a high confirmed level of English is required; the position is based in Sète, to be filled from October, with the possibility of training from September 8.

SAILGP will welcome a ninth team in 2022, and it will be a Swiss one, emanating from Team Tilt, which, led by Sébastien Schneiter and with a Frenchman in its midst, Tanguy Cariou, has distinguished itself in recent years on the D35 and GC32 circuits.Lundin Energy has signed on as a partner of the team for three years, from 2022 to 2024.

MACSF and ISABELLE JOSCHKE have renewed their partnership until 2025, ie a new Vendée Globe campaign. The Franco-German sailor will continue to sail on the same foiling Imoca (2007 VPLP-Verdier plan), and Alain Gautier remains the team manager of the project.

LA BANQUE POPULAIRE GRAND OUEST has become the new title partner of Spi Ouest-France, whose 2021 edition will take place from October 7 to 10.

THE TROFEO PRINCESA SOFIA 2021, scheduled from October 2 to 9 in Mallorca, has been cancelled, the 2022 edition will take place from April 2 to 9.

GOLDEN GLOBE RACE: the organizers of the Golden Globe Race held a press conference on Thursday to present the 2nd edition which will start on September 4, 2022, 26 skippers of 11 nationalities have registered to date.

MARINE TECHNOLOGY announced this week the launch of a new series Mini in a scow shape called the TM650 and designed by Sébastien Magnen, double winner of the Mini Transat, and Benoît Cabaret. Production will start in the Autumn for a first launch in early 2022.

JACQUES  ROGGE, the Belgian former Finn sailor (he took part in the Olympic Games three times) and president of the International Olympic Committee from 2001 to 2013, died on August 29 at the age of 79.