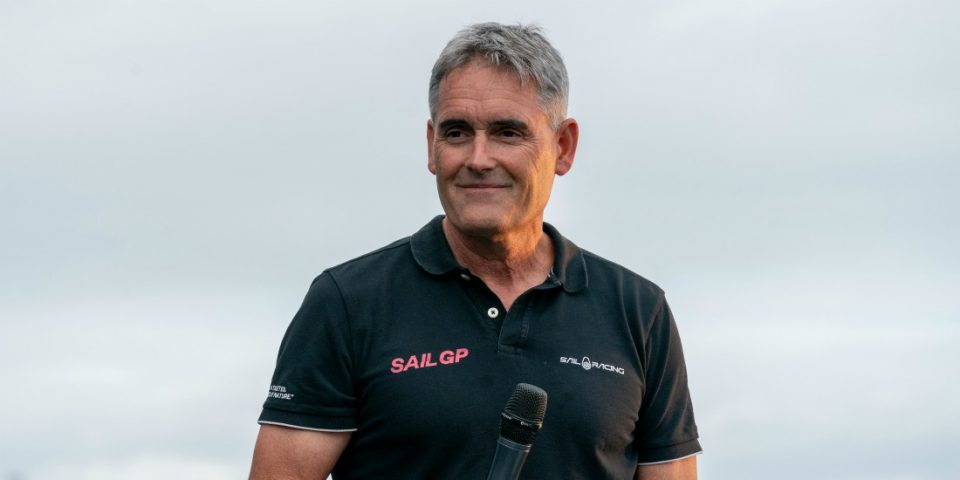 All eyes will be on Sydney at the end of next week where Season 2 of SailGP kicks off with seven teams, two new. Tip & Shaft caught up with Russell Coutts, soon aged 58, CEO of Sail GP and five times winner of the America’s Cup.

Russell, two new teams coming into the mix for Season 2, and do you think the performance gaps we saw last season will be compressed?
The two new teams, Denmark and Spain we really are excited about. The Spanish are going through a bit of a purple patch with their Olympic sailing right now and they probably have a chance of medalling in the 49er class and so their team is mainly their Olympic sailors who are already proving to be pretty useful in practice. The Danes are also going well. They are both definitely going to boost the competition. I think the Australians are looking really strong in practice but I think the other teams are closing the gap. Getting access to all of the data (after last season) is the key. The teams got access to all of the data, so for example they can see how other teams trim their wing sails and how much movement other teams are using in their foils, what rudder differentials they have got.

You have Sir Ben’s INEOS team coming in, can they be challengers off the boat?
They are going to be strong. They have selected a team of sailors that are obviously really experienced in these boats. Whether they beat the Australians in these early events remains to be seen. Having Iain Jensen on the wing and Luke Parkinson on flight control is a massive benefit for them. The British have had a lot of time in the simulator and they should have enough time to get sailing these boats well. In the case of Ben he has a sailing team of course which raced right through last season including his grinders and they will be a strong team.

INEOS are self funding?
Yes, they have their sponsors on their boat already. So there are two teams from the seven (Brits and Danes) which are now self funded which is a good step forwards.

Originally we understood the teams had to be self funding within five years, now that period of support is reported to have been foreshortened. When do the other teams have to be self funding?
Well in actual fact we have not changed our business model. We still have funding but clearly there is an expectation and desire that there is progress made commercially and so we review this position yearly. And if enough progress has not been made then there are other teams that want to come on. We are likely to have announcements on that in the near future. An option is to continue or to replace one of the exiting teams with a new team. The teams have to be commercially sustainable.

And what does it cost for a team to do the season?
$7m a year and that includes the contribution to the shared services, the leasing of the boat, any upgrades, maintenance. So we pool all of the resources so they don’t each have to carry spare parts and so on, so we remove that cost implication. We have to create cost efficiencies and create revenues. They have to be profitable and that is the only way this will be sustainable in the long term.

Is there a value for the media return for a team last year?
The media returns for all of the teams were multiples of at least three, but obviously depending on the types of exposure and even the position they had on the boat. We expect to deliver a multiple of at least three times what we are pricing each partnership package for. You look at Rolex for example and their multiple is far in excess of three times.

What does the Endeavor equity investment mean in terms of growing your audience?
I think this is a game changer not only for SailGP but probably for the sport of sailing. I don’t know of any other similar investment that has gone into the sport where a company has come in with a long term view to building the property. They attended Cowes and Marseille last year. They looked at our business plan and went through all of our financials and determined that they wanted to enter as an equity holder. The money is nice to have but their expertise and reach is quite incredible. Since we started working with their team we have already seen a massive uplift. With the Endeavor organisation and their subsidiaries like IMG we can and we do get those resources to impact these markets, both in a media sense and in partnerships. And let us be clear I don’t think a company like Endeavor would have invested in our sport 15 years ago, before this whole foiling generation came into play. Action packed racing and a short format has been a game changer for sailing, making it commercially viable and watchable to a much broader audience. The old format sport was pretty dull to watch in the media sense. In many events the audience would switch off after 20 minutes. This new product sees the audience grow during the broadcast. It is attracting the likes of Endeavor to come in and say ‘hey this is now a marketable, sellable sports product we can commercialise and make it into a good business’. Having such a major player in the global sports landscape come in gives us huge credibility as a sport.

So what of the the updates to the boats and rigs and the future possibilities, you need to keep evolving the performance?
The new rig has come on stream. For the first events Denmark and Spain will be using the new wing. The new wing is slightly better aerodynamically but the initial wings were so well designed so there are not huge improvements there, but there are big improvements with the control systems and also the new wings have got four flaps rather than three. And they are controllable at each point on these flaps. The boats will power up and depower more efficiently and so they will be more efficient in the manoeuvres tacking and gybing, and plus it is a modular system and so we can scale it up or down depending on the wind strength. We will not have the big wing (generally) available until next season but we will have the small wing in operation for this year if we get very strong winds. We think this year, depending on sea conditions, we will be able to race up to close to 30kts of wind and then when the big wing comes on stream the boats will be foiling in about 1.5kts less wind than they currently do. And we have been trialling the boats with three crew rather than five in the light winds and that makes about a knot difference to the foiling wind speed.

What would the that lower foiling wind speed be?
Phil Robertson and the Spanish team were foiling laps of the course in five knots of wind. We have found a lighter, better battery solution this year. The boats will be quite a lot faster with the new wings. I would expect they will do 53-54kts which will be challenging. The foils will be cavitating, they start cavitating on the high speed foils at around 48kts of boatspeed. In future the next steps would be new foils. Mike Drummond leads the design team. We have been using the Artemis simulator but the design team have developed their own simulator. That will be a more advanced aerodynamic model, which is obviously a key development particularly with the new wing sails. We will look at different foil geometries and being able to change to a more high speed section shape while sailing is an idea that has been on the cards for a while.

What is SailGPs philosophy in terms of seeking box office sailing stars or up and coming Olympic sailors and is that balance going to change?
I was looking at the medal charts of Olympic sailing the other day and we have six of the top seven Olympic nations now represented in SailGP. We want to add competitive teams. We are going to look at solutions to get some of the top female sailors in the world. We are going to make an announcement on that soon.

This is the 200th edition of Tip & Shaft (French version) what is your perspective on the French scene, sailors, designers, engineers?
I think the French have always had the capability to win at the top level. You look at the talent in France in particular with their programmes in Olympic sailing. They have skills across the board. Many of the French designers are the very best in the world. I think the encouraging thing about the French SailGP team is that they really getting the mix right.

And Bruno Dubois is a good addition to run the team?
It is probably no secret that at first there was some resistance from Billy but I think since Bruno has come on board he has really seen the value of that and they are working together really, really well. It is allowing Billy to focus on what he needs to focus on, that is making the boat go really fast, and making sure they improve their performance. They were sailing well at the end of last season and will progress really fast this season.

And Loïck Peyron is featured in this edition, your thoughts on Loick?
He is a legend isn’t he? He could contribute to any programme, sailing small boats, big boats. He is very technically skilled and a nice guy with it too. He is highly respected throughout the whole sport.

Loïck was asking why you are not seen out on the race course these days?
I’m fully focused on SailGP in trying to make the teams and events commercially sustainable, as well as focusing on youth development. I currently don’t have the time to devote to my own sailing activities, and really stopped competitive racing six years ago.