The Imoca are 60-foot Open monohull yachts mainly intended to race in the Vendée Globe. Find here the latest news and investigations from Tip & Shaft on the subject. 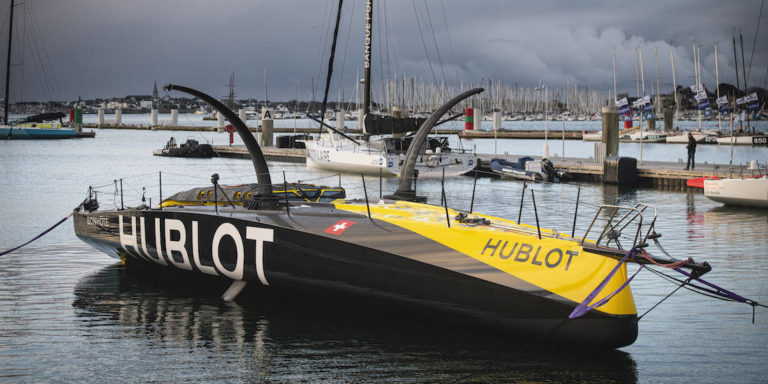 Vendée Globe: the race to find partners is in full swing

With Hublot (Alan Roura), Biotherm (Paul Meilhat), Guyot Environnement (Benjamin Dutreux), Freelance.com (Guirec Soudée) over the past two weeks several sponsors have revealed their colours attached to various Imocas, all with the next Vendée Globe in their sights. Meantime for other skippers, the quest continues.

The retirement last summer of long time supremo Christian Le Pape marked something of a turning point in the history of the Pôle Finistère at Port-la-Forêt, the famous race training centre that he founded in the early 1990s. For Jeanne Grégoire, the new director, and Erwan Tabarly, coach, they are really now having to step up the offering in the face of constantly increasing and improving race centres which are in competition with Pôle Finistère. 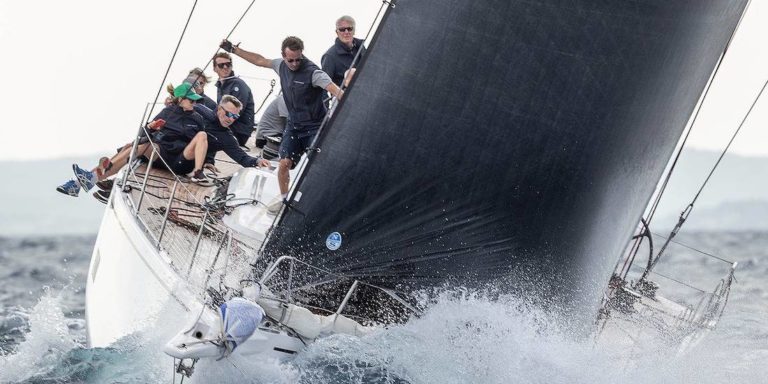 After competing in his first crewed Transatlantic Race in January aboard the Mylius 60 Lady First 3, Christopher Pratt is about to embark on the Rorc Caribbean 600, a race through the West Indies which starts on Monday with the same crew. It is a great opportunity to catch up with the bi-lingual skipper from Marseille who has English family….. 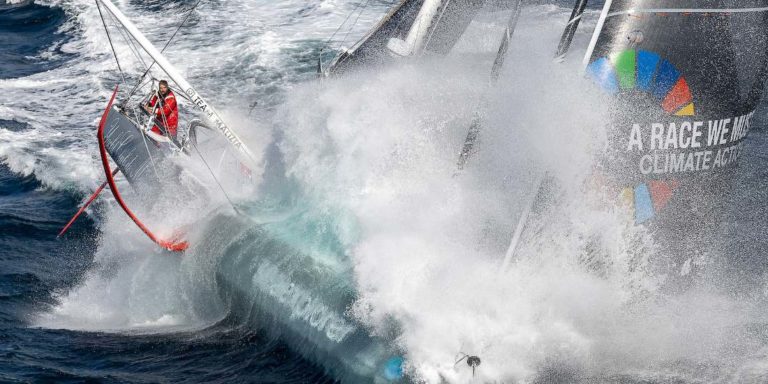 Boris Herrmann: “I want to get in the right frame of mind to be able to win”

Fifth in the 2020 Vendée Globe, Boris Herrmann very quickly started a new campaign with more means and a new boat designed by VPLP and built by Multiplast. Tip & Shaft talked to the German about this project and about the environmental concerns that are dear to him. 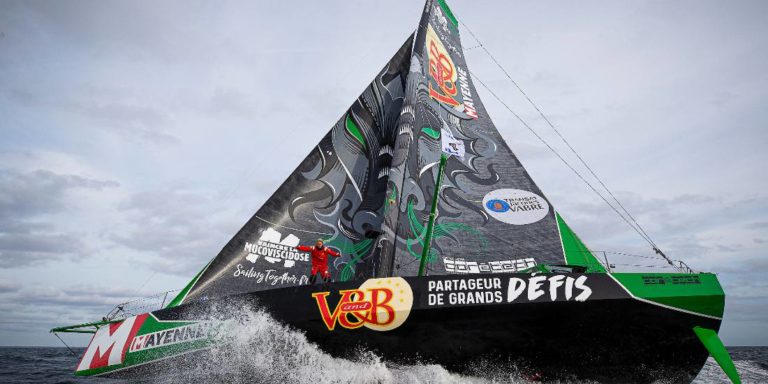 At a little less than three years before the start of the Vendée Globe 2024, the number of boats available for sale or charter reduces from week to week. Tip & Shaft took time to investigate what good Imocas are still available. 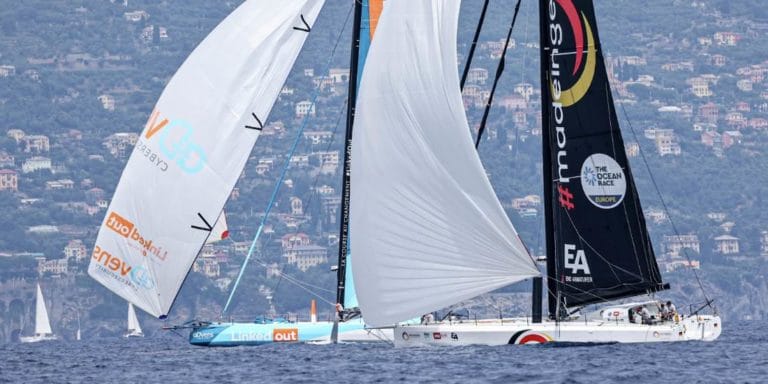 Will the new course of The Ocean Race attract more teams?

On November 4th the organizers of The Ocean Race announced that the start of the next edition would be postponed by around two months and that the new course would be altered to remove planned stops in China and New Zealand. What is the purpose of these changes? Will they attract more Imoca teams? Tip & Shaft investigates.

Who will win the Transat Jacques Vabre in the Imoca and Ocean Fifty ?

Seventy nine duos, that is a record entry for the Transat Jacques Vabre Normandie Le Havre which starts next Sunday, November 7.  And as before every big race, Tip & Shaft has mustered a posse of experts to assess the fleets and predict who will be successful.

The SAEM Vendée who are the organizers of the Vendée Globe, unveiled the notice of race for the 2024 edition last Thursday. It increases to 40 the number of entrants. Tip & Shaft gives you an overview and takes stock of the boats which might line up on the 10th edition’s start line.

Jérémie Beyou: “We have a bit of a spirit of revenge”

Interview with Jérémie Beyou, the skipper of IMOCA Charal, who he is making ready to start the Transat Jacques Vabre with Christopher Pratt on November 7. 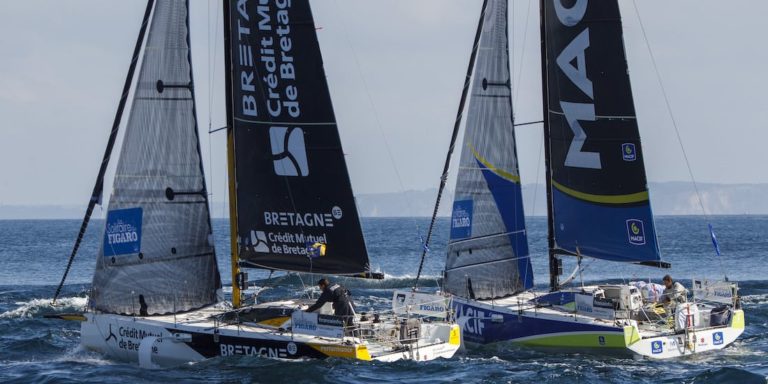 The 52nd Solitaire du Figaro finished on Thursday evening with overall victory going to Pierre Quiroga, 9th on the final stage won by Pierre Leboucher. Xavier Macaire and Tom Laperche rounded off the podium in second and third and Gaston Morvan, 7th overall, finished first rookie. Weather routing specialists Dominic Vittet, who worked in particular with Pierre Quiroga, and Christian Dumard, who worked with Xavier Macaire among others, debrief the showdown match that was the final stage and take stock of this 2021 edition. 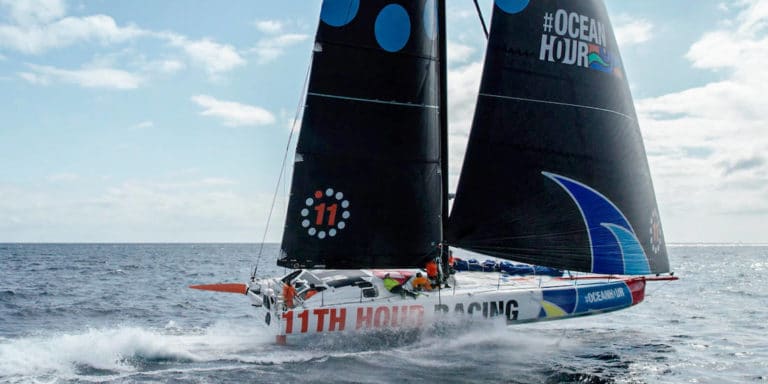 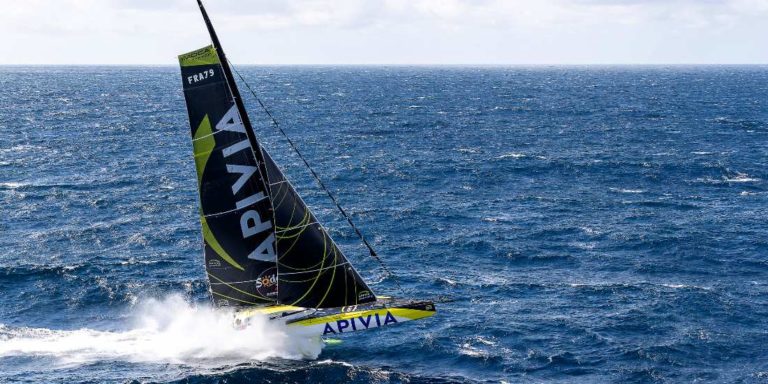 Jean-Luc Nélias: “I am breaking out of my comfort zone”

After seven years at Sodebo at the start of May the career of internationally renowned Jean-Luc Nélias, 59, changed when he was appointed the team manager of Charlie Dalin’s Apivia Imoca project. Here he explains the reasons for this change of direction to Tip & Shaft and tells us about his first couple of months in his new role.