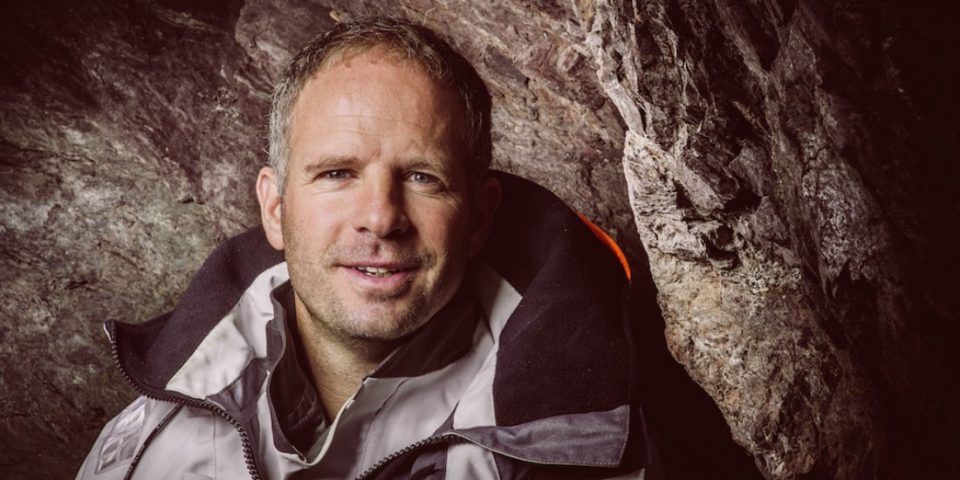 Conrad Humphreys: “The Transat was central to the celebrations for the 400th anniversary of the Mayflower”

Former IMOCA, Class 40, Figaro and Extreme 40 racer Conrad Humphreys is the biggest fan of the home city he has flown the flag for proudly on all his races and adventures. He was as surprised as anyone in the South West of England and among the UK sailing community to learn that The Transat will move from its traditional start city of Plymouth and go instead to Brest. It was announced two years ago in the local press that the city had won the right to host the historic race start which was due to be a flagship event for the city’s 400th anniversary, remembering the Mayflower’s first voyage with English Puritans aboard to the New World, America. The Transat was to link Plymouth to Charleston which in turn is due to celebrate its 350th anniversary and its links to England.

Looking at the media reports Conrad it sounds like it was a big shock for people in Plymouth to learn the Transat has gone to Brest?
From what I understand they had about 12 hours notice. And I think Charleston did not get any notice that Plymouth are out. And that is why I believe they are so frustrated. They were due to sign a deal that Plymouth was the start. They have their 350th anniversary and Plymouth have their 400th anniversary. There is a major UK-US anniversary celebration and I think the political situation was signing up to a race which linked the two. The fact is that the city has been working for two years on the arrangements and The Transat was central to the celebrations for the 400th anniversary of the Mayflower. It was to be the centrepiece of the celebrations.

Did you have any direct knowledge of the race, were you involved in any capacity?
I have not been involved since 2008. After the 2004 race which I sailed and finished fifth I got involved in order to move things forwards and helped find the funding, £150,000, from the local regional development agency to effectively secure the city as host venue. The 2008 race was just before the ‘crash’. Artemis were the title sponsor. We had 30 IMOCA sixties and got them into Sutton Harbour for the first time. We had a huge event village with tens of thousands of people passing through and all eyes were on Plymouth. I can remember having conversations with the Volvo and America’s Cup organisers and them saying ‘what an incredible backdrop’. That was my first foray into event management. The America’s Cup World Series followed suit, landing at Plymouth’s feet pretty much and it is remembered as one of the highlights. I have not been involved since but I know plans this time were well advanced. It always seems to then be the fault of the host city, but event owners and managers need to look at what the city are trying to achieve. That is the fundamental here. Something has gone wrong. You have city which is prepared to secure the future of the race but politically needs to prioritise what it needs to do. In France that may be different.

We have to take it at face value and the organisers need to go where the most money is?
I am sure that is the case and you have to be pragmatic and not argue the semantics. It leaves Plymouth with the OSTAR and Twostar which should get some more attention and put them back into the limelight they deserve. My personal feeling is that moving the race to Brest it becomes a completely different race. Going to Charleston the course will go south and that is very different to the what Chichester and Tabarly and all the greats set out to do on the North Atlantic. Maybe there is space on the calendar now on a North Atlantic route but with a more Corinthian style of race going north and the pro element going south.

Can you see other options or opportunities to fill the void?
If there is a market where I would guess the Class 40s are maybe paying €10,000 to do a Transatlantic and the Ultimes maybe €30,000-40,000 then you would think there is a demand for a Transatlantic like the OSTAR where the entry is more like three or four thousand and the history of the race lies with the original course. Maybe there is a market for another race. But if not the history of The Transat is lost and the new course cannot claim the history and legacy of the race. It is in effect a new race. Entries will go where sponsors and media return is, that is a fact and that is what makes France a success. And being honest the North Atlantic was never a great course for IMOCAs looking to the Vendée Globe, with capsizes and broken masts.

It is, however, indicative of the lack of joined up thinking in the UK, the general lack of new initiatives in offshore sailing when we compare to France?
There is a real lack of public interest. Some events buck that trend, the Fastnet and double handed events are tremendously popular. I think races like the OSTAR and Twostar are run by yacht clubs which might be struggling for survival. They are not commercial and not professional marketeers but and therefore their ability to resource and raise the profile of these events have a knock on effect with everything else. But that could change quite quickly with some resources, maybe Plympouth could step in with some help here.

You have been trying to set up a training centre for young solo and offshore sailors in Plymouth for some time?
We made a few steps down that road with a Cookson 50, but it is a volatile world and owners come and go. That programme is not as far advanced as I hoped. But with the exception of a few campaigns the UK is not in a good place in that respect.

Losing Artemis and the Artemis Academy was massive…
It was a communications sponsorship for Artemis with some incredible potential for legacy development but none of the steps taken at the time ensured there was something to grow from it. Charles Darbyshore tried hard to keep it going. I think the governing bodies could have done more. And now you are left reflecting that had this Olympic decision have happened a few years earlier maybe it would all be different story. That decision on the boats is put back to 2023 and so there does not seem much of an impetus to get going. The RYA in couple of years time will start to look for teams, but their focus right now is Tokyo. Until we know what the boat is going to be there is no incentive to buy boats and do much. I went down and trialled the L30 thinking that it was a good little boat for an academy and we would purchase a couple of boats for an Academy and did get very close to doing it. But because of the procrastination by World Sailing about the choice of boats and the move by the L30 people to offer large charter opportunities, it made less sense to purchase while waiting for the right boat to be chosen. When the decision was being taken before there were only a few choices. World Sailing were making a decision then but that they have now kicked into the long grass meantime. There is a holding pattern there. And in the Cookson 50 I am still hopeful we will get a youth team in to the Fastnet.

Do you have the appetite to still do something with and for Plymouth?
I love it here. It has the greatest potential. The interest from the city has never been stronger, the focus of their marketing is ‘Britain’s Ocean City’ and I think of all the venues in the UK at the moment – with the exception of Cardiff which gets a huge amount of government support – Plymouth has done well in terms of finding resources and had pulled out all the stops for what would have been a Transat year, a flagship event for them. Plymouth missed out on the Golden Globe and it went to Les Sables d’Olonne. But the Hoe can get 50,000 people watching a sporting event. If you can have a busy event village with 100,000 people passing through the doors that is important.

You are still a regular around the French hubs, is that not an inspiration to do try and do something similar?
In France it works on so many levels. It is entirely self sustaining. Youth comes through. The technology hubs are flourishing. It is fuelling growth and all the right reasons are there why you should invest in that technology and that area. What the UK needs to do is look collectively at the south coast and say ‘what is our marine sector like and how can we take examples of what has happened between Lorient and Vannes and all the way to Concarneau and Brest. We have pockets of success but we have never had that collective approach to what in that part of France is now worth €200m a year to that region and employs 1500 people. That is just the competitive sailing world. That is amazing. There is potential on England’s south coast but they need to focus on what the marine industry would like to see as an overall vision.

In response to our interview with Conrad Humphreys last week, Hervé Favre CEO of OC Sport Pen Duick would like to make the following clarification: “The fact that Conrad said we only warned Plymouth 12 in advance of the decision is obviously completely wrong. I went to see them personally two weeks before this announcement to warn them of our discussions with Brest and offer them the chance to have a prologue Plymouth-Brest so they could go ‘out at the top.’ This meeting was followed by two further conference calls to discuss the situation before they were  told of the final decision to go with Brest for the start. They received notification as soon as we had the ‘go’ from the City of Brest, so 24 hours before the official announcement.”