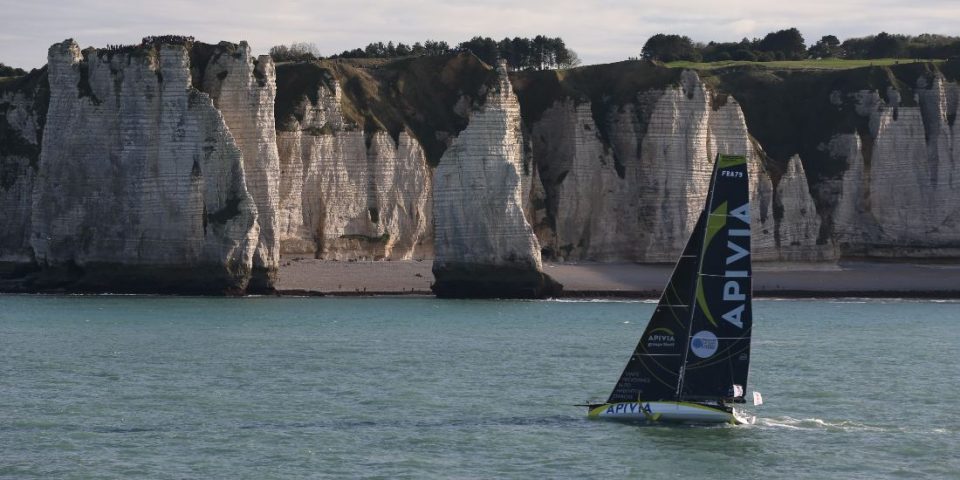 Francis Le Goff: “Everything that is best around ocean racing is in the Transat Jacques Vabre”

Thursday saw the press conference to present the Transat Jacques Vabre Normandie-Le Havre at the Maison de la Radio in Paris. It was a great opportunity for Tip & Shaft to talk to the race director Francis Le Goff who has just completed the Solitaire du Figaro as race director and looks forward to the Route du Rhum in 2022.

How is this 2021 edition of the Transat Jacques Vabre looking?
There are many exciting signs. The first is Martinique, which led a real fight to land the finish [Martinique will host the finish for the next three editions, Editor’s note], they showed that they wanted it at all costs. As we wanted to keep the north-south crossing side which is part of the identity of the Transat Jacques Vabre, that required developing different courses which, I think, add interest. Besides that, the new management has gone to great lengths to make this transatlantic race more than just a sports event. I see it in the media, it is not just sports media that are interested in it. Finally, there is a very nice level, the classes have done their job well. We focused on talking to them early on with an open conversation about the courses, which inevitably prompted discussions and questions – “Will we still get there first if there are the Ultimes, the bigger boats?” “. But, when you see the field, you tell yourself that there has been a real buy-in: everything that is best about ocean racing is there.

And so the big question. Will the biggest boats, namely the Ultims, arrive first?
According to the historical files, they have a small advantage. For the sake of clarity for the general public, we worked with Christian Dumard to try and respect that but we know very well that a Doldrums that compresses the fleet back together can be a game-changer. But even if they don’t cross first, you should be able to understand that this is a multi-class race with four winners and not just one. Teddy Riner, when he wins it’s in his weight class, not in 60 kilos, it’s the same with this transatlantic race. And the fact there is a different course for each class [except for the Imoca and the Ocean Fifty which have the same route, Editor’s note] supports this idea. It is harder to explain when you have only one course. The other thing to understand is that it is difficult for the arrival towns to animate a village that lasts three weeks or a month.

Were there other candidates besides Martinique for the finish?
Yes, there was a great candidacy like really we had never before from in Brazil, in Recife, with guarantees on docking, financial, societal and environmental commitments, they were serious contenders. They were quite disappointed by our choice, but they understood it. To go there, it would have been necessary to be able to meet them, to work together safely, and at that time, the country was in a catastrophic health situation, all the links were cut between France and Brazil, and so pragmatically Martinique is preferred. The Martinican offer and the energy they bring are, however, in my opinion superior to what Recife offered us. They really took to it, basing their organization on the model of Le Havre, and on all subjects – sports, the port, societal and environmental aspects – they are on it. It is incredible that they managed to get it all under way in such a short time.

“On the Route du Rhum, we want to put
the real competitors, the athletes, first”

Was there a need for negotiation on the number of entries?
No None. We gave the classes the number of boats we could accommodate in the Paul Vatine and Eure basins – 40 Class 40, 24 Imoca, 8 Ocean Fifty and 5 Ultims -, and we told them that if we exceeded this number, they would be offered another solution in the Vauban basin, at the entrance to the city. This is the case and has been well accepted by the Class40 which will have 5 boats in this basin. For the Ultims, this year they will all be in the Eure basin, we have made a small marina for them to be together.

A word about the Route du Rhum, whose NoR came out this summer, specifying the number of boats per class, are you for the moment, limited in numbers?
Yes, the maritime prefecture said 120 boats. It’s not impossible, like last time, that we give up a few more wild cards, but there will not be 25 more boats. On the numbers, OC Sport had to make its choices: 55 Class40, 25 Imoca, 8 Ultims, 8 Ocean Fifty, 12 and 12 for the two Rum classes. It is in these two last categories that the cases will be the most complicated, because there are so many pre-registrations. We said early in April about making selection criteria, because, inevitably, some will miss out. The first is to favor historic boats and those which have already completed the Rum, for example a Kriter VIII; then there is the number of miles covered in the race with the boat. Finally, we have a minimum TCC (time indicator) to have boats still fast enough, we want to put the athletes first, those who do not come just to tick off the Route du Rhum as ‘done’. There are other programs for that.

How do you explain the craze in ocean racing, with many boats being built, while we are going through a complicated period with the health crisis?
I think the Vendée Globe has led companies to say that sailing is a good way to communicate, we have also been able to show this sport differently. There is a desire to have that feeling of freedom that I see in my region [Francis Le Goff also heads the Normandy Sailing League, Editor’s note]: many people want to engage in outdoor sports and sailing in particular. Today, we have less difficulty than before in convincing partners to join us.