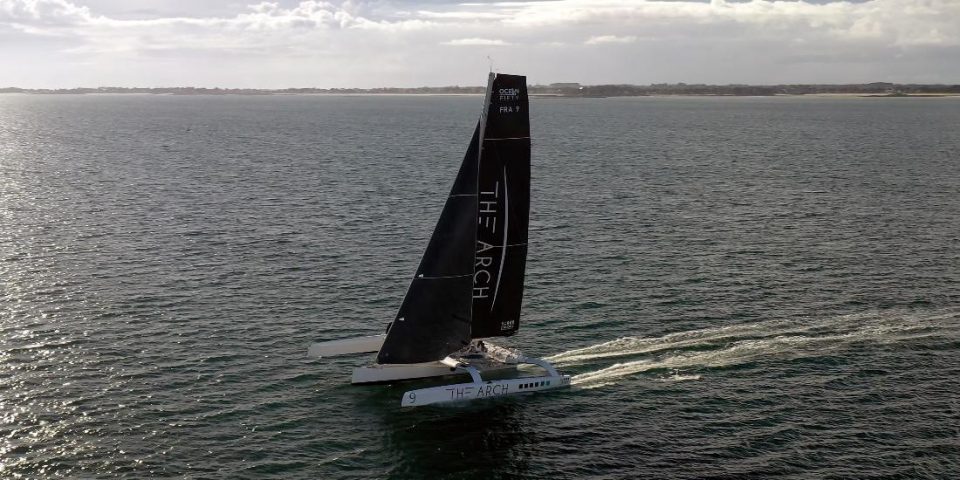 On The Market: Armel Tripon and Benoît Marie in Ocean Fifty

XAVIER MACAIRE will be Erwan Le Roux’s co-skipper aboard the Ocean Fifty Ciela Village on the Transat Jacques Vabre 2021.

BASILE BOURGNON, winner of the Youth selection set up by the Ligue de Bretagne, will accompany Damien Cloarec in Figaro Beneteau 3 on the Tour de Bretagne (July 3-11).

YANNICK BESTAVEN will be the patron of the 2021 Mini Transat, a race he won in the prototype in 2001, a little over twenty years before his victory in the Vendée Globe.

NAVICO (brands B&G, Simrad, Lowrance, C-Map) is looking for a territory manager, fluent in English is desired; permanent position, based in Saint-Herblain.

SAILING ORGANIZATION GUILLEMOT is looking for a composite technician for the end of the construction of the MG5 catamaran. Position based in Saint-Philibert in July and August 2021.

MERCONCEPT is looking for technicians / boatbuilders for the build of an Imoca (some of the positions to be filled in September, the others in November 2021); positions based in Concarneau.

ULLMANN SAILS ST. MARTEEN is looking for a sailmakerl for the coming season (November 2021 to May 2022), with the possibility of a longer contract.

ADVANCED AERODYNAMIC VESSELS (A2V) is looking for a business development intern, business school profile or equivalent, for a period of 6 months (July to December 2021), based in La Rochelle.

ANTOINE ICHÉ, currently preparateur for Yvan Bourgnon, is looking for a work-study position in a design office in a shipyard or an offshore racing team for the start of the September academic year in order to complete his training at ICAM in Vannes. Preferably in Brittany but mobile.

BAPTISTE DESIGNE is looking for a company for his M2 work-study program in the eco-design of polymers and composites at the University of South Brittany. He has various experiences at Gitana, Gunboat in composite methods and in naval architecture.

ARMEL TRIPON and BENOÎT MARIE have launched The Arch Team and will take part from now to the Pro Sailing Tour on the former Ocean Fifty Arkema 2 (Leyton last year) and also to the Transat Jacques Vabre in November.

WILLIAM MATHELIN announced the construction at Multiplast from September of a new Class40, VPLP plan, which will be delivered in March 2022.

THE FAREAST 28R, a 28-foot one-design, was chosen by the World Match Racing Tour as the finals boat from Shenzen (December 15-19). Seven units will be built for the occasion by the Shanghai shipyard, Far East Boats.

GORKA ROZAS, Spanish Basque sailing a Northwind 40, is the 23rd registered on the Global Solo Challenge, the French LOUIS ROBEIN the 24th.

THE WORLD YOUTH CHAMPIONSHIP 2021 will take place from December 11 to 18 at Mussanah Sports City (Oman).

VALENCIA, where the America’s Cup has already taken place twice (2007 and 2010), has applied to host the 37th edition.

WASZP: The Waszp European Games have been moved, instead of Norway, they will be raced from August 11 to 15 on Lake Garda.

THE PLYMOUTH FASTNET 500 RACE is the new name of a race initially called the Plymouth Lonely Rock Race, the first edition of which will start on July 4 from Plymouth to go to the Fastnet before returning to the English port.

EXHIBITION: From July 12, the Bourse ferry terminal in Saint-Malo will host the 50 stories of the Route du Rhum exhibition..