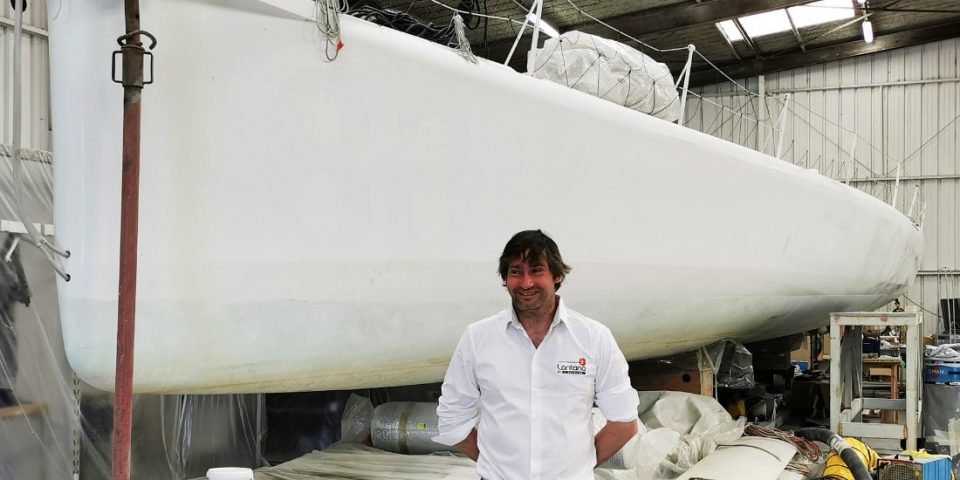 On The Market: Louis Duc with Marie Tabarly and a new partner

THOMAS GAVERIAUX, a veteran of the America’s Cup (Oracle, Luna Rossa) and the Persico Marine yard in particular, has just been appointed general manager of TR Racing, the structure of Thomas Ruyant.

ROLAND JOURDAIN will team up with Stan Thuret aboard his Class40 Everial on the Les Sables-Horta starting on June 27.

JEANNE GRÉGOIRE took on the management of the Pole Finistère offshore racing division in Port-la-Forêt on June 1, succeeding Christian Le Pape, who took his leave before his official retirement on September 1.

SIR STEPHEN TINDALL has retired as chairman and director of the board of Emirates Team New Zealand.

TIP & SHAFT is recruiting a content and digital marketing project manager to support it in its next developments; position based in Lorient-La Base, to be filled immediately.

PIP HARE RACING OCEAN are looking for a preparateur experienced in onboard systems to join our small Poole based team.

MERCONCEPT is looking for a technical manager – engineer / senior technician training – for its offshore racing projects, as well as a technical project manager for its diversified projects (maritime transport, one off … ); positions to be filled immediately, based in Concarneau.

GRAND LARGE YACHTING MÉDITERRANÉE is looking for a mechanical engineer within its design office; a permanent position to be filled immediately, based in La Grande Motte.

AVEL ROBOTICS is recruiting a technician in composites, manual manufacturing and by A.F.P machine, and a design engineer, putting into production of composite materials; permanent positions to be filled immediately, based in Lorient.

THE MINI-TRANSAT is looking for volunteers to help at the 23rd edition from September 8 to 30 in Les Sables d’Olonne.

DAVID RAISON Naval Engineering is looking for a trainee engineer / naval architect for multidisciplinary missions: mechanics, structure, technological and regulations observance a 4 to 6 month internship, based in the Lorient region, to be filled in July.

LANTANA PAYSAGES is committed as a partner of Louis Duc “for a significant part of the budget of his Imoca project”, the Normand is looking for a second partner for the Transat Jacques Vabre that he will run with Marie Tabarly.

727 SAILBAGS is the official supplier of the 82nd edition of the Bol d’Or Mirabaud.

LA TRINITÉ-COWES BY ACTUAL changes its course due to the Covid situation, the race won’t go to Cowes but to Cherbourg, start on July 4.

THE TOUR VOILE joined forces with the NGOs No Plastic In My Sea and the Water Family to promote eco-responsible behavior during the 2021 edition.

SAILING ARABIA THE TOUR, which was to open the 2021 Diam 24 od season in January, will finally take place at the end of the year, from November 24 to December 5.

KUEHNE+NAGEL has signed a new 5-years partnership with Boris Herrmann.

THE US SAIL GP TEAM launched Thursday Foiling First, a development program created to become the first ever professional pathway to foiling in the U.S. and a catalyst for monumental change in the sport of sailing.