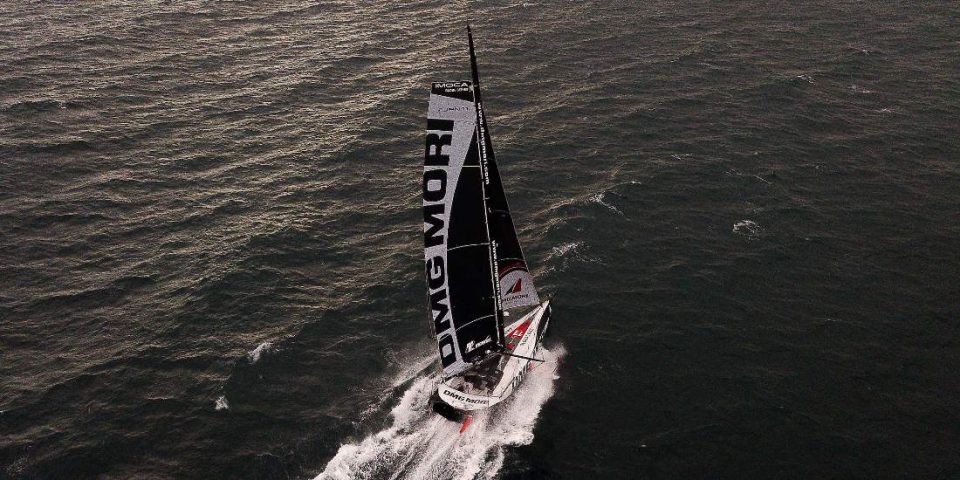 On The Market: DMG Mori launches its Sailing Academy

GUILLAUME CHIELLINO, director of the Olympic French team until now succeed Jacques Cathelineau who retires on August 1 as national technical director of the FFV, the French Sailing Federation.

NICK BICE has been appointed as race director for the first edition of the Ocean Globe Race, SÉBASTIEN DELASNERIE as media director.

BENJAMIN DUTREUX will be Damien Seguin‘s co-skipper aboard the Imoca Groupe Apicil for the 2021 edition of the Transat Jacques Vabre and as in 2019, DAVY BEAUDART will be co-skipper of Louis Burton aboard the new Bureau Vallée.

TOM LAPERCHE has been chosen by François Gabart to accompany him on the Transat Jacques Vabre transatlantic race aboard his new Ultim SVR-Lazartigue.

ROUTE DU RHUM 2022 CALL FOR PROJECTS: a national consumer company is looking for a skipper for the Route du Rhum 2022. Profile: young person with high potential or experienced (30-40 years old), already having a track record in the race for broad, good communication skills to share his experience internally. Send your application file to the Mer & Media agency.

MERCONCEPT is looking for technicians / boatbuilders for the build of an Imoca (some of the positions to be filled in November 2021); positions based in Concarneau.

ANTOINE BRUNEL, ex of the Imoca LinkedOut, Prysmian, SMA, offers his services as a rigger / deckhand or versatile preparer. Available from August 15 for short or long missions between Port la forêt and Lorient.

JEAN-LUC VAN DEN HEEDE announced last week that he is ending his activities as a professional sailor and at the same time closing his company.

ARMEL TRIPON and BENOÎT MARIE  launched a new team in Ocean Fifty which will carry the colours of The Arch, the event set up by Damien Grimont and Profil Grand Large for 2023, for this they have bought the former Arkema which is racing this week on the Pro Sailing Tour at the Grand Prix of Las Palmas de Gran Canaria.

BARCOLANA: registrations (unlimited) for the 2021 edition of the Barcolana (departure October 10) are open. The race will also serve as a framework for the Barcolana Sea Summit (October 6-9), a conference dedicated to the preservation of the Mediterranean, the race welcomes a new official partner, Murphy&Nye.

THE 36TH AMERICA CUP was the most viewed in history according to a Nielsen study which reveals a cumulative audience (TV and live streaming) of 941 million people and spinoffs of around 825 million euros in media value.

THE DRHEAM CUP 2022, for which the NoR has just been published, will take place from July 13 to 23, with three courses of 600, 1000 and 1500 miles between Cherbourg-en-Cotentin and La Trinité-sur-Mer and twelve invited classes. As in 2018, the event will qualify for the Route du Rhum-Destination Guadeloupe.

THE OCEAN GLOBE RACE on Tuesday presented some of the entrants (numbering 24 to date) who on September 10, 2023 will take the start of this crewed round-the-world race launched for the 50th anniversary of the Whitbread. Among them Marie Tabarly, who will lead Pen Duick VI, Dominique Dubois, boss of the Carboman Group (which includes Multiplast), Lionel Régnier on L’Esprit d’Equipe, winner of the 1985-86 edition of the Whitbread and also Tracy Edwards who will lead Maiden, with whom she raced the 1989-90 edition leading a female crew.

ZHIK has signed a partnership as the official supplier of the Australian Olympic team for the Tokyo Games.

HANLEY ENERGY has signed up as a partner of the Irish team RL Sailing which, with Kenneth Rumball and Pamela Lee, will line up in Figaro Beneteau 3 at the start of the Tour de Bretagne and the Fastnet.

BRETAGNE DÉVELOPPEMENT INNOVATION has updated its study on the economic data of competitive sailing in Brittany.

TEAM INTERLODGE, led by Americans Austin and Gwen Fragomen, will return this year (after a four-year absence) to the 52 Super Series circuit on former Azzurra, which won the circuit in 2019.

DMG MORI has just launched the DMG Mori Sailing Academy, a structure welcoming young sailors for the Mini Transat 2023 and is looking for a skipper trainee, program start is in February 2022