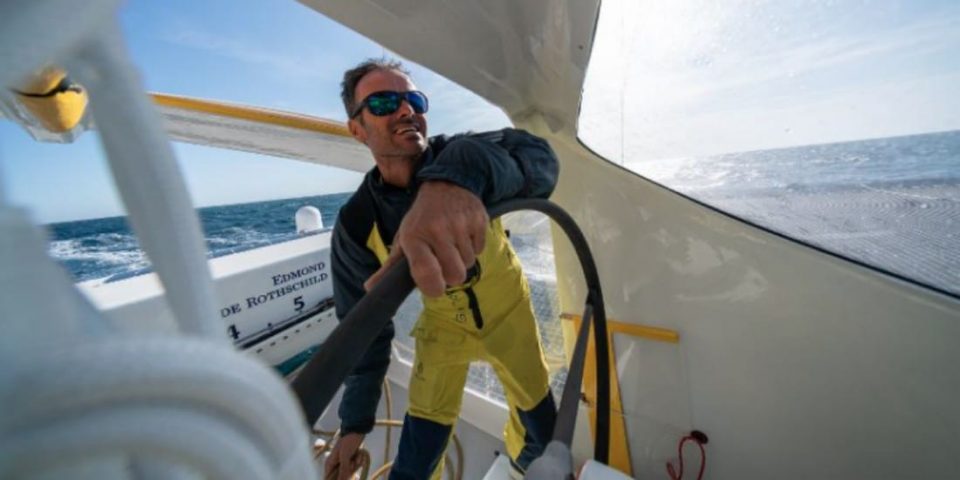 On the Market: Franck Cammas French Sailor of the Decade

FRANCK CAMMAS was elected Sailor of the Decade by a jury assembled by the FFVoile – on which Tip & Shaft were members – that was chaired by Michel Desjoyeaux. In addition, JEAN LE CAM received the 2020 solidarity prize for his rescue of Kevin Escoffier in the Vendée Globe.

JEAN-BERNARD LE BOUCHER, director of the Macif sea activity, was elected president of the Figaro Bénéteau class to replace Yvon Breton. A new board of 10 members was also elected.

JAGANDA, a JPK 10.10 owned by Briton Richard Palmer, won RORC yacht of the year, notably it won the Transatlantic Race and the Caribbean 600 in the two-handed class.

ALAIN BOSCHET took over as head of nke Marine Electronics and nke Instrumentation, companies he bought from the former manager Jean-Claude Le Bleis, with the support of Unnexo, associated with Mer Invest and Breizh Invest PME.

BEYOU RACING is looking for an engineer or naval architect to strengthen the design office for the Charal project, as well as a technician responsible for electricity / electronics / IT / satellite communication, 5 years minimum experience for both positions; fixed-term contract which may lead to a permanent contract, based in Lorient, to be filled in early 2021.

FABRICE AMEDEO is looking for a boat captain, the position to be filled in early March 2021, based in La Trinité-sur-Mer.

CAPONNETTO-HUEBER is looking for a naval architect, a marine CFD engineer  and developer and a data scientist/machine learning engineer, and also a business developer and a marketing and communication responsible. All jobs located in Valencia (Spain).

JULES AUGUIN a graduate from a MEng ship science / yacht and small craft from the University of Southampton is looking for a CDD / CDI as as an architect / naval engineer in  the field of sailing. Mobile and available from January 2021.

TIP & SHAFT is launching a new workshop “How to structure your offshore racing project” led by Julien Molina, chartered accountant and specialist in offshore racing projects, January 21, 2021 in videoconference (8 p.m. to 10 p.m.). Session limited to 9 people, book here. In addition, a new session of workshop “Prepare your Mini-Transat project”, led by the former President of the Mini class, Lucas Montagne, is scheduled from 1 to 3 February, places limited, bookable here.

VPLP and MULTIPLAST have joined forces to design and build their first Class40, called Clak 40. Two examples have already been commissioned by former Minists Andrea Fornaro and Nicolas d’Estais, a third build spot is still available before the Transat Jacques Vabre 2021.

THE FIGARO BENETEAU CLASS has unveiled its provisional program for the season 2021, which will include 7 events: the Solo Maître CoQ, the Sardinha Cup, the Transat Concarneau-Saint-Barthélémy, the Tour de Bretagne, the Solo Guy Cotten, the Fastnet Race and the Solitaire du Figaro (departure August 22 or 29).

THE TRANSAT EN DOUBLE CONCARNEAU SAINT-BARTHÉLEMY (ex Transat AG2R) has a start scheduled for May 9, and the NOR is published (in French
and in English) ; registrations are already open.

2020 SYDNEY-HOBART has been cancelled because of COVID-19 concerns. A virtual race will start Saturday on Virtual Regatta.

SAINT-TROPEZ will host from September 11 to 12, 2021 the 5th stage of the season 2 of SailGP, which will be followed by another European stage a month later, in Cadiz (October 9-10). The finals will be run in April 2022 in San Francisco.

OAKCLIFF SAILING is committed to the World Match Racing Tour to organize from August 4 to 16, 2021 an Oakcliff Match Racing Academy in Oyster Bay, intended to train sailors in match racing.

THE FASTNET RACE will open its registrations on January 12; they must be done via the SailGate system.

THE CLASS40 has withdrawn the Globe40 from its official calendar following the postponement by one year of this race around the world by stages, which suddenly clashed with the Route du Rhum 2022.

THE FRENCH OLYMPIC WEEK OF HYÈRES will take place from April 17 to 24 2021, it will include the 10 events of the Tokyo Games and the 4 new for the Paris 2024 Olympic Games, including the mixed ocean race (which is not yet definitively validated).

ETF26 SERIES will consist of six events in 2021, from April to October.

THE TF35 TROPHY will be launched in 2021 with a calendar of seven dates, including two in Italy, in Scarlino.

AMERICA CUP: The organizers of the 36th Cup have announced a second wave of regatta broadcasters around the world.

THE RYA launched the UK Double Handed Offshore Series, aimed at promoting and growing shorthanded offshore sailing in the UK.

IRIDIUM announced the launch of a new global maritime distress and safety system operating throughout the world.

THE DIAM24 CLASS has launched a call for applications for the organization a sailing event in July 2021, replacing the Tour Voile.